Betrayal equals drama and drama on a soap opera equals great daytime television. There have been countless betrayals on the popular soap, General Hospital (GH), over its 53-year tenure which makes it no surprise as to why this show has lasted the long haul. But what are the best of the best when it comes to betrayals in Port Charles? Below is an overview of the five biggest betrayals on GH.

Elizabeth Webber is undeniably one of the most popular GH characters currently still on the show. Sweet, sexy and nurturing, Liz has a tremendous history in Port Charles and has had some pretty incredible leading men in her time. One of which, just happens to be the infamous Jason Morgan. When Jake Doe first rolled into town, Liz naturally was drawn to his rugged good looks, mystery and ‘bad boy’ attitude. Maybe that’s because Jake was indeed Jason, one of the loves of her life. In the end, the soap opera girl next door, who is known to have a sly side, ended up betraying Jason when she learned of his true identity, but hid it from him as he was struggling with amnesia. While some fans can acknowledge the fact that Liz did this out of love, it was still a terrible thing to do. Watching someone you love struggle when you can provide them with information that can help is kind of unforgivable.

4. A Mother Betrays Her Daughter…Twice

It’s bad enough when your boyfriend cheats on you with another woman, but when that woman ends up being your mother, well, that can be the ultimate betrayal. Still, when your mom has two separate affairs (multiple jumps in the bedroom both times), then there is no mending a mother/daughter relationship. However, the entire scenario does make for some great daytime T.V. In all fairness, the first time Ava and Morgan hooked up, Kiki dumped Morgan for his brother Michael. However, the second time Morgan and Ava got together (when Ava was pretending to be her twin, Denise) – they were doing it behind Kiki’s back while Kiki and Morgan were dating. It’s uncertain what Morgan’s infatuation with Ava was back then, but thankfully he has moved on and re-gained his senses.

The paternity around Michael Corinthos Quartermaine was a huge betrayal in itself. The boy was first thought to be Tony Jones’, then Jason Morgan’s, then Sonny’s, and finally it was revealed that he was A.J. Quartermaine’s biological son. Michael was raised as Sonny’s son despite zero bloodline, but when A.J. returned to town in 2012, the two grew close and started to bond over time lost. Sadly, A.J. was shot by Sonny in early 2014. Hungry to avenge the murder of his love Connie Falconeri, Sonny believed A.J. to be the murderer despite the fact that it was actually Ava Jerome. Sonny knew how close A.J. and Michael had gotten and despite the love for his son, Sonny shot A.J. in plot for revenge – ultimately betraying Michael.

When Julexis got married earlier this year, fans of the couple rejoiced and it seemed like all was well with the world. Julian promised his blushing bride, he would remove himself from the mob scene so the two could live a life of bliss, together. It seems that promises are made to broken, and with only months into the marriage, it’s crystal clear that the honeymoon phase is over! Julian betrayed his promise of leaving the mob behind, killing Carlos to help keep everything under wraps and now Alexis has been dragged into all this despite the fact that she had no involvement. Sometimes betrayal between a husband and a wife doesn’t always revolve around affairs.

1. Surrogate Maxie Gives Birth To Her Own Love Child

After all Maxie Jones and Lulu Spencer have been through, it’s a miracle these two are still besties. Back in late 2012, Maxie agreed to the ultimate sacrifice, and decided to become a surrogate to Lulu and Dante, as the couple could not carry a child full term on their own. Sadly, within weeks of the pregnancy, Maxie miscarried. She went back to the doctor who had handled the insemination for help, Britt Westbourne, only to find out she was pregnant herself, after conceiving a child during a one-night stand with Spinelli. Maxie kept this secret to herself (and Britt) during her entire pregnancy and after the baby’s birth, as Spinelli was blissfully in love with Ellie and Maxie did not want to destroy that. The truth finally came out, during Baby Connie’s (a.k.a Baby Georgie’s) baptism. After a terrible court battle, a judge awarded sole custody of the child to Spinelli. The heartache that Lulu and Dante suffered having to give up a child they thought was theirs was awful. 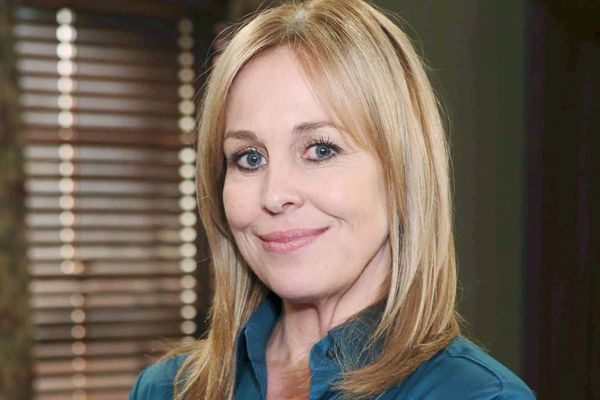