Recasting an established character on a daytime soap opera is not an easy thing, especially when said character is an integral part of the show or a fan favorite. However, to move a storyline along, recasting is an essential part of soap opera life, especially when it is hard to get the original actor or actress to come back to a show. GH hasn’t always gotten the recasting thing right and below are the top recasting fails.

Actor Tyler Christopher originated the role of Nikolas Cassadine in 1996, and when he left the show in 1999, Stephen was recast to play the part. It’s never easy to step into an established role, and when Martines left GH in 1999, Tyler became Nikolas once again, much to the delight of fans everywhere. 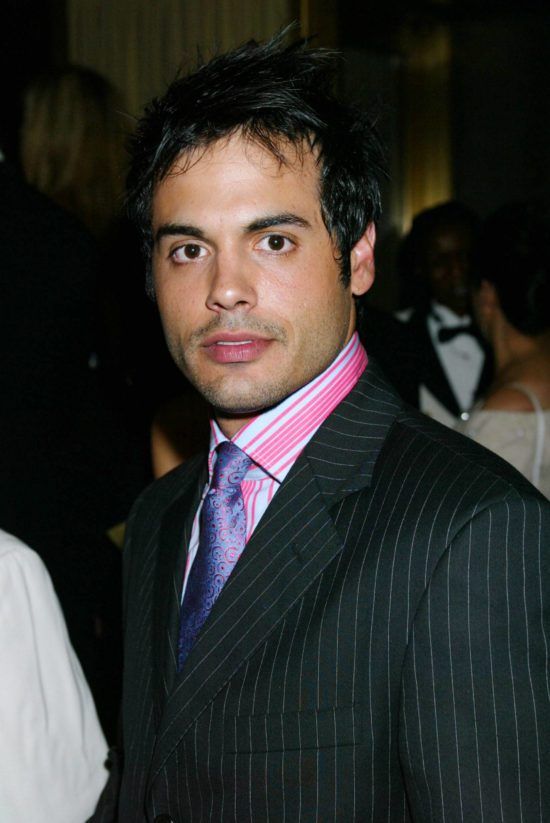 Speaking of, Christopher was going through some contract negotiations with the show in 2016 and Stabile was temporarily recast in the Nikolas role. When it was clear that Tyler would not be returning to GH, Cassadine was done away with. At the end of the day, clearly, Nikolas just didn’t seem the same without Christopher playing the part. 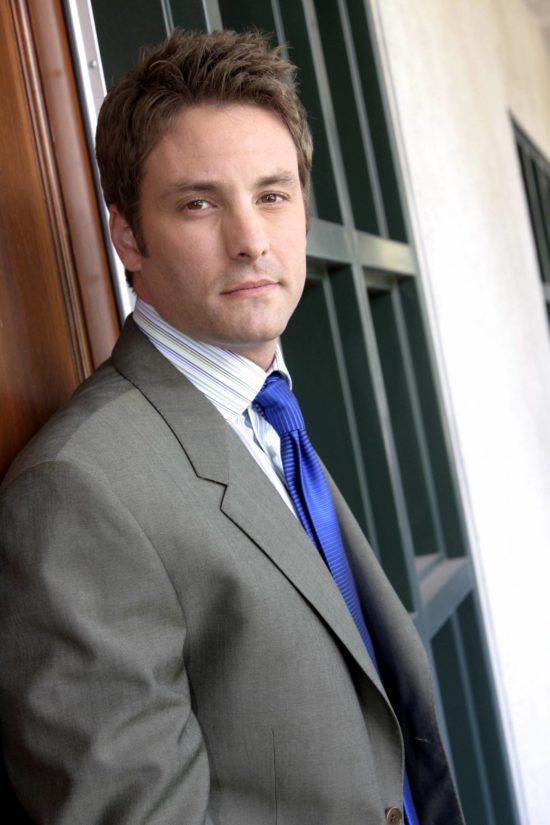 Who else misses Vinessa Antoine as Jordan Ashford on GH? When Antoine exited the role last year, Briana stepped in, and has received some mixed feedback. Recasts are never an easy thing, and while Henry is clearly doing her best, there are many fans who wish Antoine would return. She really made the Jordan character who she is. Sometimes, these things take time. 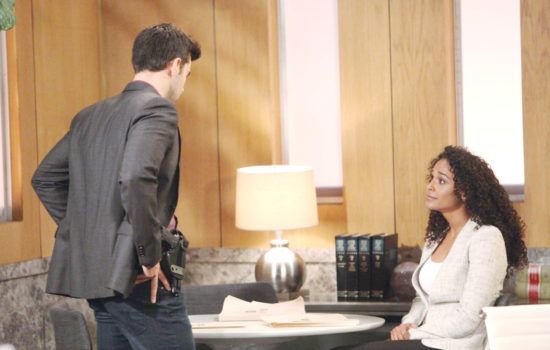 Yet, sometimes years can go by, and fans will still miss the original actor/actress, and such is the case with Emme Rylan and the character of Lulu Spencer. Julie Berman stepped into the role as a teenaged Lulu in 2005, and grew with Spencer as she transformed from a misfit teen into a responsible adult. While Rylan took over back in 2013 and has put an interesting spin on the character, there are some fans who still believe that Berman made the best Lulu. 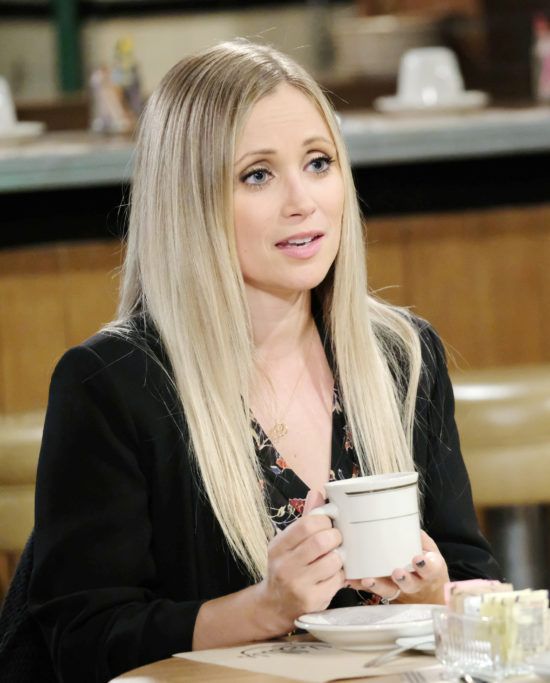 Actress Lexi Ainsworth transformed “little” Kristina into a teen after the character went through soap opera rapid aging syndrome (SORAS) in 2009. She’d leave GH in 2011, and Lindsey Morgan was recast into the role in 2012. Morgan didn’t quite nail what Davis was all about, and she ended up leaving the part in 2013. Thankfully, Ainsworth is currently back as GH’s Kristina and is involved in quite the interesting cult storyline. 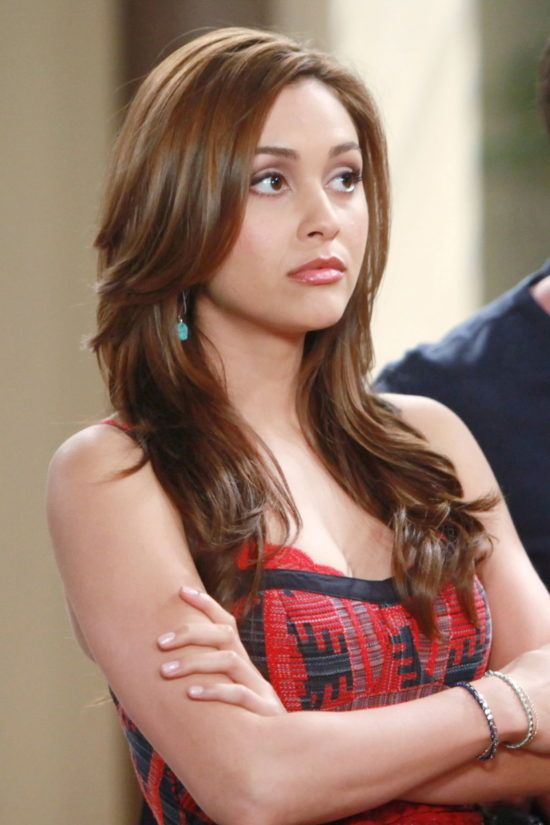 Billy Miller is an incredible actor with great presence on GH; however, Carly and Sonny aren’t the only two that never truly believed he was Jason when he arrived in Port Charles back in 2014. The Morgan role is one that can’t be recast, and as we all learned during Steve Burton’s explosive return to the show in 2017, there really is only one Jason. Writers and producers felt this too, and storylines were rewritten to include a new character known as Drew Cain (a.k.a. Andrew Quartermaine). Now GH fans have the pleasure of watching both Miller and Burton on their television screens, and Billy makes a far better Drew than he ever did a Jason! 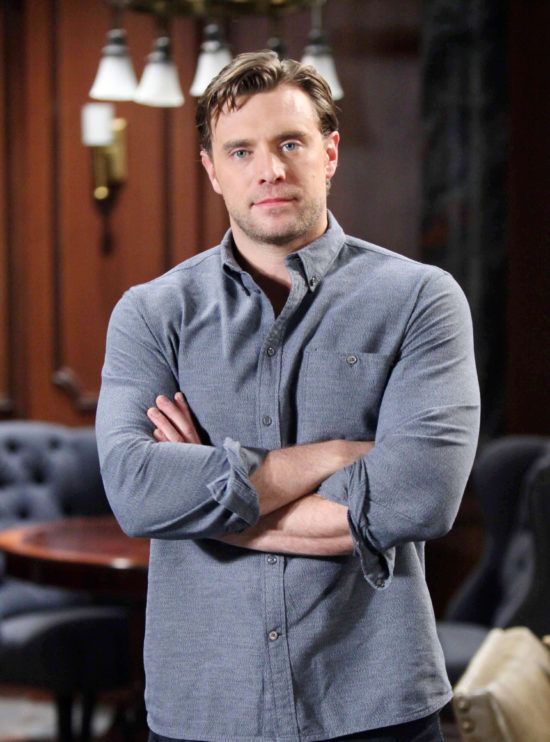 Taking nothing away from the incredible acting talents of Roger Howarth, the original character of Franco was made famous by movie and film actor, James Franco. Seeking out to work with GH and having the same agent as Steve Burton (the original Jason Morgan), James Franco played the eccentric artist turned serial killer, who had a weird obsession with Jason in 2009. Acting as a guest star, James Franco added a star-like quality to the role, and because Franco didn’t appear on the show regularly, when he did, it seemed like a genuine treat for GH fans. Originally playing Todd Manning on GH due to a contract dispute GH had with Prospect Park about the character, Howarth stepped into the Franco role in 2013. While he has done an incredible job with the role, sometimes no matter how hard an actor can try, there is nothing like the original.

Kiki Jerome burst onto the Port Charles scene in 2013 as the young woman who caught the eye of two brothers: Morgan and Michael Corinthos. Feisty, passionate and strong, the original actress who played Kiki, Kristen Alderson, was simply able to portray the character and capture her true essence. In January of 2015, Alderson decided against renewing her GH contract, and that’s when Hayley Erin entered the picture. Sadly, Erin was never able to add that spark and seductive quality that Alderson had when it came to nailing down the character. 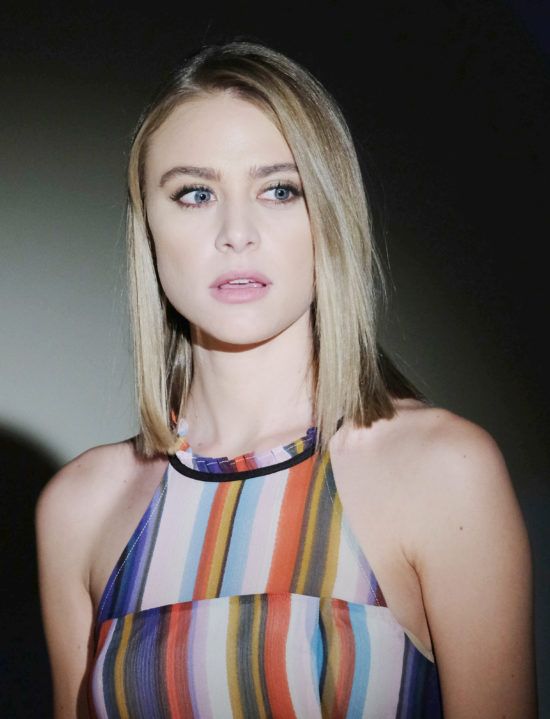 When Sean Kanan was placed in the role of A.J. Quartermaine in 1993, GH fans simply could not believe the brotherly resemblance between him and Steve Burton (Jason Quartermaine at the time, later to be referred to as Jason Morgan). He was a perfect fit for the role of the alcoholic older Quartermaine brother, and fans grew to know, love and respect his portrayal of A.J. When Kanan left the series in 1997, Billy Warlock was recast in the role, and while he did do a solid job when it came to portraying A.J., it never felt the same to fans. Warlock left the show in 2003, only to return briefly in 2005. While AJ was killed off when Warlock left GH once again – fans were surprised to learn that in 2012 (seven years later), A.J. was in fact, alive … and this time played by Sean Kanan. 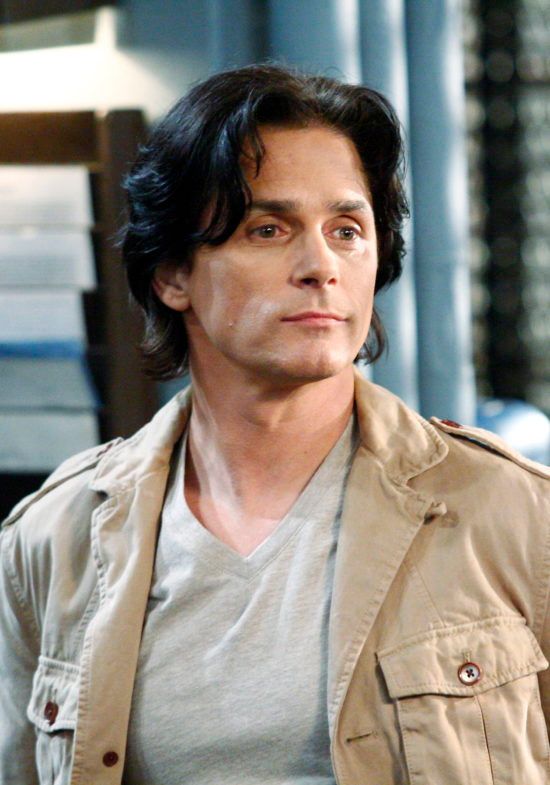 The offspring of the greatest super couple of all time, Luke and Laura Spencer, GH fans watched Jonathan Jackson grow up on the small daytime screen as Lucas Lorenzo Spencer JR, affectionately referred to as Lucky. Jonathan was only 11 years old when he slipped into the role, and as he grew from kid to teenager to man, the evolution of the character and watching him fall in love with Elizabeth and building a family of his own was a unique experience for fans of the show. Alas, Jackson left GH in 1999 for bigger and better things and Jacob Young was recast in the role. Young struggled with portraying Lucky and simply was a recast fail. Greg Vaughan stepped into the role in 2003 after Young left, and while he did a better job, when most fans think of Lucky Spencer, they think Jonathan Jackson. 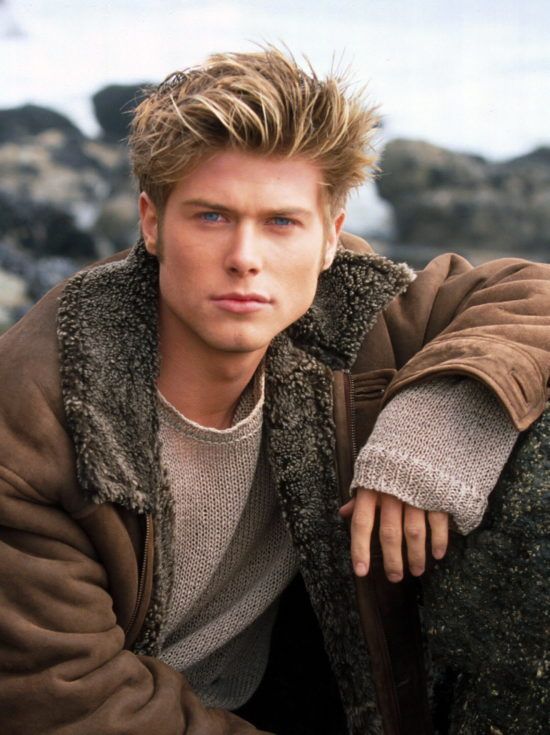 The chemistry that Sonny Corinthos and Kate Howard had during their relationship was phenomenal, so much so even Carly Corinthos (Sonny’s ex) couldn’t help but take notice. The original Kate/Connie, played by Megan Ward, provided viewers with a solid portrayal of a smart, beautiful, talented woman, who had a no-nonsense way about her when it came to business. Bringing in a history of love from Sonny’s past, the two characters created magic on-screen as viewers watched their romantic story unfold once again. While the character turned a different corner in 2011 (and Kate was now Connie thanks to a split personality disorder), Sullivan’s portrayal of Kate spiraled into something of its own. Even the storyline where Sonny began falling for Connie (the other personality of Kate) was weak at best. 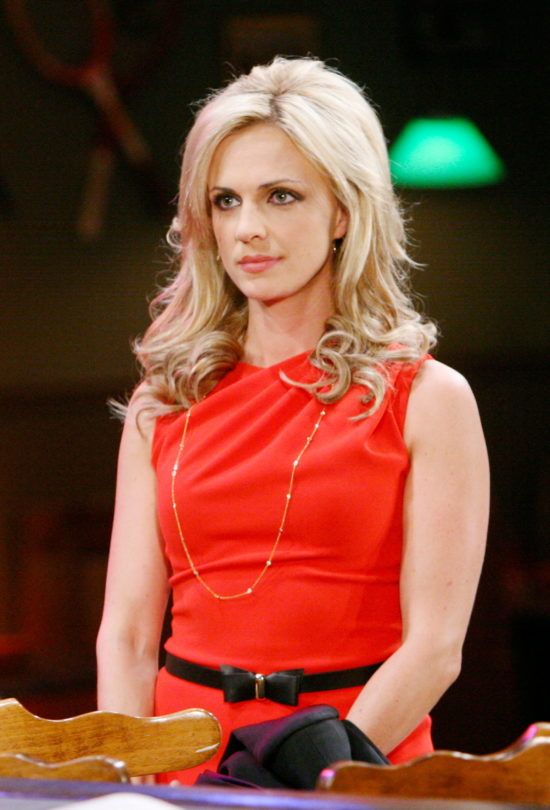 Does anyone remember Carly #3? Believe it or not, there was another actress who played the ever-popular and feisty Carly Corinthos between Tamara Braun and Laura Wright and, even if you were a fan of GH during 2005, you may have missed her. That is because she played the role from only April to October of that year. While the question of ‘which actress played Carly Corinthos the best?’ may bring out different answers from different fans of the show, most can agree that Bransford’s portrayal of Carly wasn’t as solid as Sarah Joy Brown, Braun or Wright. Perhaps she didn’t have enough time to sink her teeth into the role or maybe it was simply never meant to be. 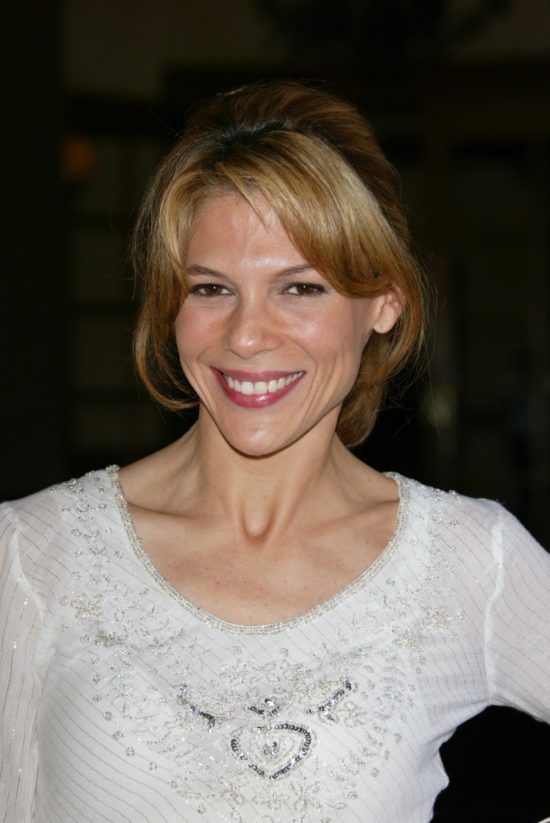 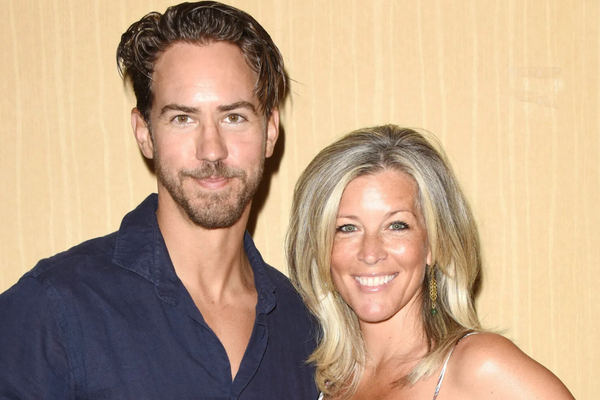