Port Charles is filled with a lot of romance, a little super spying, some Cassadine drama, and a ton of mob action. General Hospital (GH) is known for telling some amazing stories, but one of the greatest aspects of the show are the friendships that have cultivated over the years in this small town between the various characters. As such, below are seven great GH BFF relationships.

These two became friends almost instantly in the mid-to-late 1980s and have been close ever since. Their connection? Well, Anna was a former WSB super spy and Felicia was in love with one (Frisco Jones) and the two ladies embarked on many crazy adventures saving the world (and each other) from disaster. So nice to know that three decades later, these women are still rather tight.

Remember when all the cool kids in Port Charles resided at the Brownstone? It seemed like at one point or another all the older GH characters lived there and it was at this time when Bobbie and Felicia bonded to become besties. It also didn’t hurt that at one point they were sister-in-laws and part of the same family. Bobbie was married to Tony Jones, while Felicia was hooked up with little brother Frisco. The two have managed to keep their friendship, despite ups and downs (as well as divorces) over the years.

Once frenemies, Lulu and Maxie have moved well past their differences and are now bonefide BFFs. There was also that time where Maxie secretly was carrying her and Spinelli’s child only to pawn it off as Dante and Lulu’s. This is all in the past and now the ladies are always there for each other. Their BFF status is stronger than ever!

When two former super spies are focused on justice and keeping the streets of Port Charles safe, nothing can stop them — which makes this BFF duo so remarkable. Doney entered GH in the early ‘80s and these old WSB chums picked up where they left off. They went on spy adventures together, helped solve crimes in town, and were all around buddies. Any GH fans miss these two on their television screens? Might be time for a reunion!

The beauty of soap opera friendships is that they can take different forms. Sometimes a man and man can engage in a bromance, sometimes two ladies can become instant besties, and other times a man and a woman can become BFFs. Lucy and Scotty do walk a fine line though, as former lovers they have been known to jump in the sack together now and again, but any GH fan can agree, they are so much better as just friends.

Jason Morgan was originally Sonny’s mob sidekick when the two met each other decades ago, but over the years their working relationship has turned into a solid friendship. Both are hardened criminals and cold-blooded killers at times, but when it comes to each other, there is a lot of love there. These two aren’t just BFFs, they have become like family.

The number one spot belongs to a sweet BFF friendship that actually stemmed from flirting and a romp at Jake’s bar. Carly and Jason may have dabbled in some one-night stands together in their early years, but that is water that is far under the bridge. They have a beautiful friendship and Jason is more like an uncle to Carly’s kids than just a friend nowadays. One has to wonder just how Jason has stayed sane all these years, constantly being stuck in the middle between Carly and Sonny’s on-and-off battles together? It’s got to be a hard spot to be in at times. 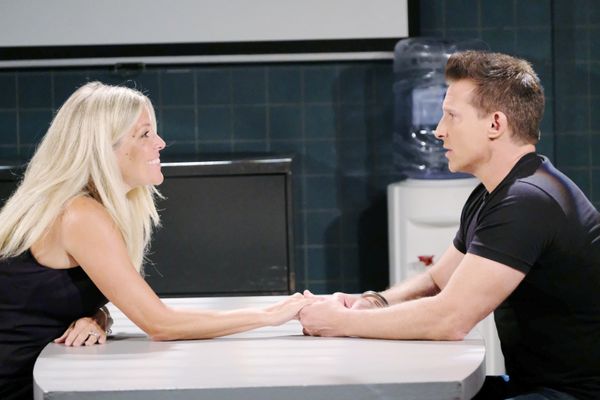