The summer of 2015 has not been a great one for quite a few of Hollywood’s favorite A-list couples and fresh of the shock of the divorce between Ben Affleck and Jennifer Garner and then Blake Shelton and Miranda Lambert, Gwen Stefani and Gavin Rossdale have also called it quits. Although some aources indicate the split has been coming for quite some time, most of the world was shocked over the news, considering the couple had been together for 19 years, married for 13 and had three children together. They made the announcement of their divorce together while citing it was mutual. The two will “remain partners in parenting” and of course asked for privacy while working out the finer details of the split. Naturally, nothing in the celebrity world is kept totally private and as time goes on more and more comes out about their marriage and divorce. Check out these 7 Shocking Revelations From Gwen and Gavin’s Divorce.

7. They Were Not Planning A Third Baby

Many who thought that the pair were going strong and were very in love pointed to the fact that at 44 and 48 years old they expanded their family once more, welcoming their son Apollo in February 2014. It turns out however that Apollo was a bit of a surprise, with Gwen stating in an interview she told her oldest son Kingston, “We’re not having any more. This is our family,” when he asked her if she was having another baby before she was pregnant with Apollo. The way in which she told Gavin and his reaction also shed light on possible tension of a third pregnancy. Gavin recalled, “I got this email on the road, from Gwen, and the title was in capitals, ‘LOOK WHAT YOU DID TO ME NOW.’ I was like, ‘What is this?’ My blood pressure went through the roof. And I opened the e-mail, and it was the pregnancy stick.” Gavin was also able to pinpoint the exact night Apollo was conceived. “I wasn’t home that often, but I did go home for Father’s day,” he said. Her “look what you did” received by a panicked Gavin and the fact he knows exactly when they did the deed due to his absence paints the picture of a much more strained family relationship than most perceived.

Sure some are stating that trouble in the marriage has been brewing for a while, even years, but going by Gwen’s own interviews things went downhill pretty quick. Earlier this year the blonde beauty opened up to Cosmopolitan for their March 2015 issue where she gushed about how “hot” her husband is and what makes their marriage work after so much time, giving readers the distinct impression of a love still burning hot. “We go through so much together—it’s a miracle we could stay together this long. [Gavin’s] on a short tour right now, and he wrote me the sweetest note this morning. It’s good to have those days when we both do our own things. I think that’s what keeps relationships going, when both people can be themselves and have their own individuality.”

5. Gwen Wanted To “Edit” Gavin’s Past

The pair definitely had their fair share of drama as most couple’s do and many will remember the scandal they went through in 2009 when cross-dressing pop star Peter Robinson better known as Marilyn came forward with his story about the relationship he had with Rossdale in the ’80s. Although Gavin initially denied it, he did admit he lied but portrayed the relationship with Marilyn as a one time thing while Marilyn insisted it lasted for years. Regardless, they stuck through it but in a new interview in which Marilyn said he spoke to Rossdale right before the split he indicates Gwen did not want to acknowledge Gavin’s past. “She didn’t want to know or acknowledge certain things about him. She wanted to edit his past and he wanted to as well. But how do you go into a relationship and not be 100 percent honest? You can’t have an ongoing stable relationship being untruthful or unaccepting. I just don’t get it,” Marilyn told Radar Online.

4. She Reportedly Couldn’t Trust Him

The Marilyn scandal came about seven years after they were married, but they first had to tackle another scandal that came out about Gavin only two years after they were married–he had a love child. In 2004, DNA tests proved he had fathered a child with a friend, something he never mentioned to Gwen. “He called our relationship an experimentation, indiscretion of youth,” Marilyn added in the interview. “Our experiment went on for five years! If you don’t live your own truth, whatever it may be, how can you be happy? You’re not at peace with yourself,” he said before speculating that the trouble arose from Gavin lying. “I think the fact Gavin couldn’t be upfront about certain things was the problem […] I would want to know where you’re going, who’s the text from. I would be suspicious that the person wasn’t being honest with me. I can imagine Gwen would have a similar problem.”

3. She Is Denying Spousal Support

Gwen was the one who filed for divorce and all seems to be mutual with proceedings concerning the children. Both parties filed for joint custody via their separate attorneys at the same time, indicating an agreement but of course there is a lot more to divorce than that. Along with those details, TMZ is also reporting that Gwen is denying Gavin spousal support which, if  it wasn’t previously agreed upon as well, is usually where divorces get messy.

2. She Is Worth Much More Than He Is

Both Gwen and Gavin are celebrities in their own right but there is no argument that Gwen is a much bigger celebrity than Gavin now. Back in the ’90s he was in his prime with Bush and although he is still touring, his career has definitely been eclipsed by Stefani who aside from her time with No Doubt also enjoyed a successful solo career and started her very own brand, L.A.M.B. In divorce it all boils down to money and reports indicate she is worth $80 million, while Gavin’s worth falls at $35 million. Depending on how everything plays out, the difference in money could grant Rossdale a pretty good case for spousal support should he go after it.

1. They Had No Pre-Nuptial Agreement

Last, but certainly not least, is the biggest revelation of all, the fact that the two do not have a prenup. Unfortunately for Stefani this means by California laws her $80 million gets thrown in with Gavin’s $35 million and it all gets split down the middle. No matter how amicable newly split couples seem to be, there is almost always trouble when there is no prenup between two with lots of money because, odds are, Stefani is not wanting to give half of her hard earned money to her ex-husband. 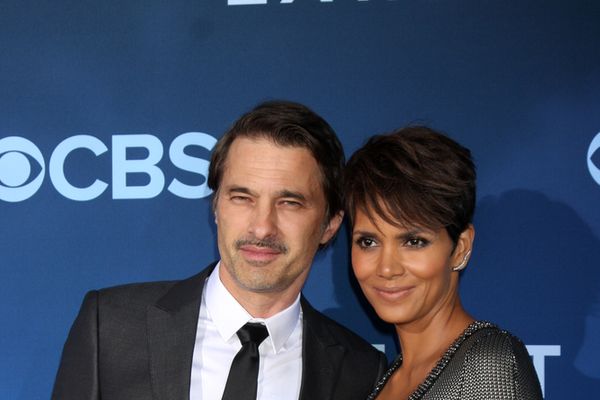