Earlier this week, yet another celebrity couple confirmed they were calling it quits when it was revealed that Halle Berry and her husband of two years, actor Olivier Martinez, were divorcing. As is the case with almost all celebrity splits, the couple cited irreconcilable differences, leaving absolutely no clues as to what went wrong in their young marriage. Now that the word is out, more and more information is being leaked about their divorce proceedings, what led to the split and, of course, deciding on custody of their two-year-old son, Maceo. Rumors of a breakup plagued these two for months before the official announcement and with reports of explosive tempers and fiery personalities. Here are 8 shocking revelations from the divorce of Halle Berry and Olivier Martinez so far.

A lot of the information coming out is from sources close to Halle and, only day after the divorce was announced, Olivier was spotted without his wedding ring and is apparently the one most devastated by the split. “Olivier is very upset about the divorce and this is not what he wanted. He and Halle just couldn’t get along. They are working out a visitation schedule for Maceo. “Olivier wants see his son as much as he possibly can,” a source told People.

7. Filing Under An Alias

Everything, including who filed for divorce first are all factors in court once the divorce gets underway and it seems Halle Berry beat Martinez to the court house with her documents. While she was the one to file first, she didn’t use their real names, instead using an alias for both, calling herself “Hal Maria” and her soon to be ex, “Oliver Martin.” “For tactical reasons, some attortneys want to file first because because if you’re the first petitioner and the case proceeds to trial, you get to put on the case first. It gives you that advantage,” a family law specialist told People. Meanwhile, a source stated she filed under an alias “to protect both them and their kids.”

Berry may have filed first, but the very next day, Martinez filed his own divorce papers without using an alias and, on Wednesday, Berry filed yet again, but this time did not use pseudonyms. Three days and three divorce filings can get pretty confusing, but they reportedly both listed their date of separation as Monday, Oct. 26 and made the announcement public in a joint statement on Tuesday stating, “It is with a heavy heart that we have come to the decision to divorce. We move forward with love and respect for one another and the shared focus for what is best for our son. We wish each other nothing but happiness in life, and we hope that you respect our, and most importantly our children’s privacy, as we go through this difficult period.”

While they want to divorce as amicably as possible, it is clear they have competing divorce filings in play and what could be conflicting views on spousal support. According to reports, Berry asked for no spousal support for either herself or Martinez and asserts that all of her earnings and assets are her property as set out by their prenup. Meanwhile, it seems Martinez asked for the issue of spousal support to be “sorted out at a later date.” This seems to point to the fact that, regardless of the prenup and that Berry requested spousal support go neither way, he will be asking the court for spousal support, which could lead to a messy fight.

Although the couple had been battling divorce rumors for months prior, there were absolutely no signs of anything wrong in the marriage just a week before. The pair were spotted taking their son to a Halloween party in Sherman Oaks, California on Saturday, Oct. 17 and both looked extremely happy and comfortable. Each had big smiles on their faces and were very close, which either means they really are going to stay friends or they were putting on a show for the cameras.

After news of their split, it became evident that part of the problem could have been Olivier Martinez’s fiery temper which was “the last straw” for Berry. The two apparently butted heads a lot and Martinez had a hard time accepting Berry’s starpower. A source told People, “Olivier comes from a world where he was easily intimidated by her ability to work and that she was the breadwinner. He was emasculated by her beauty and her power, and his temper could erupt. He was never physically abusive towards her. He was very possessive in a very kind of caveman way but was never abusive to her or the family.” The same source added, “He had an explosive temper in a way that was profoundly frightening. You never knew when he would explode.” It seems that his unpredictable temper made Martinez “unnerving to live with” causing Halle to finally want out.

Martinez’s anger problems seem to definitely be an issue, however, others were quick to point out that Berry had quite the temper of her own, which also caused problems in the relationship. “It was non-stop fighting towards the end. Two very hot-headed people. Lots of people screaming and fighting. It was really bad. They both have major tempers and were locking heads constantly. It’s going to be a very bitter divorce,” an insider told Us Weekly. “Finally they both tried to file against each other. It was always like that, very heated and a lot of competition and battling between them. Two extreme tempers and people that love to fight.”

Regardless of alleged bitterness or anger, the two keep reiterating that they only want what is best for their son, Maceo. When they’re divorce was announced, it was reported Berry was not going to fight for primary custody because she wanted what was best for their son, and also didn’t want the same nasty battle she is currently going through with her ex, Gabriel Aubry over their 7-year-old daughter Nahla. Martinez agrees and, after seeing what has happened between the two and the toll it has taken on Nahla, he is satisfied with joint custody of Maceo. However, the two may run into problems with the fact that Martinez really wants to live in his native France, so Berry had to ask in her filings that Martinez has to get permission before he can take Maceo out of the state of California. “Martinez never loved living in L.A. full time,” a source stated. “[He] just isn’t happy in L.A.” It seems now though, for the sake of custody and Maceo, “Olivier has no intention of moving to France.” 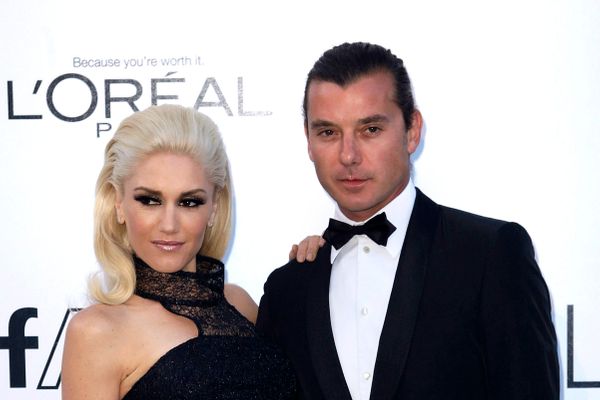