Heath Ledger was one of Hollywood’s brightest and most buzzed about young stars before his shocking and sudden passing in January 2008 at the age of 28. Despite his tragic passing, Ledger left behind quite a legacy through his work, and in a short period of time he took on many roles, proving he could do everything from the handsome teenage rebel to one of the most iconic comic book villains of all time. Ledger’s acting skills drew comparisons to the likes of Marlon Brando with how in-depth he inhabited every one of his characters, and no matter what role he took on he was sure to be one stealing the show. Take a look back on the actor’s most popular films with his 10 best movie roles:

2005’s The Brothers Grimm was a highly anticipated fictitious filmed based on the legendary fairy tale creators Jakob and Wilhelm Grimm. Ledger starred in the movie as Jakob Grimm alongside Matt Damon as Wilhelm Grimm, and offered the actor one of his most unique roles. Although both Damon and Ledger are incredible actors, some of their talent was lost in the muddled film which received mixed reviews from critics. It is a great film to look back at and remember that Heath Ledger is in it, but does not stand out as one of his career defining roles. 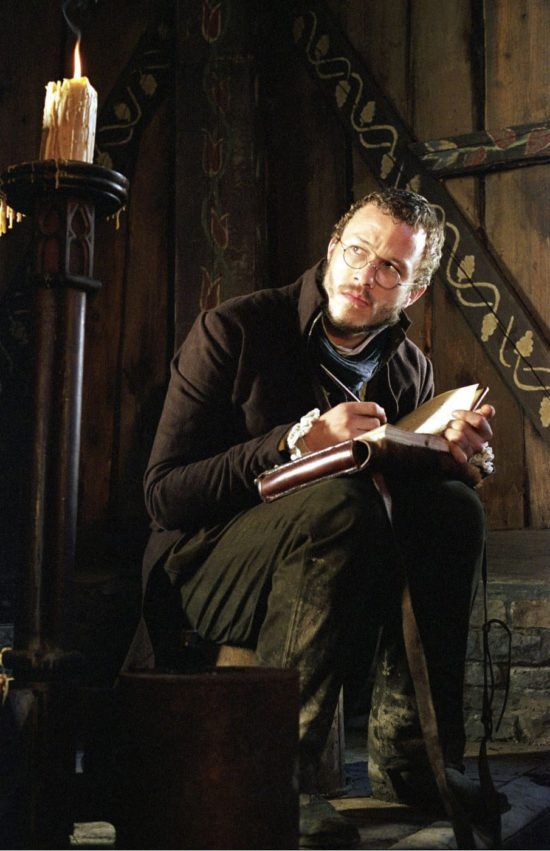 After starting off strong, Ledger’s career took a blow with a small series of heavily criticized films, at the tail end of which was 2003’s The Order. In the film, Ledger starred as Alex Bernier, a disillusioned priest of the fictitious religious order called The Carolingians. Upon its release, the film bombed at the box office and was panned by critics and audiences alike. Unsurprisingly, Ledger still put his all into the role, even though the overall storyline and poor plot structure caused the whole thing to fall flat despite his best efforts. 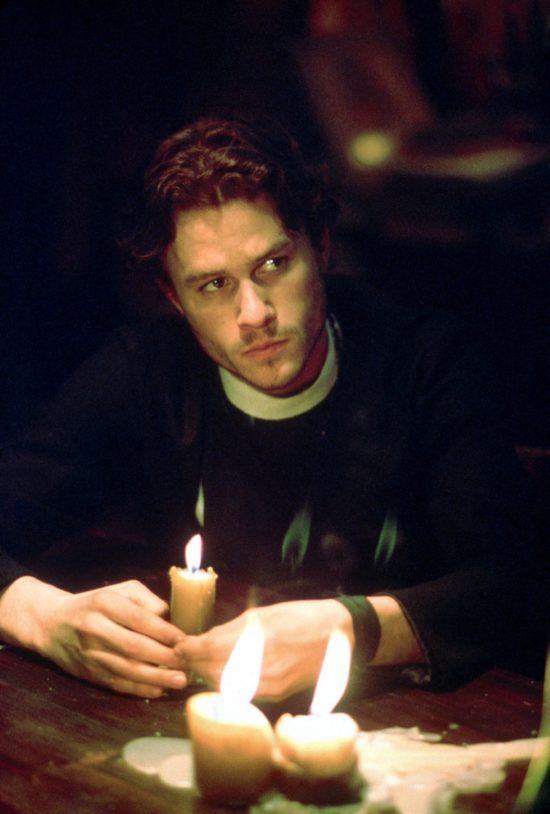 Following 10 Things I Hate About You, The Patriot was Ledger’s next major movie role, and he dove right into the Mel Gibson led blockbuster. While the movie has been slammed for being widely inaccurate in terms of its historical story, it is nonetheless gripping and emotional and at the heart of it all is Ledger as Gabriel Martin and his relationship with his father Benjamin Martin played by Mel Gibson. Although his character is second to Gibson’s, it is impossible not to be affected by Ledger’s progressive and emotional character, and eventually that character’s tragic death. While the film may not have been Ledger’s best, being a part of such a big film put his name in front of a lot of Hollywood’s most important people. 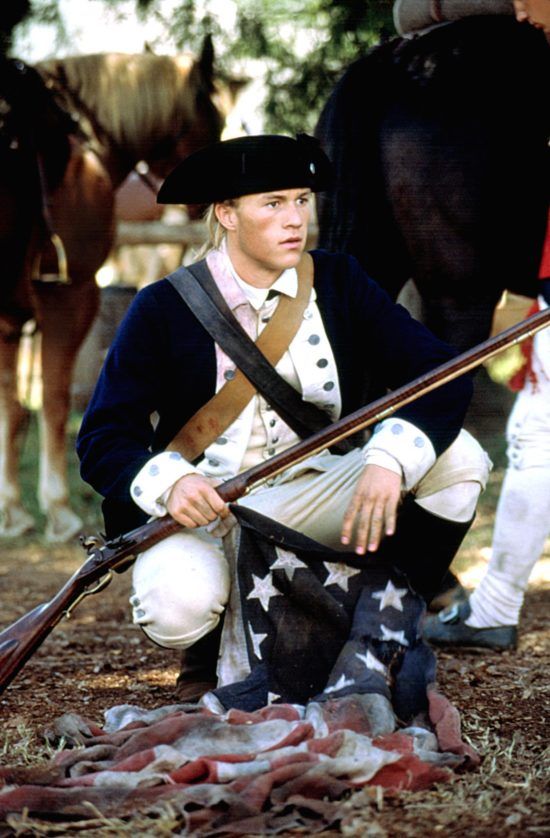 It is easy for audiences to forget that Heath Ledger was even in 2001’s Monster Ball thanks to Billy Bob Thornton and Halle Berry’s show-stopping performances, but it was still an important role for the young actor at the time. Ledger took on the part of Sonny Grotowski, the son of the cynical and unkind Hank played by Billy Bob Thornton. While Ledger’s role was used as a tool to effectively drive home how awful Hank really is by Sonny committing suicide in front of him, the small role did wonders for Ledger’s young career. He proved that he was much more than a Hollywood hunk with a dashing smile. The role was his first turn as a character with a much deeper story and more emotion than anything he had taken on before, and by delivering it so well he truly proved he was actor who was so much more than his looks. 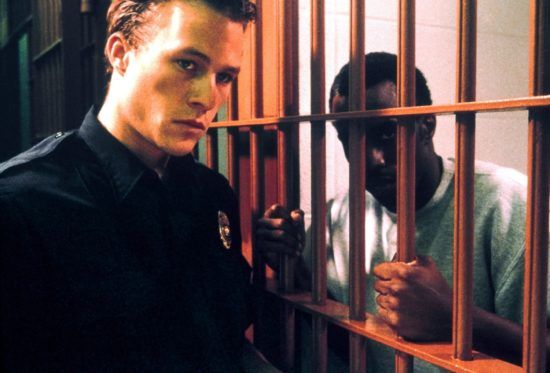 After his role in The Patriot, Ledger went back in time again for his role as William Thatcher in 2001’s A Knight’s Tale. There is absolutely no doubt that it is Ledger’s charm and knee-weakening smile that keeps this movie going. The film’s medieval setting and plot mixed with modern music is extremely confusing, and it has certainly not held up well as time has gone on, but the role was a match made in heaven for Ledger’s career at the time. Aside from his charm, he also proved that he can hold his own in comedy and charisma even against talents such as Alan Tudyk and Paul Bettany, who most definitely steal the show from time to time with their own incredible talent and performances. 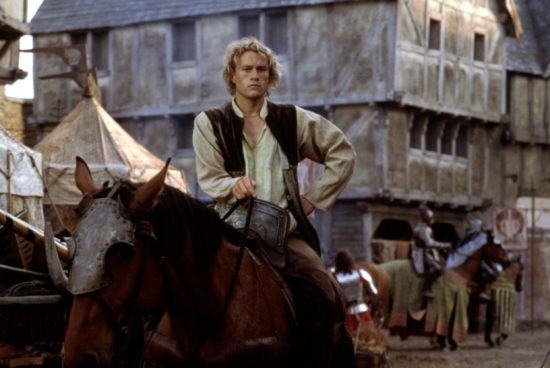 Heath Ledger was by no means a lead in 2005’s Lords of Dogtown, but his role cannot be underscored, and it was a relief for fans after some ill-received Ledger films including The Four Feathers and Ned Kelly. After the flops, Catherine Hardwicke’s beautifully real film Lords of Dogtown, which captured the rise of skateboarding in the 1970s, marked a turning point for Ledger as he took on the real-life role of Skip Engblom who is best known in the skater scene as the creator of the legendary skating crew the Zephyr Skate Team which the film focuses on. Although it was a small role, the actor once again completely embodied the character he took on and, while some initially thought Ledger was trying too hard to be the “surfer dude,” what they didn’t realize was that he had completely captured the essence of Skip Engblom. “He’s almost eerie in how precisely he nailed not only the mannerisms, cadence, and physical presence of Skip, but also how he raises Skip’s spirit,” one critic wrote of Ledger. Even though the role of Skip was critical but not central to the film, Ledger proved how important he could make any character no matter how much screen time they got. 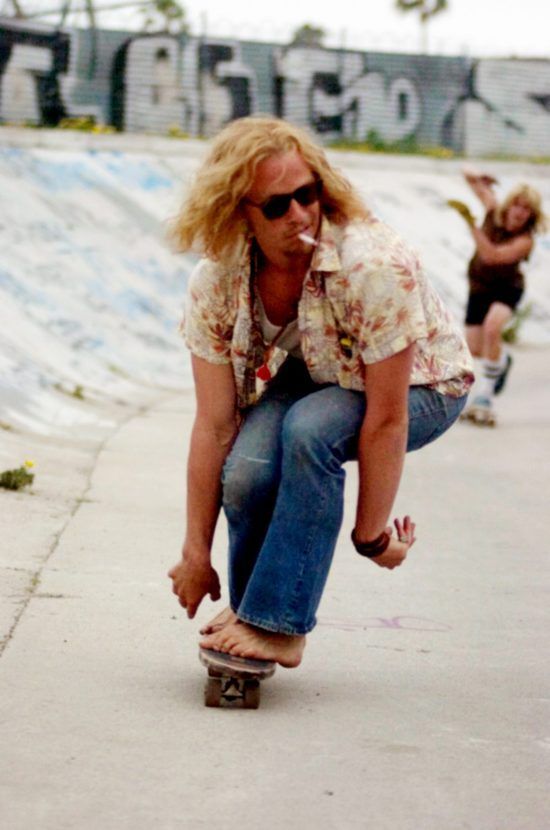 10 Things I Hate About You is one of the most iconic teen films of all time and that is because it is so much more than just a teen movie. The 1999 film marked Ledger’s first Hollywood film as he took on the role of misunderstood bad boy Patrick Verona, and audiences immediately fell in love with the charming Aussie. Ledger absolutely mastered the balancing act that was the character of Verona with his intimidating bad boy exterior that shrouds his actual sensitive, charming and hilarious personality. Like so many other of Ledger’s role, he was an absolute scene stealer, especially thanks to his iconic performance of “Can’t Take My Eyes Off of You.” 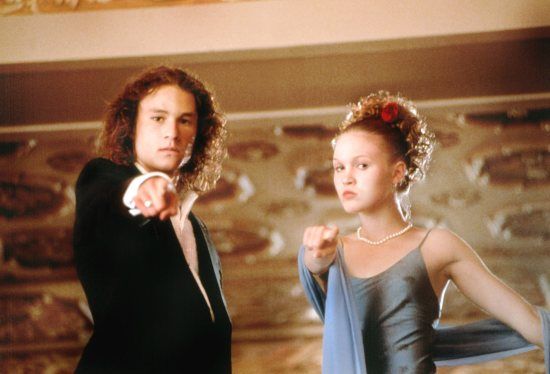 The last thing Ledger wanted was to be typecast as the charming and sexy leading man, and in a short period of time he took on many varied roles to showcase his wide range of talent including in 2006’s Candy. Ledger starred in the Australian independent addiction drama as Dan, a man in love with his girlfriend Candy, but also in love with heroin. Once again the film showcased Ledger’s incredible talent of portraying a quiet character who expresses everything he needs to with only a few small words and instead lets his facial expressions do the talking. While Candy might be one of the actor’s least known films, that certainly does not diminish it as one of his best roles. 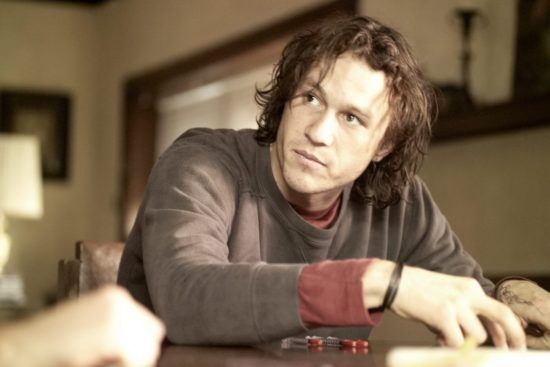 2005 saw Heath Ledger take on a lead role in not one but four films, including the multiple award-winning and groundbreaking film Brokeback Mountain. In the film Ledger took on the role of Ennis Del Mar, a closeted gay ranch hand in Wyoming who falls in love with a fellow ranch hand who was portrayed by Jake Gyllenhaal. Ledger took on the tortured and conflicted character with such emotion and raw expression that there was no need for the stoic character to have a lot of dialogue. The performance rightly brought in many accolades for the actor and he later revealed that his character was inspired by one of his own uncles who was gay, but also homophobic and was quiet and seemed cold because of his inner turmoil. 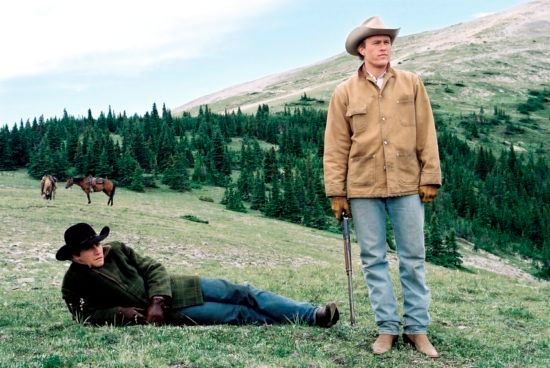 Despite his numerous highly acclaimed roles, it wasn’t until after his death that Ledger was honored with one of Hollywood’s biggest award. In 2008, the actor posthumously won the Academy Award for Best Supporting Actor for his role as the Joker in The Dark Knight, for which he also posthumously won the same award at the 2009 Golden Globe Awards. It didn’t take the awards, however, for audiences to know that it was by far the actor’s most incredible role and performance. Upon his casting, there were many skeptics who didn’t believe that actor could live up to the role, and not only did he live up to the role, he set a new standard for it with his spine-chilling dedication to the unpredictable and psychotic qualities of the character. 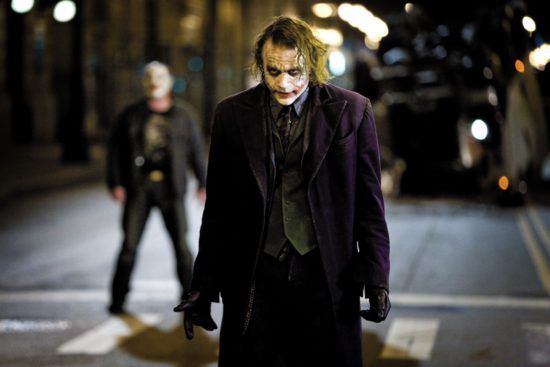 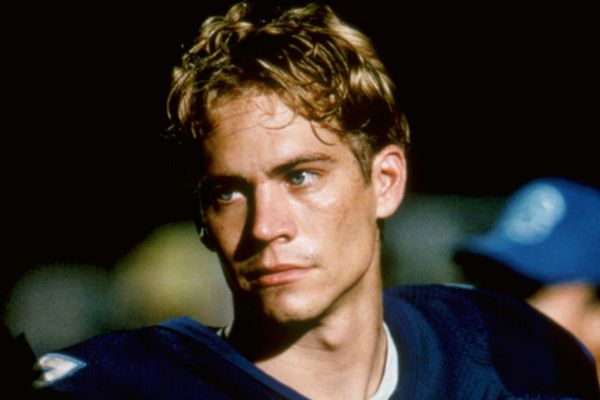