After a tumultuous year, the Duggars are returning to the small screen. Jill and Jessa have a new three-part reality TV special airing on TLC called Jill and Jessa: Counting On. The first episode aired last night and viewers got to see how the family is holding up following Josh Duggar’s molestation and adultery scandals. For those of you who didn’t get a chance to watch, here are 6 shocking revelations the premiere:

6. The Family Had Forgiven Josh

As we already mentioned, Jill and Jessa revisited the molestation scandal involving their older brother Josh. They claim that they have forgiven him for molesting them when he was a teenager. “It was shocking. You don’t expect something like that to happen. It’s your older brother. Somebody you love and who you trust. So definitely there was a period of time in our family where Josh was not to be trusted. He spent time away from home, getting help,” Jessa said. “The healing process started shortly after that happened. When something happens you go with your life. You move on,” Jill added. “Jess and I can say that we’ve chosen to forgive Josh. And that’s an important part of our healing.”

Jill and Jessa claim that they never tried to hide what Josh did as a teenager. “Years ago, when the situation took place, it’s [wasn’t] like, ‘This is something that should be hidden and we don’t talk about it.’ No. We had to go through lots of different steps, including counseling. After that time, it was a really, really hard time in our family,” Jill said.

4. Having it Made Public Wasn’t Necessary

Jill and Jessa really don’t feel that the scandal should have been dug up in the first place. “The police report was released to the world, and I know that wasn’t right. Whoever released that, that wasn’t right,” Jill said, with tears in her eyes. “It shouldn’t have happened. We had moved on from there, so for this to be released right after [baby] Israel was born, and all these happy occasions in my life, and to be thrown under the bus was really, really hard.”

3. The Ashley Madison Scandal Blindsided Them

While Jill and Jessa had been able to forgive Josh for behaving inappropriately with them as a teenager, the Ashley Madison scandal shook them to their core. “Over the years, Josh worked really hard to repair our trust in him, and he became someone we could really look up to,” Jessa said. “Josh ended up confessing to us that he had gotten addicted to pornography and had been unfaithful to his wife, and we were devastated. It felt like it was just a bad dream. How could this happen?”

2. The Younger Boys Don’t Want To Be Like Josh

Josh’s younger brothers no longer see him as a role model. “For me, making sure that I’m the man that I need to be, that I’m an example to those all around me, and it is a big load, it’s a big weight upon me now,” John David said. “I know, Hey, I’ve got a whole bunch of younger siblings looking up to me and I’ve got to be an example to them, because whatever I am, that’s what they want to be. I know that’s what it was for me and Josh. I always wanted to be like Josh. One of the toughest things I ever had to tell my older brother was, ‘I don’t want to be like you anymore.’”

In spite of everything, Jill and Jessa still choose forgiveness. “Jess and I can say that we’ve chosen to forgive Josh,” Jill said. “That’s an important part of our healing. If you don’t forgive you can ‘t move on.” 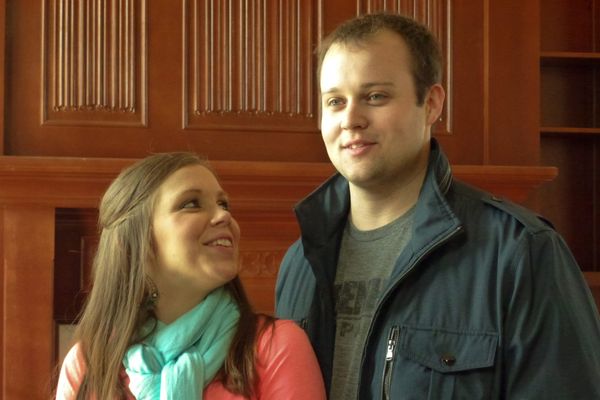