Khloe Kardashian is one of the most endearing of the sisters, namely because she’s responsible for some of the funniest and most outrageous lines on the show. Her direct approach and on-point zings are something worth noting, and this list is an attempt at compiling some of the best!

When speaking of sister Kim Kardashian, Khloe held quite the insight, “You know why she’s the most Googled person? Because she was Googling herself.” It wouldn’t surprise me. Of course this was followed up by a direct dig at Kim herself, “I’m surprised you’re not home checking your Google Alerts.” I’m sure there’s an app for that!

When Kourtney, with a “K”, became a mom, Khloe couldn’t help but notice, “Wow my sister has changed. She used to whip her boobs out for no reason. Now she does it to feed her child.” The times they are a’ changin’!

Everybody hated Scott Disick including Khloe! “He’s a douche-lord, so I hit him!” And while we’d never support violence, there was a resounding “bravo” for this one!

When talking about how she’s cool with her former flame French Montana, she thoughtfully reflected, “When you f—k someone, why would you not [be cool with them]? Like, if someone has seen my vagina, I think it’s OK that I say hi and give him a hug hello.” This one really sets itself up, but I’ll leave it for you to knock down!

Khloe is full of scientific facts: “Don’t go into the ocean while on your period because a shark is going to attack you.”

5. She Owned Her Wardrobe Malfunction

When she was asked about the sheer top she sported on X-Factor she acknowledged, “I have a nipple obsession and personally love when women show their nipples— perhaps I was a member of a nudist colony in my last life.” Perhaps you should rejoin in this one!

After Kim and Reggie Bush parted ways, Khloe was devastated. “Seriously, the Bush and the Tush, that was, like, iconic for me. I loved them. You can’t do much better than that.”

When attempting to explain why she wasn’t good at golfing to Bruce/Caitlyn (ironically with a “C”) Jenner, Khloe (with a “K”) suggested, “I could maybe hit it better if they were black balls.” I bet she wasn’t wrong…

After her mom Kris got a hair cut, Khloe was full of compliments. “Your hair is, like, shorter than a vagina’s bush.” That’s pretty short!

1. Attempt to get Breast Implants

Khloe was once asked if she’d ever get the boob job she wanted, to which she morbidly/hilariously responded, “I went to a consultation when I was 18 and my dad found out and got so mad at me. He died shortly after, and I remember just being like, ‘Well, he doesn’t want me to do it.’” 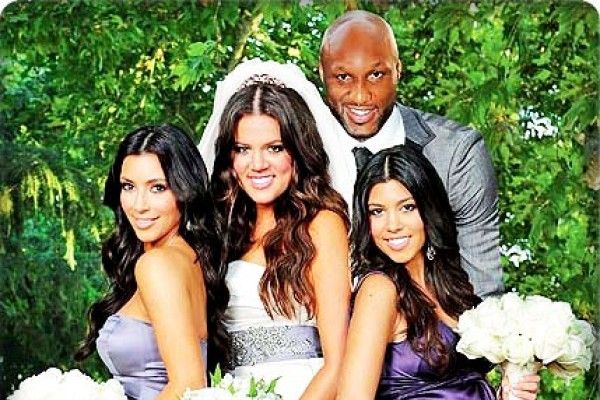