Fans of the Kardashian-Jenner family have watched many members of the famous family grow up and find their unique style through the many seasons of Keeping Up with the Kardashians, and it is no secret that Khloe Kardashian’s look has changed dramatically over the years. Khloe has often said that she felt like the “odd one out” in comparison to her sisters, but in recent years her look and style has made her the envy of many fans. It has been incredibly interesting to see Khloe’s transformation over the years, so we are looking back at how her beauty looks have changed with her face evolution. Check it out:

This Khloe Kardashian is almost unrecognizable to the reality star, influencer and fashion designer that fans know now! Khloe Kardashian was 23 years old when she attended her sister Kim’s 27th birthday party at Les Deux in Los Angeles, California in October, 2007 which is the month that Keeping Up with the Kardashians would premiere, and Khloe and her sister’s lives would change forever. With very dark curly tresses, and dark eyeliner, Khloe is rocking the best of late 2000’s beauty trends at the event. 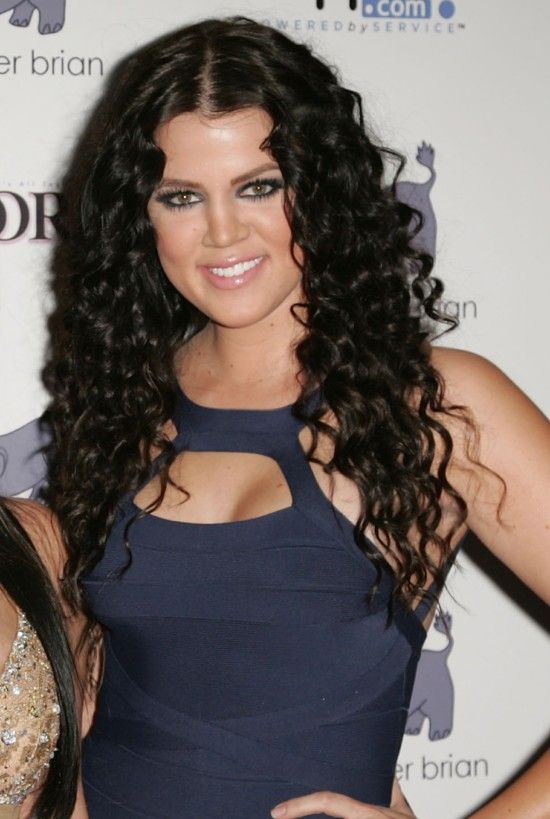 As the popularity of Keeping Up with the Kardashians grew, Khloe continued to attend high-profile events and in March 2008 she was seen at famed celebrity blogger Perez Hilton’s birthday at the Regent Beverly Wilshire. Khloe was still sticking to her then-signature dark eyeliner and fanned eyelashes, and this time seemed a little more bronzed than the more natural color at her sister’s birthday party a few months before. 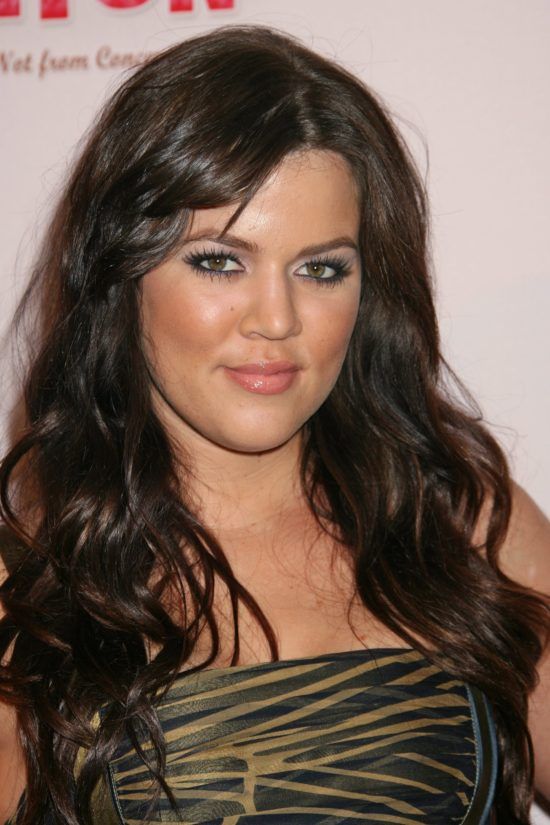 In the summer of 2008, Khloe attended the launch party for the T-Mobile Sidekick LX Tony Hawk Edition in Los Angeles, California. For the summer, Khloe seemed to be experimenting with lightening her long, dark hair and continued to stick to a dark eye look but with a pop of summer thanks to her neutral glossy lip, and of course a signature summer tan. 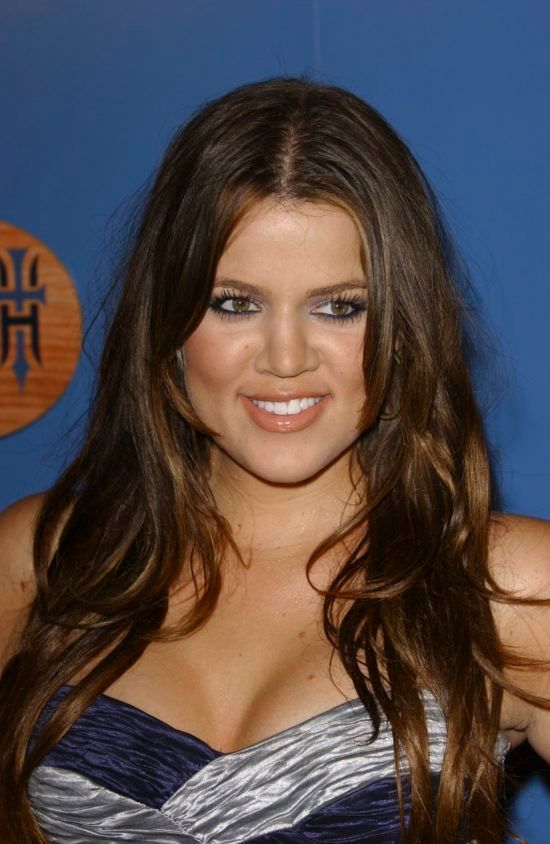 In September of 2008, Khloe was seen at the Smooch fashion show presented by Oral-B Pulsonic, during the Mercedes Benz Fashion Week Spring 2009 held at the Altman Building in New York. Around this time was when Khloe really started to experiment with her personal style and look as she opted for just a little less dark eyeliner, and kept her long hair lighter with eye-catching highlights. She still chose to rock a neutral glossy lip, and toned down the tan for a more natural skin tone for the fall. 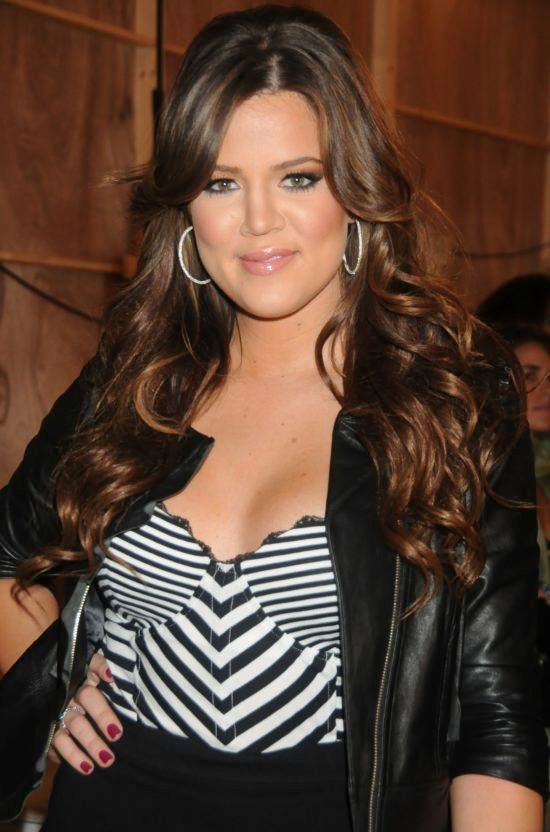 In September of 2009, Khloe stepped out rocking her boldest beauty look yet. She attended the premiere of Whiteout at the Mann’s Village on September 9, 2009 with none other than her then-boyfriend Lamar Odom by her side,and no knew that less than 20 days later the pair would be married! A visibly happy Khloe was still going strong with her dark all around eyeliner and fanned eyelashes, but changed things up with some serious highlighter with a touch of blush and a bold and bright red lip. She also turned up her beachy waves style on her long brown hair that had lost its highlights. 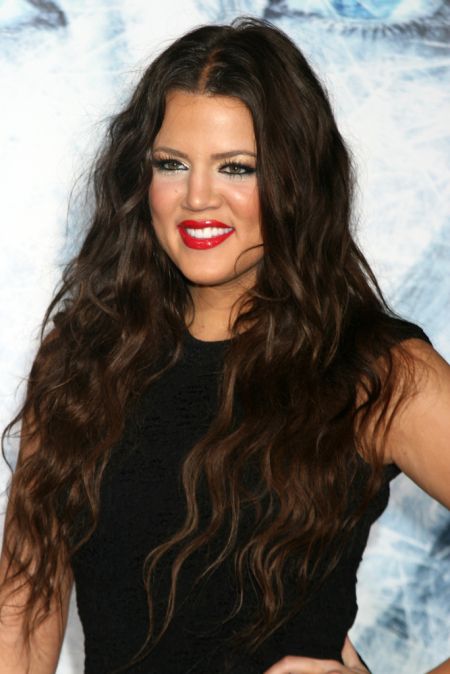 In May 2010, Khloe Kardashian attended E!’s 20th Birthday Bash Celebrating Two Decades of Pop Culture at The London in West Hollywood alongside her mom Kris Jenner and two sisters Kourtney and Kim Kardashian. Khloe rocked the sun-kissed look with a glow that was not as over-the-top tan as her sister Kourtney, and once again stuck to her perfected look of neutral glossy lips and dark eye makeup with big lashes. What really stole the show was the giant rock on her left hand from her September whirlwind wedding to Lamar Odom, which perhaps sparkled more than her sequined dress. 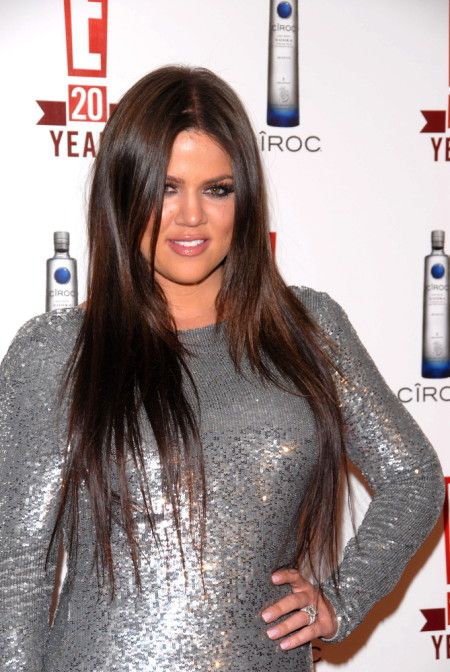 January 2011, really marked the true beginning of Khloe Kardashian’s transformation. The then 26-year-old attended the 2011 People’s Choice Awards with red hair which significantly softened up her look. While her dark hair usually made her typical dark eye makeup seem even darker, her red hair made it pop, she also added a coral lip and less of a tan for a very natural look. She had also slightly changed her eyebrow shape and color to ever so subtly change her beauty look as well. 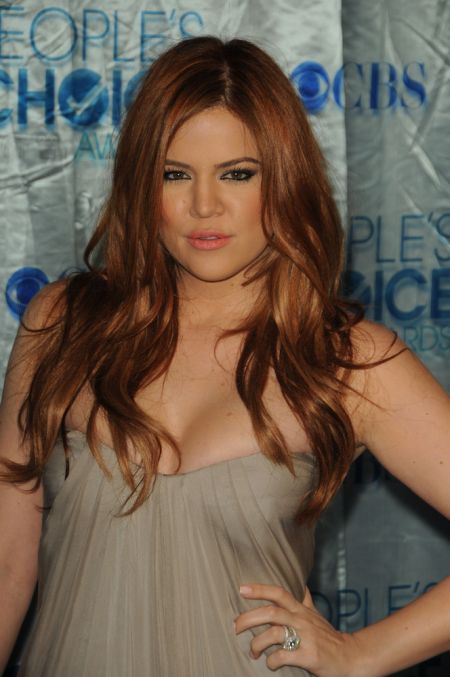 By December of 2011, Khloe had already had enough of her red hair and completely changed up her makeup style for Z100’s Jingle Ball 2011 Concert at Madison Square Garden in New York. Opting for less of a tan, Khloe made her light skin tone pop with a rosy blush, pink lips and very bold purple eyeliner. While it was definitely a break from the usual look fans were used to from Khloe, it thankfully wasn’t one she stuck with as she still figure out her personal style when it came to makeup and beauty techniques. 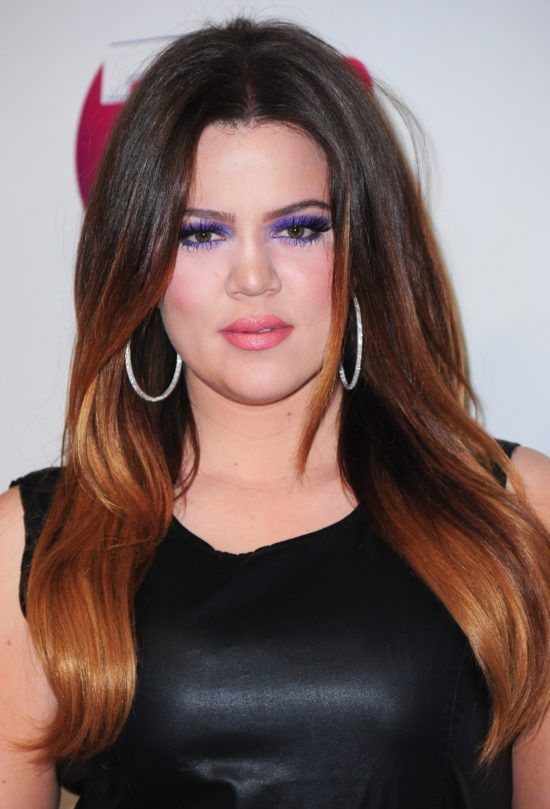 What a difference a year makes! After rocking a light skin tone with pink pops of color the year before, in December of 2012, Khloe stepped out for the season final performance tapings of X Factor with her deepest tan yet. She also scaled back on the bright eyeshadow for a more neutral look which accented her bronze tan just right. Match with the fact that she had her hair pulled back at this event — it was a new and great look for the reality star! 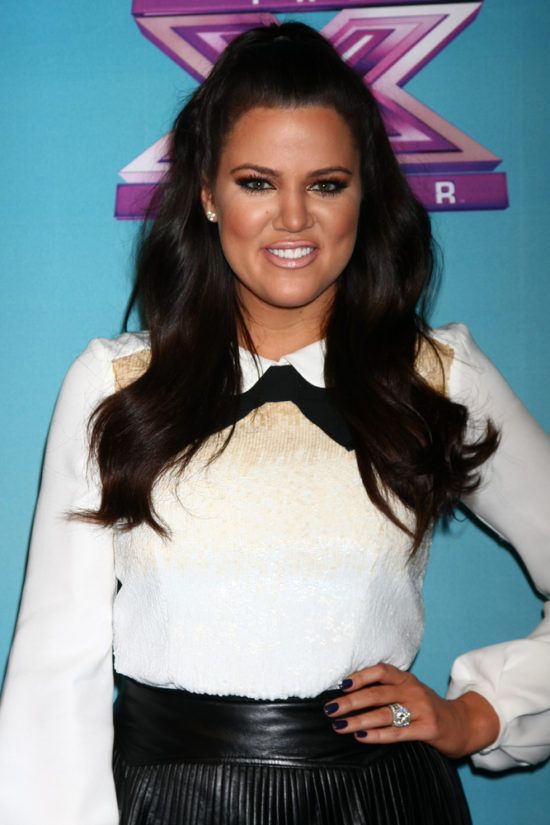 Just when it seems that Khloe is leaning one way with her beauty look, she goes back the other way! After debuting her deep bronze tan in December, she started out her summer of 2013 back to her natural skin tone. Khloe was the guest of honor at her HPNOTIQ Glam Louder Program Launch party held at the Mr. C Beverly Hills in May 2013. For one of the first times, she eased up on her extremely dark eye makeup, making for a very fresh spring look. 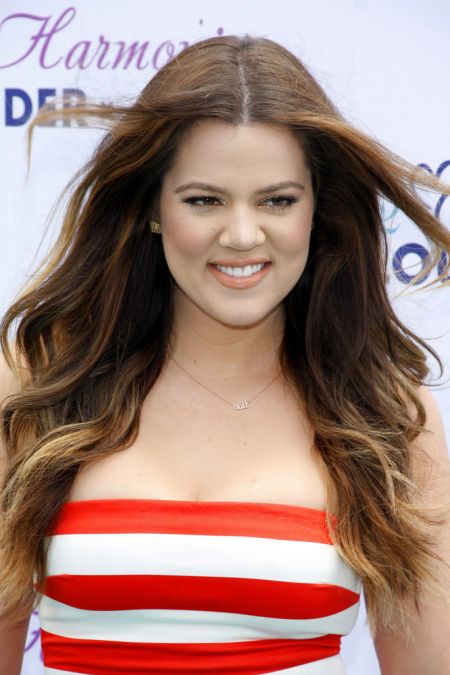 In December 2013, Khloe began transitioning into the way she looks now. On December 11, 2013 she made an appearance at the Women in Entertainment Breakfast in Hollywood with a fresh new beauty look. She found the middle ground between her dark eyeliner and next-to-no makeup looks and returned to a coral gloss for her lips. She had also mastered the art of highlighting, and was beginning to phase out her dark hair to a much lighter and blonder look. Khloe look great and happy, and no one knew that only two days after this event, she would file for divorce from Lamar Odom. This would also be the last that we would see of Khloe’s natural lips. 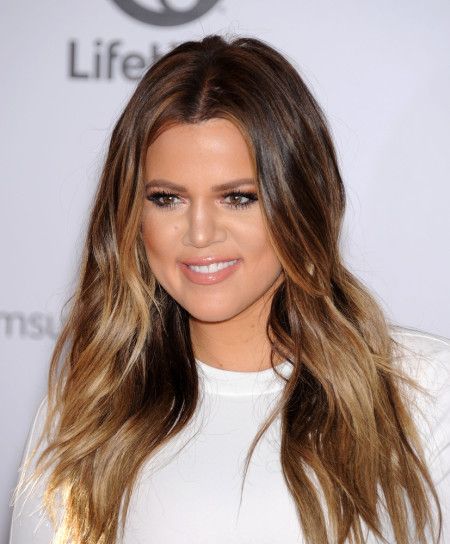 By November 2014, Khloe Kardashian was looking like a completely different woman than the one who fans saw in the premiere of Keeping Up With the Kardashians in 2007. All eyes were on Khloe when she attended the HYPNOTIQ Sparkle Launch in November 2014, with a new glamorous look. She debuted much fuller lips and highly accentuated cheekbones, both of which would become part of her signature beauty look. She had also began spending more time on self-care and the results could easily be seen in her thinning face. 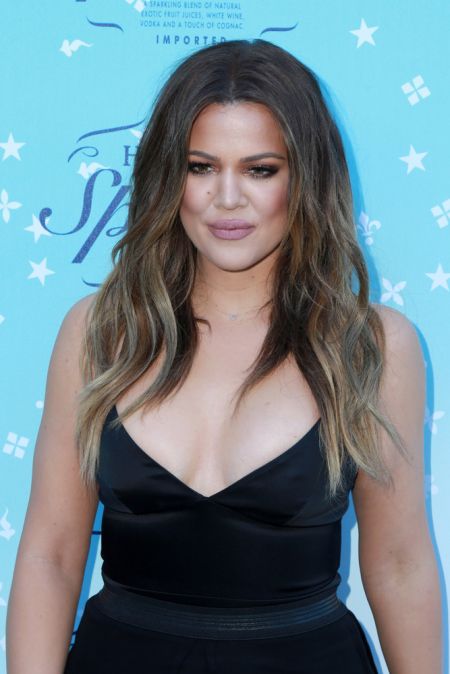 In October 2015, Khloe attended Cosmopolitan Magazine’s 50th Anniversary Party at the Ysabel on October 12, 2015 in Los Angeles, and once again her look had everyone talking! The reality star stole the show with her look which included a beautiful glowing tan, much more arched eyebrows, full lips with a deep rose gloss, and slicked back hair that she had transitioned to almost exclusively blonde. It is amazing the difference nearly a year makes! 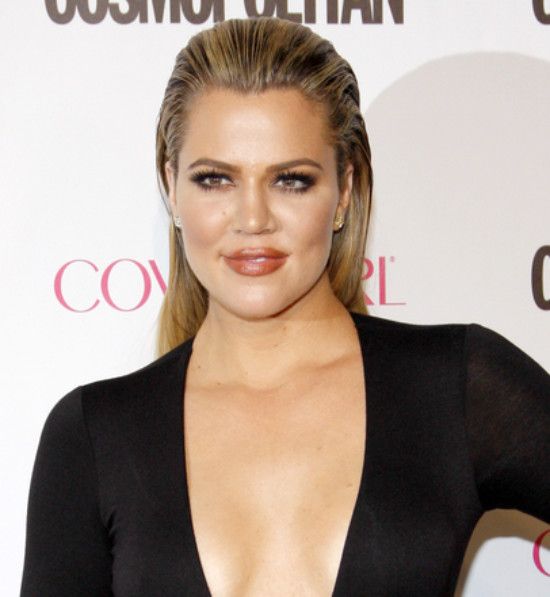 It is no secret that from about 2012 on, a lot of attention was given to Khloe’s overall changing look as she dedicated herself to serious gym workouts and healthier eating habits, and she channeled her difficult relationship with her self-image and weight in her book “Strong Looks Better Naked.” She made jaws drop at her signing of the book at Barnes & Noble at The Grove on November 9, 2015 in Los Angeles. Her flawless complexion and platinum blonde hair match with perfect pink lips and a serious glow made her look almost barbie-like. 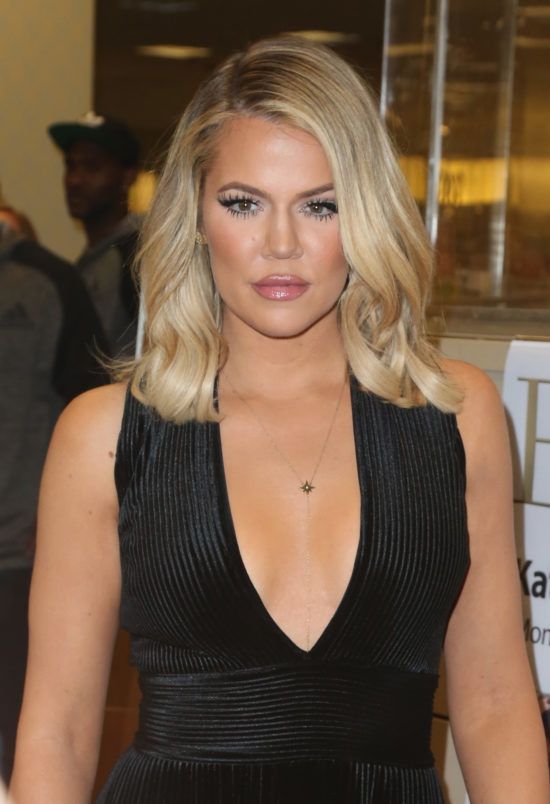 Several months later, it was clear that Khloe’s mature and more glamorous look was here to stay. At the House of CB Flagship Store Launch in Los Angeles in June 2016, Khloe was stunning! She pulled her long blonde hair back to show off the perfect balance she had found between her darker makeup looks of her early reality star years and her glamorous look as one of the most famous women in the world. 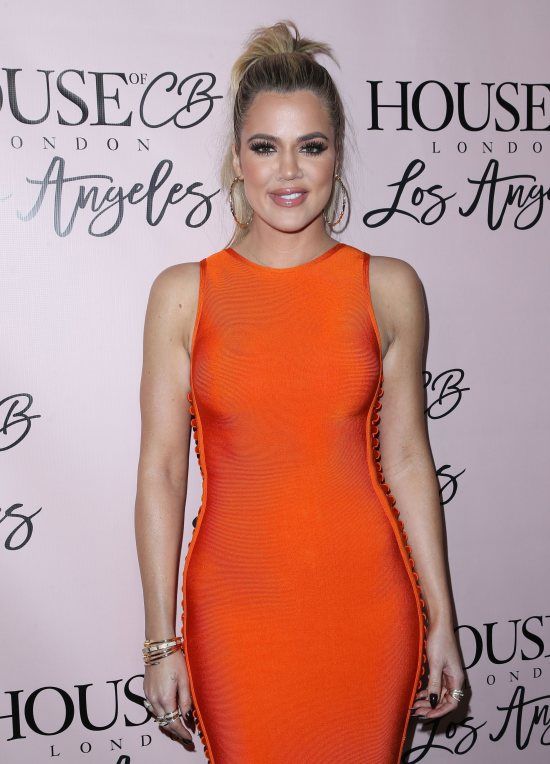 Woah! Khloe went bold for a brand new take on her glammed-up look in October 2016 when she attended the launch party for her highly-anticipated jeans line Good American at Nordstrom at the Grove. The 32-year-old went for deep browns to show off her full lips, and to accentuate her massive eyelashes. Her eyebrows were darker and fuller than ever before and while her tan looked great, it was all almost too much and the highlighting looked almost oily. While she definitely looked good, this was one of her most shocking non-natural looks that made her nearly unrecognizable. 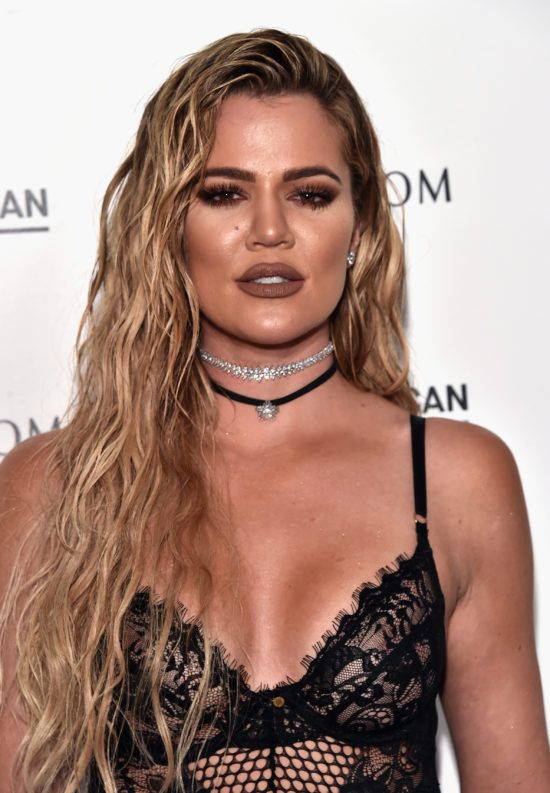 Thankfully, the dramatic look was just for her Good American launch, and by May 2017, Khloe returned to a much softer and natural style. In May 2017 she stepped out for the NBCUniversal Upfronts with her blonde hair pin straight, framing her natural beauty look. She opted for just a hint of eyeshadow and returned to her usual fanned (but not over-the-top) eyelashes. At this point it was clear that Khloe had most definitely begun taking part in some of her sister’s well-known beauty enhancements, most notably lip injections. 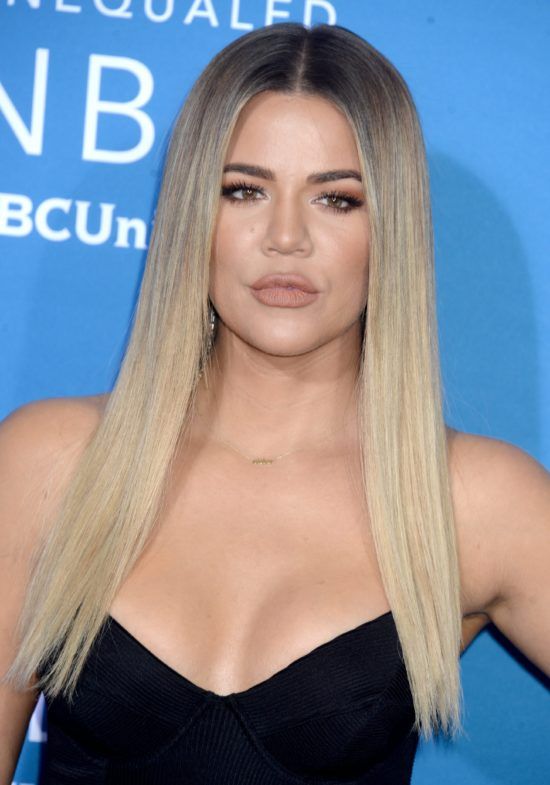 In February 2018, only a few months after she confirmed that she was expecting her first child with then-boyfriend Tristan Thompson, a pregnant Khloe and Thompson stepped out for Klutch Sports Group “More Than A Game” Dinner Presented by Remy Martin at Beauty & Essex. The gorgeous star’s look had many drawing a lot of comparisons to her younger half-sister Kylie Jenner. With a complexion so smooth it almost looks fake to her full lips and wide eyes, she was truly stunning at the dinner by not overdoing the look with blush or too much highlighter.

Seven months after welcoming her daughter True Thompson in April, Khloe was back to attending high-profile events and in November she hit the red carpet at Fashion Nova X Cardi B Launch Event and it is hard to discern her from a wax figure! Her wax-like complexion and perfected eye makeup with a pop of pink is flawless, and paired with her now normally fuller lips it is clear that Khloe has no interest in going back to her more natural looks of years past. 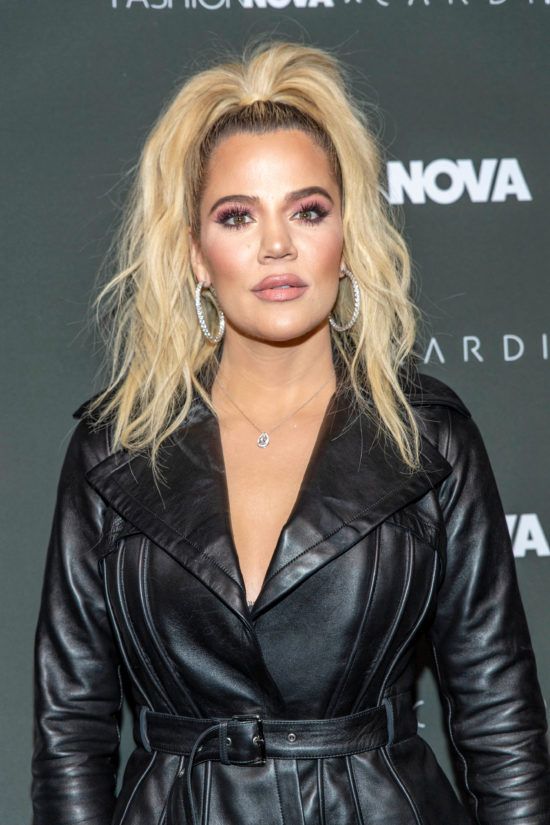 In February 2019, Khloe attended the PrettyLittleThing LA Office Opening party marking her first public appearance since learning of Tristan Thompson’s cheating scandal with Jordyn Woods. This time, her face looked much more natural and she seemed to combine the best of all of her past looks by laying low on the bronzer, but upping the lip gloss and deep browns around her eyes to bring out their golden-chocolate color. She looked sleek and glamorous as ever with her platinum blonde locks parted in a wet-wavy look as well. While Khloe’s look has definitely changed over the years, she says her biggest beauty secret is as simple as sunscreen. “It’s so important to protect your skin from the sun, I can never emphasize it enough. I use a daily SPF moisturizer,” she told W and added that drinking water is essential to healthy skin. 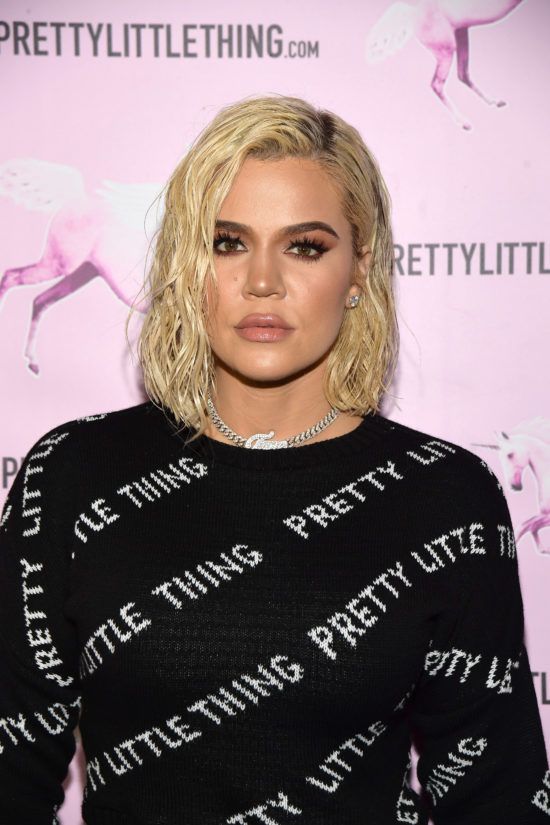