Kim Kardashian is one of the most famous or infamous people in the world depending on who’s talking. And the reason for this notoriety lies in the fact that Kim has made a career off of branding herself while completely lacking any visible talent. The ridiculous nature of reality TV-made fame isn’t lost on fans, and while we cringe at the sight of them, we also watch with abject interest. When Kim Kardashian says something absurd, it makes us scoff while simultaneously it makes our day. This list takes a look at just a few of an exhausting list of ridiculous things she has let slip through her surgically plumped lips:

Somehow the Keeping Up with the Kardashians star landed a chance to spend time with the leader of the free world! Upon reflection she insightfully commented, “I had dinner with [Obama] once, and he just seemed very firm about the change, and that’s, like, his motto.” She knows her stuff!

Kim Kardashian knows how to work a red carpet and she’s inspired an entire generation of young women to attempt to recreate her look. When asked about posing, Kim was humble and said, “In recent years I’m, like, too cool for duck face. So that doesn’t happen.” Now I know that duck face is out and deadpan is in!

Kim and her hubby Kanye West are sophisticated in oh-so-many ways, and when it comes to terms of endearment, these two are above any old fashioned gendered labels. “I’m honoured that Kanye calls me his ‘perfect b-tch.’ I love it. I know he doesn’t mean it in a negative way when he says that word.” Now there’s a couple that truly respects one another.

The world rolled its eyes when Kim and Kanye named their baby North West, and through suppressed laughter the media asked Kim if she’d consider naming her next child South West. Kim was wise beyond her years and aptly identified that this would be a ridiculous thing to name her child, “North has a better direction. I don’t think we’ll go with another direction. I think South is so stupid. It’s the stupidest thing ever.” Yes, naming your baby a direction is stupid…glad we can agree on something.

6. She Has Strong Family Values

Everyone knows Kim is the Kardashian that started it all, and, well, so does Kim. Why can’t people just be grateful for that? And when the killer queen isn’t helping her family shed their duck facing ways, she is busy taking credit for their status. “I’m not buying her a f-cking pair of shoes — I bought her a f-cking career.” You’re welcome, Kourtney! Sheesh, why does Kim have to do everything herself?

Kim Kardashian knows what it means to be a responsible adult. She reflected, “I’m so mature now. I’m a grown-up version of myself.” Ugh…yeah. That’s the general consensus on the definition of “grown-up.” Did she think that some metamorphosis was going to take place? You’re a butterfly now, Kim! Fly!

4. She Has Strict Priorities

Everyone can respect one who slows down and enjoys the simpler things in life. And as we know, Kim is all grown up now and has her priorities straightened out. “See I do smile…even laugh on occasion…Not too often though because it causes wrinkles.”

Keeping in line with her priority to avoid laughter, Kim is always consciously controlling her emotions. The philosophic stoic stated, “I’ll cry at the end of the day, not with fresh makeup.” Good for you, Kim. Maintain and protect your robot image.

2. She Has Realistic Fears

Everyone is forced to face up and admit their deepest and darkest fears at some point in their lives. Fears range from everything from the fear of going hungry to losing ones’ house. And we can all take comfort in knowing that even Kim Kardashian herself has a set of fears of her own: “Stretchmarks are my biggest fear of life.”

1. She Is Sensitive to Those Around Her

Given that her children have such strong personalities, it’s no wonder that Kris Jenner had empty nest syndrome. And of course, Kim was there to support her mother through the difficult transition phase. “I rented my mom a monkey for the week because she had a syndrome where she missed children in the house.” Kim never fails to bust out all the stops! 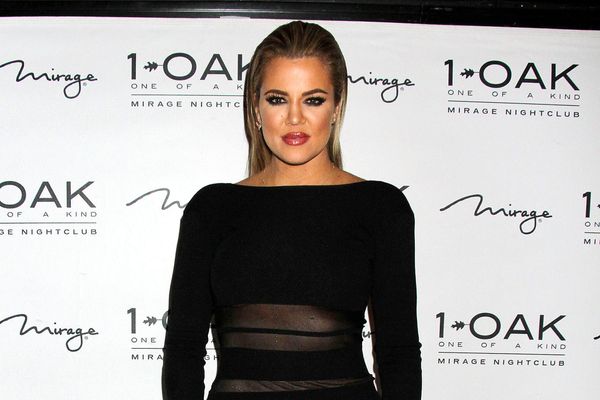