Law & Order is one of America’s longest running primetime dramas. It ran for 20 seasons from 1990 to 2010 when it was cancelled, which is incredible! The crime drama followed a two-part approach – the first half hour was the New York City Police Department detectives investigating the crime and apprehending the suspect, and the second half focused on the Manhattan District Attorney’s Office prosecuting the defendant. The show was so successful that it became a franchise, spawning four TV series and a television film. Since the show was so popular and successful, here are 10 behind the scenes secrets:

Dick Wolf developed the concept for Law & Order back in 1988. He wanted to paint a more optimistic picture of the American criminal justice system. He also took the format of the 1963 series Arrest and Trial, which lasted one season. He initially considered calling his show “Night & Day,” but then came up with the name, Law & Order. He wanted the show to cover real cases by focusing on stories that were making headlines.

During season two, NBC began pushing producers to add female characters to the all male cast, so Carolyn McCormick was brought on board to play police psychologist Dr. Elizabeth Olivet. By the end of season three, NBC execs still felt that the show did not have enough female characters, so they demanded that new female characters be added to the cast or the show would potentially lose its Friday night time slot. Creator and executive producer Dick Wolf fired Dann Florek and Richard Brooks as a result and S. Epatha Merkerson and Jill Hennessy replaced them.

When Law & Order began airing reruns on TNT, product placements were inserted into various scenes using digital technology. One of the more noticeable product placements is Coca Cola. If you see a Coke can sitting on a desk, it has been added digitally.

Fox initially ordered 13 episodes based on the concept, but no pilot episode. Then-network head Barry Diller didn’t believe that it was a “Fox show.” Creator Dick Wolf then pitched the show to CBS and they ordered a pilot, “Everybody’s Favorite Bagman.” While they liked the pilot, they did not order it because there were no breakout stars. In 1989, NBC execs Brandon Tartikoff and Warren Littlefield screened the pilot and liked it, but they weren’t confident that the intensity of the series could be repeated every week. By 1990, however, executives were confident that the show could appeal to a wide audience and ordered the series for a full season.

The “thunk-thunk” sound effect that was played between scenes was created by combining about a dozen sounds, including that of a group of monks stomping on the floor. The sound is supposed to remind people of a judge’s gravel and a jail cell door slamming.

Michael Moriarty – who played Ben Stone – resigned at the end of season four. He had been involved in a long, vocal battle with Attorney General Janet Reno over her efforts to censor television violence. During one incident, he got into a verbal confrontation with her at a dinner in Washington, D.C. His role on the series was reduced considerably in season four, which is when Moriarty resigned, claiming that he was forced into the situation.

Epatha Merkerson needed to wear a wig when she played Lt. Anita Van Buren. The actress wore her hair in interlocks and kept her hair like that in the past when playing police officers; however, in this particular role, she felt that it would be unrealistic for an ambitious New York Lieutenant to have this hairstyle, hence the need for the wig.

Chris Noth – who played Mike Logan – was fired in 1995. According to the show’s creator, Dick Wolf, he decided not to renew Noth’s contract because the interaction between Logan and Brisco (played by Jerry Orbach) lacked enough dramatic contrast, so he wrote Logan out. While Wolf had explained why he wrote Noth out, rumor has it that Noth was fired because of a salary dispute. His character was replaced with Det. Rey Curtis, played by Benjamin Bratt. Noth’s character, Logan, was given his own TV movie to wrap up his storyline in 1998; it was called Exiled, and his character also appeared in four seasons of Law & Order: Criminal Intent.

NBC wanted the series filmed in Los Angeles, but creator Dick Wolf fought the network to film it in New York City. In 2010, NBC canceled Law & Order and instead picked up Law & Order: Los Angeles for a first season, but it lasted for only one season before NBC canceled it.

In 2001, creator Dick Wolf announced plans for a Law & Order mini-series that would feature the casts of Law & Order, Law & Order: Special Victims Unit, and Law & Order: Criminal Intent. It was set to broadcast in the spring of 2002 and was going to focus on a terrorist attack in New York; however, after 9/11, the mini-series was canceled. 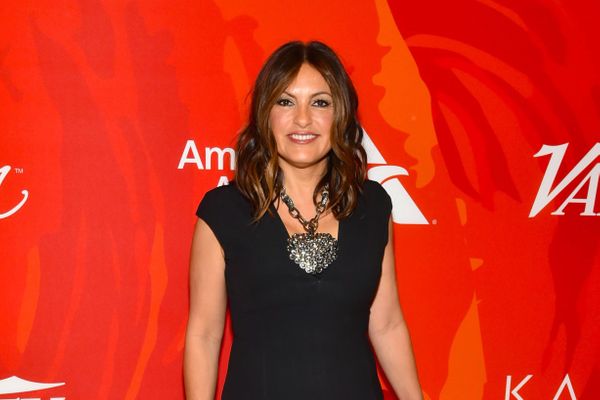