All eyes were on Shakira at the American Country Music Awards Sunday night, April 6, in Las Vegas.

The 37-year-old singer donned a turquoise Zuhair Murad dress with cut outs over her arms, stomach and thighs, E! News noted. She finished off the look with beachy waves and neutral makeup for the red carpet at the MGM Grand Garden Arena.

Later in the night, she slipped into a lacy red number and thigh-high leather boots to perform “Medicine” alongside Blake Shelton.

“I told him I wanted to work with Nashville people,” she told Billboard last month of the duet. “I was a little tired of L.A. I wanted people with another point of view, real people with roots with whom I feel comfortable working in the same room. And I told Blake I wanted to do a song that had the narrative of a country song, that was picturesque, that was a real song. But it also needed to suit me, because after all, I’m Colombian.” 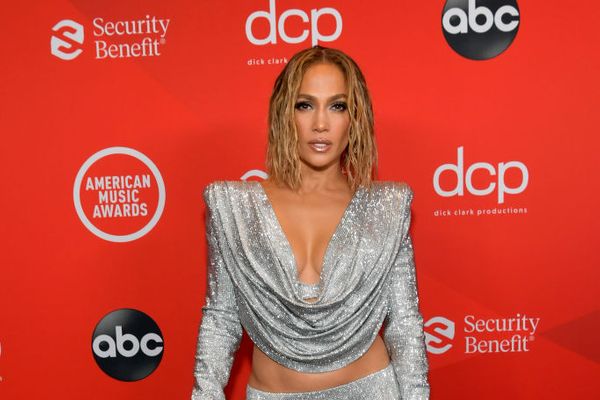