One Tree Hill ran for nine amazing seasons on The CW and like all series, especially those who last for so many years, some storylines get confused and fans notice discontinuity in the plot. While the show never let us down, with excellent writing, continuous character development and, of course, an amazing cast there were some things that just didn’t make sense, and some things that editing didn’t catch! From mistakes in filming to holes in the story, here are 9 of the biggest mistakes and plot holes from One Tree Hill. Some of these mistakes are hard to find in images so you might have to watch the episodes back to see the mistake!

One of the weirdest storylines that had fans scratching their heads is at the end of season was the one when Keith takes a teaching job in Charleston. One of the first problems with this is that to anyone’s knowledge, Keith has absolutely no education or credentials to get a teaching job. This is even more problematic as Dan says only a few episodes before that Keith has no ability to adapt to modern technology and that in a short time high school graduates will be more qualified than Keith, which hardly makes sense for him being a teacher of those high school students.

Although all episodes go through editing, there are some small things that do get missed and One Tree Hill has inadvertently left a shot of the crew and/or equipment in a few of the scenes. Although it isn’t really noticeable the first time you watch, since so many One Tree Hill fans have watched the series again and again, these things have been caught. In season four, episode 10, “Songs to Love and Die By” Lucas is in a coma and is having a dream where his with Keith in the school on the day Keith died. In the scene where Keith is racing down the hall and Lucas is following, the ceiling of the set with the lights in it is visible for a moment. Also, in the season three, episode 1o when Peyton walks into Ellie’s room full of records there is a brief glimpse of a member of the crew wearing shorts and white shoes in the left of the shot.

One of the biggest holes in one of the show’s biggest stories is the timing of Nathan and Haley’s marriage. In the episode when their wedding takes place, the two get married at nighttime following the Ravens playoffs game, but in flash backs the two are seen getting married in the daytime.

Another mistake that slipped through editing is in season four, episode 13 “Pictures of You.” When all of the characters get paired up for a class assigment, Haley and Skills end up on the roof of the school while she is very pregnant and recovering from the car accident. When she lifts her hands up, however, the pregnancy pad Bethany Joy Lenz is wearing can be seen.

Without a doubt one of the most random, yet most entertaining parts of the season four finale was when Shelley, Rachel, Brooke, Peyton, Bevin and Haley dance a choreographed routine to the Spice Girls song “If You Wanna Be My Lover.” With so much going on, many didn’t notice this slip-up before, but during the scene, you can see Hailey’s shoes switching from white runners to white heels as the camera flips back and forth.

After the horrible deaths of both Jimmy Edwards and Keith Scott, everyone is led to believe that Jimmy had killed Keith and then shot himself after bringing a gun to school. Fans will remember that because of this Lucas was adamant about no one speaking to Jimmy or attending his funeral because he murdered Keith. Of course, Mouth talks Lucas into going despite his mom’s protests the pair along with Skills, Fergie and Junk go to the funeral to support Jimmy’s mother Mary who is there alone because everyone thinks her son is a murderer. Despite this, in season seven, episode 11 “You Know I Love You, Don’t You” Mary Edwards confronts Dan after he had made a living of redeeming himself once it was found out he was the one who had murdered Keith. She told him that he had no right to profit from Jimmy’s death and told him off about teaching about forgiveness even though he made everyone think Jimmy killed Keith, and also told him she had to bury her son alone. While the speech was warranted, fans knew she didn’t have to bury Jimmy alone because the river court guys did show up for his funeral.

Fans are well aware that Jimmy Edwards and Keith Scott died on the same day after the tragic events of the school shooting and Dan killing Keith and framing Jimmy. Even so, in season four, episode 11 “Everything In Its Right Place,” Lucas visits both graves and Keith’s tombstone says he died on January 23, 2006, but Jimmy’s says he died on March 1, 2006.

Fans are well aware that James Lucas Scott was born on graduation day in the fourth season. In the fifth season they celebrate his birthday but it is odd because school is still in session and there are 11 more basketball games to be played in the season, meaning the birthday was off by at least a few months.

When it comes down to it for the show, the biggest problem always seems to be inconsistencies in the timeline, but also differences in filming for the first episode. There are many things such as the school year, birthdays and the basketball season that don’t line up consistently. Another big problem is changes in actors for filming the same episode. In many cases the mistakes are small such as a strap that is on the shoulder rather than across the body or on the back on the shoulder, but in some there are visible differences such as hair color, or hair length changing as the episode progresses. 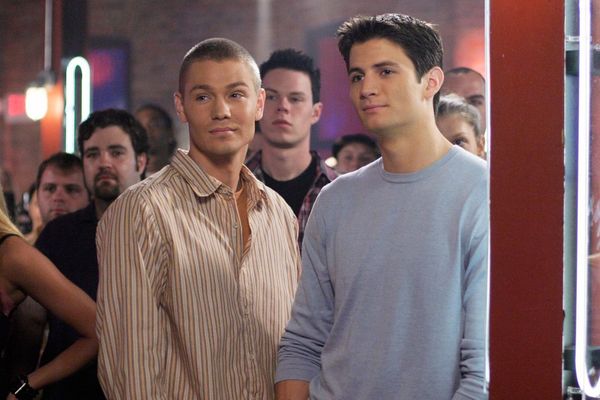