Anyone else out there miss Passions? The short-lived daytime drama was every soap opera fan’s dirty little pleasure with outrageous characters and storylines that unfolded in the little town of Harmony. Since the show premiered almost 20 years ago, it seems quite appropriate to take some time and reflect on the crazy characters that graced daytime screens for about nine years. As such, below is seven of the worst Passions’ characters ever.

Daytime dramas all have some overly cliched characters. There’s always that one female character who’s overly dramatic and always the victim. Theresa Lopez fit that bill to a T. She was one of the lead characters and, although some fans adored her, when it came to depth and personality, Theresa lacked both significantly. Her obsession with Ethan Crane was also a little over the top. Theresa would transform over the tenure of the show, but initially she was quite annoying.

Speaking of Theresa, Whitney Russell was her best friend and sidekick. In fact, no matter how crazy the scheme was, Whitney followed and helped Teresa, blindly at times. In terms of friends, Whitney was a good one, but she made for a doormat-like character and often got pulled into unneeded trouble thanks to Lopez.

With a name like Fancy, you know she was destined to hit this list. A Paris Hilton-like character, she was shallow, spoiled, and lacked any substance. Sure, these types of soap opera roles do serve a purpose on shows, but they can still be quite annoying to watch unravel on screen. The good news for Fancy was while she was one-dimensional at first, she did evolve into a pretty solid heroine over the years.

All incredible villains are not one dimensional — this statement rings true even in the land of soaps. Daytime drama fans have felt a connection to other villains like Days of Our Lives’ (DOOL) Stefano DiMera and Young and the Restless’ (Y&R) Victor Newman because a softer side has portrayed to add a differing element to their character. Unfortunately, Harmony’s public enemy number one was Alistair Crane, a man who sought to not only control his family, but the entire town as well. He was sexist, racist, and homophobic and had the A-typical personality that most rich and powerful men on soaps have. We know he was terrible as every good villain should be, but he also lacked depth.

Timmy was a character that walked that fine line between good and evil and the role was portrayed by the late and great Joshua Ryan Evans. Evans received a tremendous amount of attention for the Timmy role and rightfully so — it was a pretty unique and outrageous concept. However, a doll that comes to life? Sure, soaps can make the unbelievable believable at times, but even this idea was too insane for words.

Most soap opera towns have those poignant characters (i.e. rich family, poor family, girl next door, hero, and such), but not many have their own witch. Tabitha was interesting and her Passions’ storylines did receive a lot of attention, but the majority of what she did onscreen (along with Timmy) were simply too much even for a soap opera.

She was named Pretty because, well, she was so pretty when she was first born! If that isn’t a reason to hit number one on this list, not sure what would be! Much like most of the Cranes, Pretty was annoying, spoiled, and very devious! As most soap villainess, she faked her own pregnancy and was constantly looking to break up the relationship her sister Fancy was in, as she wanted Luis all to herself! This seemed to work well for Days of Our Lives’ Sami Brady, but Pretty failed miserably. 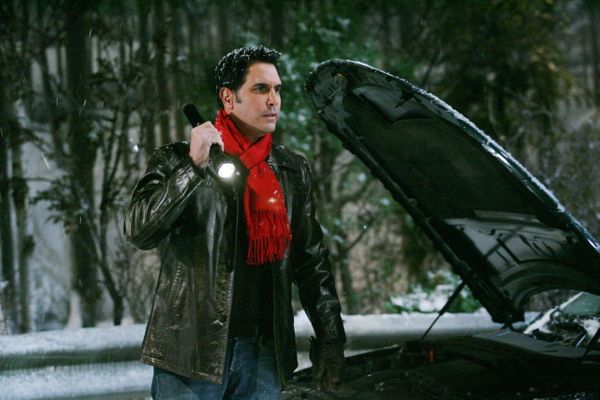