People magazine’s Sexiest Man Alive title is quite the honor. It is reserved only for celebrities who are really handsome and doing really well career-wise. The first man to ever receive this honor was Mel Gibson and that was way back in 1985 when he was just a hunk with a killer career. Now we all see him very differently! Since then, plenty of men have received this honor; however, we’re not convinced that not all of them were worthy of it. Here are 7 famous men who were selected as People Magazine’s Sexiest Man Alive who we think were unworthy of the honor.

Nick Nolte is considered anything but attractive these days. In 1992, however, it was a different story. People magazine gave him the title of “Sexiest Man Alive” and we think it may have been a mistake. Sure he was talented with rugged good looks, but we personally think his days as any kind of sex symbol ended in the ‘80s. Why does People keep giving this honor to people who are well past their prime?

Nolte has had his fair share of struggles. In 2002, he was arrested for driving under the influence and the mug shot that police took looked pretty frightening. From the Hawaiian shirt that he was wearing to his wild hair, he looked like he had seen better days – much better days. Thankfully he was able to get past his troubles and get his life back on track. These days, he looks as though he has a new lease on life. He’ll never be voted Sexiest Man Alive again, but that’s okay!

Sean Connery was considered really sexy earlier on in his career when he was doing all of the James Bond movies. When People Magazine proclaimed him Sexiest Man Alive in 1989, some of us were left scratching our heads. He certainly didn’t look the part of what we now consider the sexiest men alive. Some say that he deserved the title because he stayed sexy with age, but we’re not quite buying that.

When Connery learned that he was chosen as Sexiest Man Alive, he was pretty shocked. “For once, I’m speechless. It’ll all be downhill from here!” he was quoted as saying. He was pretty accurate about that. He’s not really remembered for his role as James Bond or for being the Sexiest Man Alive. He is more remembered for the interview he had with Barbara Walters where he told her that he thought it was okay to hit a woman, just not in the same way one would hit a man.

Harrison Ford was quite the stud in the ‘70s and ‘80s. When he was given the honor of Sexiest Man Alive in 1998, he was pretty confused. “Why this sudden outpouring for geezers?” he said. “I never feel sexy. I have a distant relationship with the mirror.” We do think Ford is a good looking man but feel like he probably would have deserved this title more in the ‘80s. He was a huge star then and totally at his physical peak.

When it comes to his looks, Ford doesn’t see himself as anything special and happily detailed all of his physical imperfections for People Magazine when he found out that he was Sexiest Man Alive. “I’ve got a completely imbalanced, irregular face and a nose that’s been broken three or four times. One eye is higher than the other. When people photograph me, they have to kind of twist the lights around to make me look like a movie actor,” he said.

Harry Hamlin was People Magazine’s choice for Sexiest Man Alive in 1987. We’re not entirely sure why they gave the title to him. He wasn’t ugly by any means, but we don’t think he was sexy enough to deserve that kind of title. We think he is more like a red wine. He’s definitely getting better looking with age; however, that could just be the work of a really good plastic surgeon.

Hamlin’s career isn’t quite what it was in the ‘80s. While he currently has had a recurring role on the critically acclaimed show Mad Men, he has also joined The Real Housewives of Beverly Hills with his wife Lisa Rinna, which is a huge step down. Reality shows like this aren’t for people who can get real acting jobs.

In 2013, Adam Levine was selected as People Magazine’s Sexiest Man Alive. Many people were definitely not in support of that choice for a variety of reasons. Some people just don’t think he’s physically attractive; others think he is slimy; and there is a small group who thinks someone else like Henry Cavill, Chris Hemsworth or Ryan Gosling should have been given the title.

We think that one of big reasons that people think Levine is unworthy of the Sexiest Man Alive title is because he was such a womanizer. He makes no bones about the fact that he likes to sleep around with as many beautiful women as possible. The big problem with this is that he sees his promiscuity – his inability to stick with just one woman – as him just showing just proving how much he loves and respects them. Now that he is married, we certainly hope he’s changed his ways.

Johnny Depp has received the Sexiest Man Alive title not once but twice. While we do agree that he is interesting looking, we don’t necessarily think that he was worthy of the title in 2003 or in 2009. Very few men have been selected twice. The only other two-time winners are Brad Pitt and George Clooney. With these two, it makes sense. Both are incredibly handsome, successful and suave. Depp is only one of those things.

The one thing that the Oscar-nominated actor had that was going for him was his career. He has had an insane amount of success thanks to all the quirky roles that had been thrown his way. Like all good things, this came to an end. In the last year or so, his career has finally started to slow down. His movies aren’t doing well at the box office or with critics, which makes us think that Depp’s days as one of People’s Sexiest Men Alive are done.

In 2002, Ben Affleck was named People Magazine’s sexiest man alive. We find the timing of this really interesting because people were just starting to really tire of him. He was on the cover of every gossip rag at this point thanks to his relationship with Jennifer Lopez and he was making a lot of bad decisions professionally. Whoever told him to take the role in Gigli should definitely be fired.

We know for a fact that there are many Affleck fans out there; however, some of us totally don’t get what people see in him. He’s always seemed just a little too smug. Even now, when he discusses his former life as part of one of the most famous couples ever – Bennifer – he is pretty to quick to throw his former fiancé under the bus. He’s obviously not much of a gentleman, which makes him pretty unsexy in our eyes. 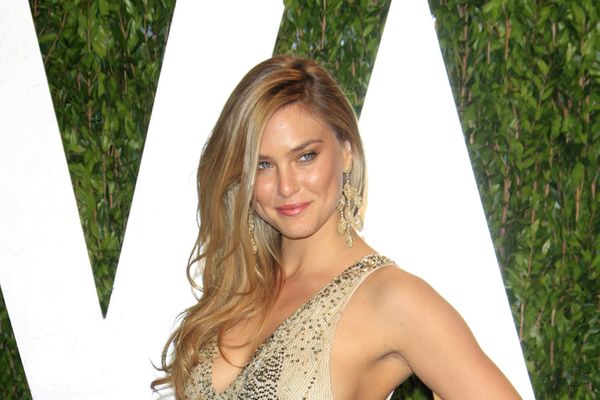 20 Celebrities With The Hottest Bodies!