It’s been a huge year in soap operas, with 2019 marking some incredible storylines, returns, with old and new faces that have stirred the pot. But, what would daytime drama be without our favorite leading men? Below is an overview of some solid male soap opera stars in 2019 ranked!

Coming in at the bottom of the list is someone who made a huge splash in late 2019, recast into the legendary General Hospital (GH) role of Nikolas Cassadine. Fans thought Cassadine may return this year, with hints of his name sprinkled throughout storylines in the approaching months; however, when he turned out to be the masked man following Ava in the Halloween episode this year, fans were blown away!

Among the huge returns that unfolded in the land of soap operas this year, Days of Our Lives (DOOL) Xander Kirikias coming back to Salem was one of the bigger ones. While he’s generally up to no good, he is a bad guy to watch out for come 2020, as it seems his relationship with Sarah Horton may help keep his conscience in check.

One doesn’t last in the soap business for decades on just looks alone. Yes, The Young and the Restless’ (Y&R) Nick Newman is handsome, charming, smart, and tends to always do the right thing; however, the longevity of the character is all thanks to actor Josh Morrow. Nick has had some incredible highlights this year, from dressing up to as J.T. to scare Genoa City residents to refusing to back down to his father Victor, and breaking hearts from Sharon, to Phyllis, and now Chelsea. What does 2020 have in store for Nick and Josh? Perhaps a city council seat?

So, he may not be around anymore, but actor Coby Ryan McLaughlin made quite the impact in Port Charles this year. He played the slimeball cult leader Shiloh so well that many GH viewers forget just how handsome the actor really is. While he may be gone (for now), what he did, and how he negatively touched the lives of so many characters within the show will remain on the minds of many viewers for years to come. He was a terrible man, but he did make things interesting.

Eric Brady had quite a 2019, and many of his struggles centered around the females of Salem. He tried desperately to gain custody of Holly, gain Sarah’s trust and affection, and reunite with Nicole as well. In all his trials and tribulations, he ended up winning the hearts of Days fans in the process, and as such, continues to be one of the more popular characters on the show.

Y&R’s Devon has had a hard year. He’s had to get over the loss of his wife, unborn child, adoptive father, and more recently, losing his fortune. Bad times on soaps tend to equal out with incredible performances by actors, and actor Bryton James’ scenes through all these struggles have been nothing short of phenomenal. He received a Daytime Emmy nomination in 2019 for his work on the Y&R, and while he didn’t win, it won’t take long for him to snag this honor at some point in the near future.

Speaking of Daytime Emmy-worthy work, actor Max Gail has nailed his GH role of Sonny Corinthos’ dad Mike this year, as he struggles with Alzheimer’s. He’s portrayed the highs and lows around battling this condition flawlessly, and it is no wonder that Gail walked away with the 2019 Daytime Emmy in the category of Outstanding Supporting Actor earlier this year.

Who knew that a bad boy could turn into a soap opera hero within a blink of an eye? Ben Weston continues to wow Days fans as one half of super couple Cin (along with Ciara, of course) and is slowly, but surely, becoming a staple character on the show. Fans once had a disdain for Ben, but now there’s nothing but love!

Two soap operas in one year? Yes, actor Greg Rikaart nailed the land of daytime drama in 2019! He started off by ending his incredible run on Days as Leo Stark, the con man with a charm about him that made DOOL fans laugh out loud during his scenes. When that door closed, one to Genoa City opened up, and later on 2019, Y&R fans were ecstatic when Kevin Fisher finally returned home.

Speaking of coming home, actor Ingo Rademacher did just the same in 2019. While he had a solid run on The Bold and the Beautiful as Thorne Forrester, the actor decided to make a splashing return to where it all started for him in the land of soaps, GH. Fans of the show were over the moon to see Jax back in Port Charles, and he’s been stirring up trouble ever since.

Actor Dough Davidson is proof that if fans want to make a change, they certainly can! In fall of September 2018, reports surfaced that the contract of the longest-standing Y&R actor at the time (Davidson) had not been renewed. Fans were outraged and many hopped on social media to let their dismay be known. Come early 2019, Chief Paul Williams was back on canvas, doing what he does best: entertaining Y&R fans everywhere.

Tons of exciting comebacks in 2019, and then there was an unexpected exit. Actor Brandon Barash did a tremendous job when recast as Stefan DiMera in the spring of 2019, taking over for actor Tyler Christopher. Therefore, fans were shocked in the fall of this year when Stefan DiMera left the show in a very permanent way by being shot, with his heart donated to a dying Julie Williams. The reason behind this is unclear; however, it was unexpected all the same.

Mark Grossman had huge shoes to fill when he was recast into the Y&R role of Adam Newman in 2019. Not only did he have to live up to the legendary character, but the incredible portrayals of the part by past actors like This Is Us Justin Hartley and Michael Muhney. Simply put, Grossman has nailed the role, and once again Y&R fans have an Adam they love to hate.

Many DOOL fans believed it was an utter mistake when producers of the show got rid of Jack Deveraux in 2012. Salem just didn’t feel the same after that, but thankfully, the show’s bigwigs realized their error and Jack was brought back to Salem in early 2019, marking it as one of the biggest – if not the biggest – soap opera comeback of the year.

Maurice Benard has undeniably had an incredible 2019. He continues to dominate within GH storylines as Port Charles’ mob boss with a heart of gold, so much so that he scored the Outstanding Lead Actor Daytime Emmy at this year’s awards ceremony. Outside of that, he released a book called Nothing General About It, and also scored a Lifetime movie role, which would’ve even impressed Sonny, as the ultimate mob boss John Gotti himself in Victoria Gotti: My Father’s Daughter. 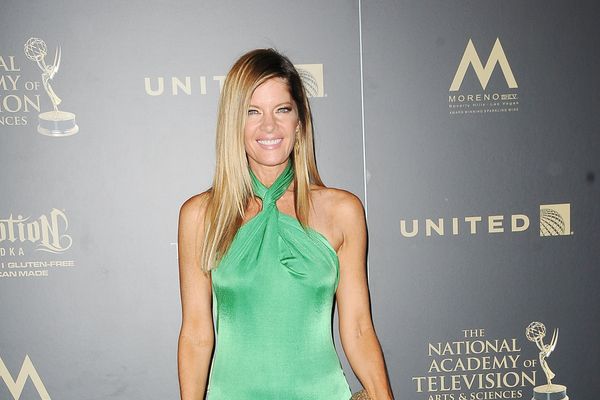