We’re all familiar with what Prince Philip looks like now but, once upon a time, he was a handsome young man who managed to sweep the future Queen of England off her feet. Do you want proof? Check out these rare pictures of the Duke of Edinburgh that most people have never seen:

This photo is from 1947 when Prince Philip, then known as Lieutenant Philip Mountbatten, was engaged to Queen Elizabeth, who was then just a princess. He always looked so serious, almost angry! But, wow, he was still quite the speciman! Elizabeth was one lucky lady!

In 1969, the Duke of Edinburgh was doing a tour of 11 Canadian cities. In this picture, he was in Peterborough, Ontario. He was handing out medals to young Canadians for their achievements in public service, hobbies and physical fitness.

John McNeill / The Globe and Mail

Here, Prince Philip is at London Airport in 1952 with a young Prince Charles. This is a really sweet picture; however, it is well known that Philip never had a particularly close relationship with his eldest son. You’d never know it from this picture, though!

In 1939, he joined the British Royal Navy as a cadet after leaving Gordonstoun School. He was promoted to Lieutenant in July 1942 and that October he was appointed to the V and W-class destroyer and flotilla leader HMS Wallace. He was in Tokyo Bay when the Japanese surrendered and is one of the few royals to serve in a combative role.

Prince Philip paid a visit to Upper Canada College, a school in Toronto, in 1969 and presented Duke of Edinburgh Gold Awards to nine boys. He served as the school’s official “Visitor” from 1955 up until he retired from his royal duties in 2017.

Photo by Barrie Davis / The Globe and Mail

In 1948, the Summer Olympics were held in London, England, and Prince Philip got to attend the games. Here he is shaking hands with French cyclist Jose Beyeart, who had just won the 20-mile cycle road race in Windsor.

Many people aren’t aware that Prince Philip is actually an avid painter and loves to paint landscapes with oils. His most famous painting is arguably one of his wife, Queen Elizabeth, having breakfast. This picture of him painting is from 1969.

The Duke of Edinburgh was a guest of Canada’s Royal Canadian Mounted Police during his three-day visit in Ottawa in 1954. In this photo, he is leaving with RCMP Commissioner L.H. Nicholson to drive to the Rockcliffe Barracks.

Richard Cole / For The Globe and Mail

Prince Philip certainly loved to visit Canada! In 1973, he and Queen Elizabeth paid a visit to the former colony. They were in Ontario, Prince Edward Island, Saskatchewan and Alberta to mark the RCMP centennial of P.E.I. joining the Confederation and the tercentennial of Kingston, Ontario.

John McNeill / The Globe and Mail

Prince Philip was incredibly handsome as a young man. Here is at Gordonstoun, a boarding school in Elgin, Scotland, in 1939, where he spent the majority of his high school years. This was just before he went off and enrolled at the Royal Naval College, Dartmouth. 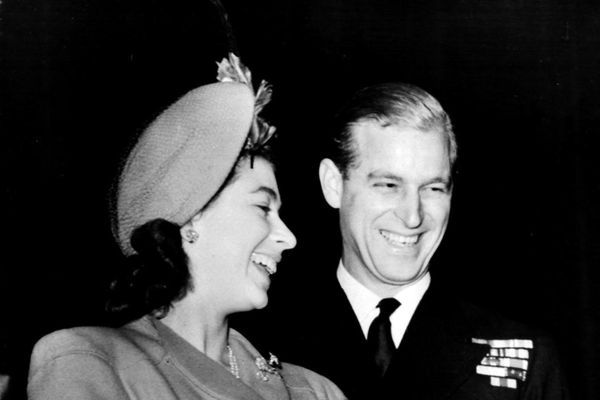 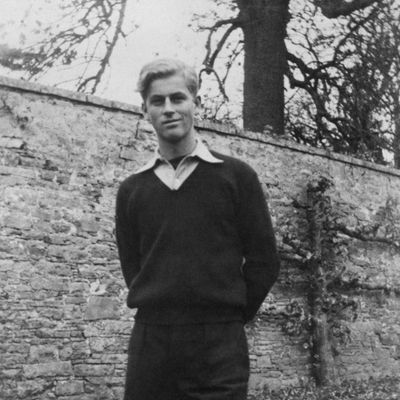