Bravo’s Real Housewives franchise has been around for quite some time now, and in the past decade it’s grown exponentially with several shows across America and even some internationally! In the midst of all the drama, it’s nice to get some comic relief from watching the friendships between BFFs. Each show has their own set of great friendships between cast members, many of which we’ve been watching for years, so it’s heartbreaking when they get caught up in the drama. Sometimes they are able to overcome their differences, but there have been times when things become irreparable. Here’s a look at 8 of the most upsetting Real Housewives friendship break-ups!

While Brandi Glanville and Lisa Vanderpump never had much of a sentimental friendship, these two were hilarious together! It really seemed like Lisa and her husband Ken had taken Brandi under their wing. But in season 4, Brandi began to feel like she was being played and manipulated to do Lisa’s dirty work with the other cast members. She also didn’t like how Lisa kept bringing Scheana, the woman who broke up her marriage, to staff her parties. Their friendship ended when Brandi decided to blow the whistle on Lisa during a trip to Puerto Rico by telling the other ladies that Lisa plotted to bring tabloid magazines on the trip. In the following season Brandi tries to make amends with Lisa, but it doesn’t seem to work.

In the Real Housewives’ sphere, friendships form and break all the time and the friendship between Cynthia Bailey and NeNe Leakes is no different. These two were best buddies in the beginning when Cynthia joined the show in season 3, but their relationship turned sour by season 6. Not even Cynthia’s friendship contract could fix things between them. As of 2016, it seems these two are friends again much to the dismay of Cynthia’s new bestie, Kenya Moore.

These two RHOC Housewives seemed like the perfect besties. They were both a little on the ditzy side, and as much as Gretchen didn’t like to admit it, they were both O.C. princesses. They were each others only allies on the show for a little while, but in season 7 when hell froze over and Gretchen and Tamra were ‘friends’ for a hot minute, Alexis felt left out. She then struck up a friendship with Vicki. Things got even worse between them when Alexis got a deal to host a Fox 5 news segment and Gretchen told her she was also offered the same deal. Then in Costa Rica the women all ganged up on Alexis to point out examples of when she’d been insincere and Vicki was the only one who came to her defense. This solidified the end of their so-called friendship.

They called themselves the Lucy and Ethel of New Jersey. Not only did they get along and have a great friendship, but their husbands were also good friends and they all mingled in the same close knit group. The moment Jacqueline confronted Teresa on camera about the tabloids in season 4 was when their friendship ended for good. Since then they’ve tried several times to move past it and are sometimes successful, but it never lasts. These two have said so many awful things about each other in the press and on the show, there is no way they’ll ever be able to amend their relationship.

When Lisa Rinna joined The Real Housewives of Beverly Hills in season 5, she became fast friends with LVP. They both shared a great sense of humor and knew how to have a good time. How could we forget when they went miniature pony shopping together in their cowboy hats!? Things got dark in season 6 when Lisa Rinna brought up the dreaded M word: Munchhausen. She claimed LVP had encouraged her to bring it up. Of course, LVP vehemently denied this, and Rinna’s case wasn’t all that strong because at the end of the day, it was her choice. But then again, this isn’t the first time LVP has been accused of being manipulative. We will never know what happened behind closed doors, but what we do know is that LVP holds a mean grudge, so these two won’t be friends again anytime soon!

Tamra Judge and Vicki Gunvalson are the two longest standing cast members on The Real Housewives of Orange County. These two used to be inseparable. The Woo-Hoo BFFS were as thick as thieves in O.C.! They were constantly cracking each other up which is why it was so heartbreaking when a man came between them. Their friendship hit the rocks in season 7 when Vicki began dating Brooks Ayers. They managed to remain friends off and on for a while even though Vicki knew Tamra didn’t like her new beau, especially when he fabricated an illness. They probably could’ve foraged a friendship again, but in season 11 Vicki began spreading rumors that Tamra’s husband was gay. That definitely sealed the deal on the demise of their friendship.

It might be hard to remember this far back, but in the first few seasons of The Real Housewives of Atlanta, Kim Zolciak and NeNe Leakes were attached at the hip. Things came to a screeching halt when they got into a big blow up on Kandi’s tour bus in season 3. It seemed from this moment on they’d deemed each other arch-enemies. Luckily, today they’ve repaired their friendship and even announced they’d do a road trip show together, but it never happened. Both ladies are set to return to the show for season 10, so we’ll just have to wait and see if their friendship continues or takes another turn for the worse!

When Jill Zarin and Bethenny Frankel of The Real Housewives of New York City had their falling out it was heartbreaking because they had one of the best friendships of all time! Sadly, the greatest friendship of all time also turned into one of the biggest feuds. Once Bethenny felt betrayed by Jill, she cut ties for good and never looked back. It all stemmed from when Zarin allegedly called The Today Show and told producers they should have hired her to guest host instead of Bethenny. While it’s been years since their feud and Bethenny has since told Andy Cohen she holds no ill will towards her former bestie, things have never been resolved between the two. 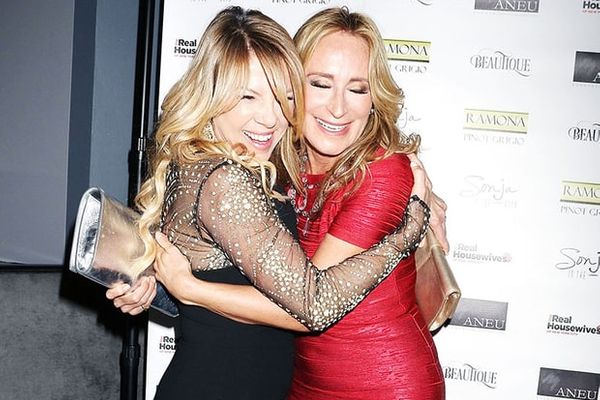