Bravo’s Real Housewives reality series has become a cultural phenomenon. What began as one show has now spawned multiple shows around the country and world, including spin-offs and even turned some long time cast members into full blown celebrities! What makes the show so great is the friendships between cast members! There wouldn’t be a show without these women and their relationships with one another. Some are endearing while others are just plain comical! So with that being said, here’s a ranking of the 8 best Real Housewives BFFs!

Phaedra Parks and Porsha Williams, also known as “Frick and Frack,” made this list even though they technically aren’t best friends anymore, but that’s a relatively new revelation. Prior to the latest season of Real Housewives of Atlanta these two were inseparable! Their friendship recently dissolved after Parks started a rumor about their co-star, Kandi Burruss, and Williams felt like Parks used her to get back at Burruss. In an interview with The Daily Dish in May 2017, Williams said the last time she spoke to her former best friend was nearly two months prior when Parks texted her to offer her condolences about Williams uncle who passed away. “Besides that, I haven’t talked to her,” said Williams.

Veteran Housewife Vicki Gunvalson used to be best friends with fellow Orange County Housewife Tamera Judge, but when their friendship dissolved Gunvalson found a new bestie, newcomer Kelly Dodd. All last season the two bonded over their shared dislike for their co-stars as they both relied on each other to be an ally in their war against the group. Gunvalson and Dodd have easily been branded the bullies of the group, but with a cast shake up in season 12, it’ll be interesting to see the dynamic between the group!

These two Real Housewives of Beverly Hills cast mates formed a strong bond off their shared soap opera background. They have one of the strongest friendships in the entire franchise, not only because of their long history that pre-dates the show, but also because we’ve seen Lisa Rinna test Eileen Davidson’s boundaries and, no matter what she does, Davidson is there to back her up! It can be a little frustrating watching these two tag team their opponents in arguments on the show, but there’s no denying their bond is strong!

Tamra Judge and Shannon Beador might seem like an unlikely pair but with the mix of ladies on The Real Housewives of Orange County lately, these two are each other’s only ally. They were fast friends when Beador joined the show in season 9, but had a brief falling out after Judge talked about her behind her back. They’ve since made up and are now really close friends again!

Beverly Hills Housewives Lisa Vanderpump and Kyle Richards are two people we’d love as our best friends. Even though they’ve had their differences in the past, they seem to accept each other for who they are which is rare among cast members on the Real Housewives! Not only are they accepting of each other, but they share the same sense of humor! There’s nothing better on a show filled with so much drama than two ladies who can laugh at themselves. Richards does a good job of keeping up with Vanderpump’s quick wit and knows exactly how to dish it back to her while some of the other ladies might be a little too sensitive about it.

No one was surprised to see these two hit it off when Bethenny Frankel returned to The Real Housewives of New York City in season 7. Carole Radziwill is extremely laidback, but also intelligent and doesn’t get too involved in the drama which is exactly what Frankel needs in a friend. She’s got enough drama in her own life, she doesn’t need it from her friends! The two of them are often called out by their cast mates for only hanging out with one another, or for Radziwill not having a mind of her own. But their relationship isn’t superficial and they do seem to have a connection with one another, plus Frankel has such a history with many of the other cast members, with Carole it’s more of a clean slate.

No one can deny that Brandi Redmond and Stephanie Hollman have a close friendship. We can tell from the way they laugh about silly things like little school girls! They share the same sense of potty humor and seem to level each other out. They came into the first season of The Real Housewives of Dallas as best friends and this friendship definitely helped them through all the ups and downs of being on a new reality show, especially for Brandi who went through a bit of family drama while filming.

These two ladies have been long time cast members of The Real Housewives of New York City, and friends for over 20 years! Their relationship tends to be hot and cold, but not matter what they do or say about each other, they always seem to end on good terms. The two of them together bring a lot of comic relief to the show and they do seem like sisters at times, like when they insist on bunking together on every RHONY trip and tend to have a few too many glasses of wine. Ramona Singer and Sonja Morgan are definitely the best BFF duo in the entire franchise. 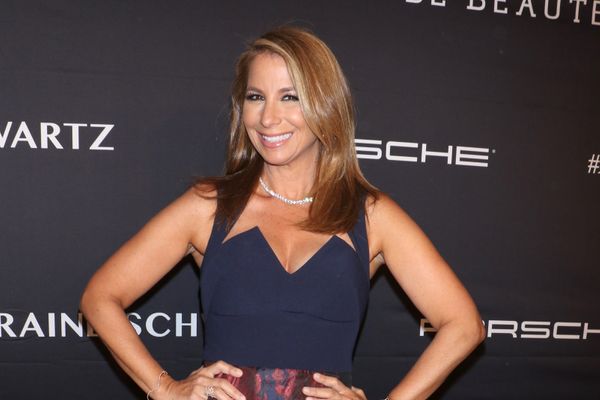