Bravo’s Real Housewives reality franchise has been around for over a decade now and in that time it’s grown from one single show to an entire series of shows across North America and even over seas! The nature of the show causes a high turn over rate among cast members, so fans who’ve been watching since the beginning have seen many women come and go from each show. While we were happy to see many go, there were others who definitely left big shoes to fill. Here’s a list of 10 former Real Housewives we wish would make a comeback!

There’s no denying that NeNe Leakes played a big role on The Real Housewives of Atlanta for a long time. As a veteran Housewife, she’d been with the show since its inception back in 2008. Leakes starred as a main cast member for the first seven seasons and even stuck around as a guest in season 8. Her big personality made her the perfect candidate for the show and her ‘tell-it-all’ attitude brought a lot of drama! We’re pretty sure we haven’t seen the last of NeNe Leakes on RHOA, but we’re hoping she makes a comeback sooner than later!

Heather Dubrow is the latest Real Housewives of Orange County star to announce her departure. She starred on the show as a main cast member for five seasons, and while it might have taken fans a while to warm up to her ‘fancy pants’ behavior, she’s since become a fan favorite. The former actress lives an extremely lavish life with her husband Terry Dubrow which was interesting to see. She acted as the voice of reason in many situations, but it’s clear she’d had enough of the petty drama by season 11. Next season won’t be the same without Heather and we’re sure fellow Housewife Tamera Judge feels the same way!

We can almost hear her famous ‘Holla’ tag line! The Yummie Founder and fashion designer was a main cast member on The Real Housewives of New York City from season 5 to season 7, but when Bethenny Frankel came back, these two just couldn’t seem to get along and it probably drove Thomson away. While we can understand her need to focus on her business and family, we still miss this cool chick! She brought some diversity to the show as a laid back mom who’s also a strong and savvy businesswoman. This former Housewife definitely knew how to not sweat the small stuff and would call it as it is which made her a perfect match for veterans like Ramona Singer and Sonja Morgan!

Yolanda Hadid goes down in history as the sweetest and most kind Housewife the franchise has ever seen! She joined The Real Housewives of Beverly Hills in 2012 and stayed with the show until season season 6 amid news of her divorce from David Foster. Yolanda’s time on the Real Housewives was interesting because viewers saw a drastic change in her as she was diagnosed with Lyme disease shortly after she started filming. The former supermodel brought a great chemistry to the show and definitely kept some of the other ladies level headed and didn’t participate in the petty drama. We definitely feel like Yolanda’s last season on the show didn’t do her justice. It was clouded by the whole Munchhausen debate, so we want her to come back and do it right!

Caroline Manzo was always the voice of reason on The Real Housewives of New Jersey and in a lot of ways she served as the matriarch of the show. She didn’t waste time getting involved in the constant drama that seemed to surround the Giudice family, but she knew how to put her foot down and settle it when enough was enough. This mother of three was so well liked by fans that she and her family were given their own spin-off show called Manzo’d with Children after she announced her departure from RHONJ. It was recently announced that her spin-off would not be renewed for a fourth season, so it would be the perfect time for her to make a big return!

This Atlanta Housewife started out as a mistress when she began filming The Real Housewives of Atlanta back in 2008, but in season 3 she met her husband, Kroy Biermann while filming an episode of the show! Kim was usually the center of drama during her time on RHOA which is probably why she and her growing family were offered their own spin-off called Don’t be Tardy which was set to begin after her departure in season 5. Surprisingly, their show has been quite successful and Kim is continuously making headlines alongside her daughter, Brielle. It would definitely shake things up to throw her back in the ring with her former co-stars!

Jeana Keough is one of the true OG’s of the Real Housewives. She was an original Housewife on The Real Housewives of Orange County, the show that spawned the entire franchise. Jeana Keough makes appearances on RHOC every now and again, but has never returned as a full time cast member ever since she left midway through season 5. Keough wasn’t exactly loved by fans, but she has a history with veteran Housewives Tamera Judge and Vicki Gunvalson, so she could easily sneak her way back into the full-time cast line up. She’s finally divorced from her ex-husband, Matt Keough so this could have an impact on how she behaves, and viewers watched her family grow up on TV so it would be fun to see where all of her kids are now!

She’s likely one of the most controversial stars from the Real Housewives, but she definitely knew how to bring the drama to the show! Brandi Glanville was constantly at the center of controversy on The Real Housewives of Beverly Hills, from the second she stepped onto the scene, up until her last reunion. She continues to stir things up and we definitely know she’d ruffle more than a few feathers if she was brought back on the show so for the sake of entertainment, we’re gonna toss her name into the hat of Real Housewives stars we’d like to see come back!

Another sweet Housewife who got left the show far too early in our opinion. Lauri Peterson’s life changed dramatically during her time on The Real Housewives of Orange County. Peterson went from being a single mom struggling to raise her two kids alone to the wife of an extremely wealthy O.C. businessman and mother to six children, four of which were from George’s previous relationship. She was a main cast member for the first four seasons and has made some guest appearances since, but we’d like to see her step back into her original role. She has a real friendship with long-time Housewives Vicki Gunvalson and Tamra Judge, so it’d be interesting to see where they’d all pick up!

Jill Zarin is another original Housewife, but she’s from the Big Apple. She has been open about the fact that she didn’t want to leave the show when she was fired after the fourth season, so we know she’d be eager to make a comeback. During her time on the show she was definitely one of the lead Housewives who tried to take a lead role on the show, but if she were to comeback she’d be in for a rude awakening! Her old pal Ramona Singer definitely wouldn’t be welcoming her with open arms, but teasers for the current season of RHONY show Zarin making a brief guest appearance so we’re hoping this could lead to something more! 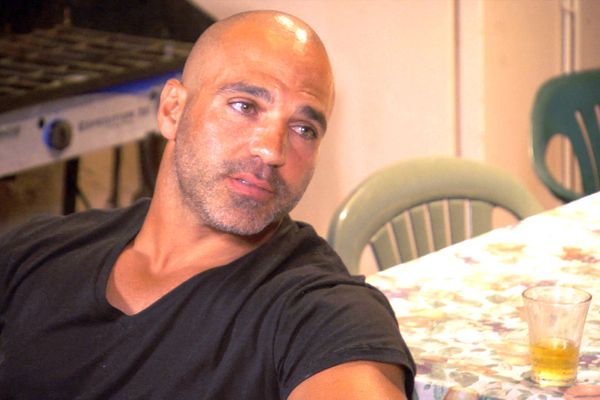