How is Krista Allen doing in the role of Taylor Hayes so far? We’re grading the recast on her performance, so don’t forget to add your score in the poll below!

When news spread that The Bold and the Beautiful (B&B) had recast the role of Taylor Hayes, the subject of the headlines — Days Of Our Lives alum Krista Allen — was almost an afterthought. Instead, soaps magazines and pundits had much more to say about outgoing actress Hunter Tylo.

At the time, this journalistic approach made sense. Tylo wasn’t only a daytime television legend, she was an iconic face in the wider public consciousness. The news that Tylo was stepping down felt permanent this go around, so perhaps that attention was warranted.

Want spoilers? Check out Bold And The Beautiful Spoilers For The Next Two Weeks (April 4 – 15, 2022)

Just a few months on, however, the emphasis on those headlines reads differently. Yes, Tylo’s departure signaled the end of a particular B&B chapter, as she had been Taylor Hayes for twenty-odd years. But the trade-off? We somehow scored Krista Allen, and she’s killing it!

Allen has brought an energy and sparkle to the role that not only reinvigorates the character, but brightens the performances of everyone around her. In fact, her screen presence has been one of B&B‘s saving graces during the show’s Brooke-obsessed start to 2022.

The new Taylor’s journey of self-discovery has been fun to watch. In her early scenes – which we could call the “Wig Era” – Allen’s tenderness allowed her to ease into the role without distracting from the story. For a recast, that’s enough of an accomplishment!

But now, free of that hairpiece and comfortable in her character, Allen is stealing scenes left, right and center. B&B viewers are not only siding with Taylor amidst her love triangle with Ridge and Brooke, they’re downright protective of her!

Cynics might argue that stealing scenes isn’t so hard when Allen’s storyline, like Ridge, has been too paralyzed to make a decision. However, in the wake of Finn and Steffy’s shooting, there’s no arguing that B&B has entered new territory.

And fittingly, Allen took Taylor to new places this week as she sat with her critically injured daughter in the hospital. In halted speech and sniffles, Allen was a proper wreck, but fighting with all her might to be the strong matriarch everyone needs her to be. It was a powerful performance.

Want more spoilers? Check out Bold And The Beautiful: Spoilers For April 2022

If Taylor’s strength and vulnerability in that scene stands as the hallmark of Allen’s achievements in the role so far, we should remind ourselves that she’s only been on camera since December. She’s just getting started.

Another reason it’s hard to believe that Allen re-entered the soap opera world so quietly is because she has been anything BUT quiet since she got here!

Allen has been just as engaging for her off-screen personality as her on-screen talents. She was unafraid to sound off about that wig and is constantly joking about her character’s actions (or inactions) on Twitter. But what did we expect from a former stand-up comedian?

(Some interesting trivia: Allen now has about a thousand more Twitter followers than on-screen rival, Katherine Kelly Lang. It’s not a competition or anything, but that says something about the impact she’s made in a relatively brief time.)

Want B&B news? Check out Bold And The Beautiful News Round-Up For The Week (April 4, 2022)

With her sense of humor and unusually candid interviews, Allen has won over a tough audience by bravely being herself. As a result, B&B have netted a strong performer to carry on this legacy character, but also a street-wise ambassador for the soap.

Who can forget the way Allen reacted when she learned about the big plot twist? “I watch the BnB story unfold as scripts come in, just like y’all do when you watch the air shows,” Allen tweeted back in late January. “I just read the latest scripts and… OMG!!!! Y’ALL ARE GOING TO GO NUTS!!!! Bold writers are brilliantly dishing out some gold!!!”

Whether or not that plot twist has climaxed with Finn’s passing is impossible to say, but Allen is just as excited for the future as B&B fans are. With Steffy’s life hanging in the balance and her “friend” Sheila falling apart in spectacular fashion, Taylor’s storyline can only get more interesting. And viewers can rest assured that Allen’s gonna bring it. 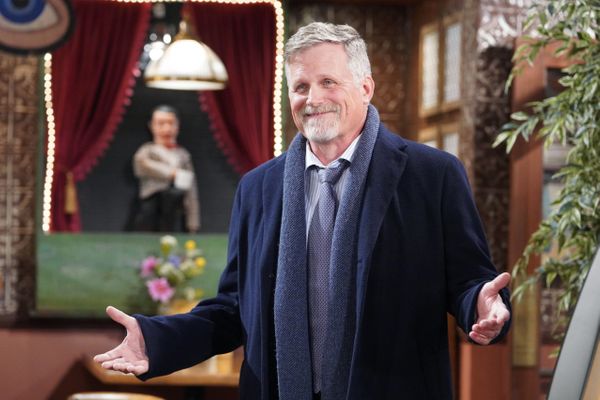