Tamra Judge has been starring on Bravo’s The Real Housewives of Orange County as a full-time cast member since 2007. She joined the cast in season 3 and recently returned for the show’s most recent twelfth season. In season 6, Tamra introduced viewers to Eddie Judge, and in 2013 viewers watched the couple not only tie the knot, but also make a huge life change as co-owners of C.U.T. Fitness. Despite opening their lives up to being on a reality series, there’s still a lot we don’t know them! In celebration of their recent wedding anniversary, here’s a look at 7 things you probably didn’t know about Tamra and Eddie Judge’s relationship:

When Tamra first started appearing on RHOC she was married to Simon Barney, but in 2011 they ended their 13-year long marriage. Shortly after, Tamra began dating Eddie Judge. In an interview with People she explained how they met and confronted the rumor that Eddie and Simon were previously friends. “Eddie and I started dating about two months after Simon and I split up. I met Eddie through [business partner] Marcos. There was a rumor out there that I was dating Simon’s best friend. That wasn’t true. They’ve never been friends,” she said.

6. Secret to a Happy Marriage

Eddie and Tamra no doubt have one of the most solid relationships on the show. They seem to compliment each other well and just get along perfectly. They’ve been married now for four years and together for seven and seem to be happier than ever! In an interview with The Daily Dish, Tamra said: “We just get each other and we’re so in love and we give each other our space. I want to say we communicate quite well, but that’s not always the case. We both get over things. Like, if he gets upset at me, he’s over it in two seconds. If I get upset at him, we’re over it. So we just have a really great way of working together. And he’s hot and he’s great to my kids. And he’s just a good person. So he makes things very easy for me.”

Fans of RHOC know Tamra has gone through an incredible transformation when it comes to her fitness and a lot of her success has to do with the support from her husband, Eddie. Luckily he’s also a bit of a fitness fanatic (and a great cook) so he was a huge help! In addition to doing a lot of her meal prepping, he’s admitted he’s been her biggest cheerleader. “I think she looks amazing. Definitely a lot of work to get where she got. I can’t say it enough, I am super proud of her, not just for the transformation but for the journey that she took. It’s a lot of work, very disciplined, and definitely not something everybody can do,” he said in an interview with The Daily Dish.

Even though Tamra has now been married three times, she and Eddie did not sign a prenuptial agreement when they tied the knot back in 2013. During an appearance on Watch What Happens Live they were asked why they decided to forgo the prenup and Tamra said it was because she “wasn’t ready to set my marriage up for failure.” Eddie then chimed in with his point of view: “I did not have a problem going into this full, 100 percent, no prenup because it does set you up for failure. Plus I’m not Donald Trump and she’s not a 20 year old trying to date me for my money, so it doesn’t make sense to do that for us.” Sounds like it was a mutual decision!

Eddie proposed to Tamra during a vacation to Bora Bora after two years of dating and it all played out during the episode “Will He or Won’t He” in season 7. He popped the question to her with a custom designed, platinum engagement ring with a white and rose gold setting and a round diamond center surrounded by a halo of smaller diamonds. In total the ring is over 5 carats! What many fans don’t know is that Eddie proposed to Tamra again when they got back from their vacation, but this time he did it in front of the kids. He wanted to include them in the proposal and make sure they knew that he wasn’t just promising himself to their mom, but them as well.

Tamra and Eddie love to travel, we saw them go on many trips and its during these trips that Eddie gets to show off his romantic side! In 2015 during one of their weekend getaways to San Francisco, Eddie surprised Tamra with rose petals on the bed in their hotel room and Tamra called this move his “signature touch.”

Fans of the RHOC know that Tamra can be a little dramatic, but she’s also got a wicked sense of humor and a very playful side to her. Not surprisingly, Eddie is the same way! In a Instagram post by Tamra, she said that married life hasn’t changed them one bit. She posted a goofy picture of the two with the caption: “[Three] years of marriage and we haven’t changed at all. He’s as hot as the day I met him.” In another post she referred to him as her “swolemate” and that he “taught me what true love is supposed to feel like.” How sweet! 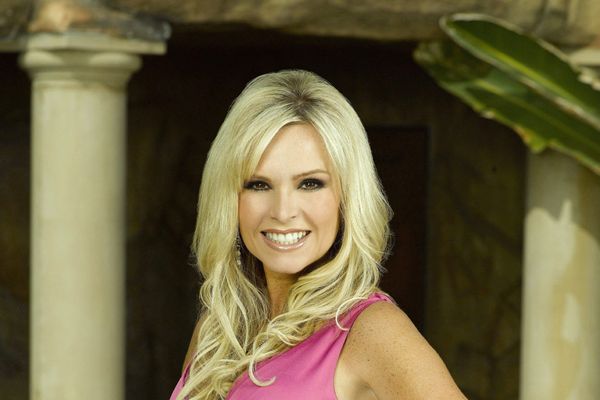