Dorinda Medley joined the cast of The Real Housewives of New York City in season 7 and has quickly become a fan favorite among viewers. When she joined the show she brought her boyfriend, John Mahdessian, into the spotlight with her, but their relationship has brewed some controversy as he’s clashed with some of her co-stars. As a result, his presence on the show has dwindled, but these two are still very much together and have now been dating for over four years! Check out our list of 6 things you probably didn’t know about Dorinda Medley and John Mahdessian’s relationship!

In an interview with OK magazine, Dorinda recounted the story of how she met her current boyfriend John Mahdessian, and surprisingly enough it was through her ex-husband, Richard! “We belonged to a small little club and [Richard] was there with John. We were never close but we’d always see him at this little club and say hi and have a drink and he was always nice. Then, about six months later after he died, I ran into him and he said, ‘Oh my God, how’s Richard?’ I said, ‘Well, he passed.’ He said, ‘Why don’t we grab some lunch?’ It really just developed as a friendship and after someone passes, you’re not looking to get together with someone. You’re rebuilding and he’s been such a good friend and such a great companion,” she said.

5. A Message for the Haters

Even though John doesn’t get along with some of her castmates on RHONY and her friends might not approve of the relationship, Dorinda has made it very clear she’s not interested in what other people have to say. “The truth of the matter is, we don’t need to say anything because we’ve been together for four years. Four years! As we know from our castmates, some of their relationships and marriages haven’t lasted for four years. So I think that it’s fair to say the longevity of our relationship speaks for itself.” We must admit, she has a point!

Even though Dorinda’s daughter, Hannah hasn’t come off all that thrilled with her mother’s boyfriend, she told The Daily Dish that her issue with John was blown out of proportion, “I think John’s great. I never had a problem with John.” What was hard for Hannah was seeing her mother move on after the death of her step-father, Richard. “At the end of the day, my biggest interests lie in my mother’s happiness. I want to support her. And quite frankly, if [John is] somebody that makes my mother fulfilled, content, takes care of her, loves her and makes her feel safe, then absolutely, on with John. Let’s do it. That’s my feelings. It’s not about me.”

One of the biggest questions their relationship has faced is whether or not they will get married. Dorinda has said in the past that she’s not interested in marriage and she’s done well to keep her relationship with John in slow gear. “I just don’t think of it right now. I turned 50 this year. I mean I love him. I’m committed to him. We’re monogamous. We think about our life going forward, always together. But you know, when you hit a certain age and you’re not having kids anymore and you’ve had two marriages, one divorce, one death, you just take things much more day-by-day,” she said. On the other hand, in her latest interview with ET, she said said right now she’s too preoccupied with her daughter transitioning out of the apartment, but to check back in a year!

Dorinda and John recently made the decision to keep him off the show in season 9 because their relationship was stirring up a lot of unwanted controversy as he feuded with Ramona Singer and Bethenny Frankel. “I think it’s healthy to be able to do this, go home and have somebody who’s not apart of it. You know what, he doesn’t need to be on. He doesn’t. Also, too, I felt like it was distracting from me, the audience getting to see me, and me getting to really get involved with the girls, because I felt like I was protecting and managing him,” she said.

It’s no secret that reality TV more often than not has a negative effect on relationships. Fans of the Real Housewives in particular have seen many marriages end, but Dorinda is certain she and John will outlast what is now deemed the Bravo curse. “Someone said to me at the beginning of the season, ‘You’re going to get the Bravo curse.’ I think whatever’s going on in your life, good or bad, it accelerates it. Listen, I went in there knowing I love John. I’m not going to break up with him because of Bravo. If God forbid we broke up, it would be because we broke up,” she said in an interview with The Daily Dish. 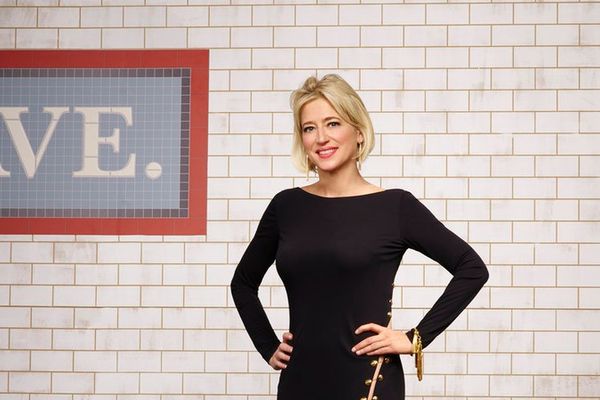 Things You Might Not Know About RHONY Star Dorinda Medley