Bravo’s franchise of Real Housewives has been widely successful over the years, with multiple shows spanning over numerous cities. One of the most popular has been The Real Housewives of New York City as it gives viewers a look into the lavish lives of New York’s elite — the parties, elaborate trips and of course the fashion is all over the top, and fabulous. One of the best aspects of any reality show is the cast and this rings true with the ladies of the Real Housewives of New York City. Our favorite cast member on this particular show is Sonja Morgan. Sonja is notorious for her wild partying ways, her entourage of interns and a lot of nonsensical thoughts. However, she’s also incredibly humorous with her quick wit and comical one-liners — she manages to keep the show light and funny, which can be a blessing among some of the other women! Here are some of Sonja Morgan’s best quotes and moments:

Any fan of the show knows that Sonja is infamous for having multiple unpaid interns working for her to help build her “international luxury lifestyle brand.” Although in reality, mostly they just do things around her house. In one episode, she’s preparing to host a cocktail party at her house and after examining one of her flower arrangements she notices the lack of water, so she turns to one of her interns and exclaims: “These flowers don’t have water! Oh my God, where did you girls go to college?” We’re pretty sure they don’t teach those things in college, Sonja.

The most entertaining and frustrating thing about Sonja is that she makes all these outlandish claims, and not only does she expect viewers to believe them, but she seems to truly have herself convinced. She’s infamous for name dropping and talking about how extremely wealthy she used to be. In one episode, she meets up with Aviva and takes particular notice of her bag, she said: “I know that bag. Eric Clapton used to bring it to lunch, and then we’d go play pool.” We highly doubt Sonja Morgan used to shoot pool with Eric Clapton…and that he carried around a purse. But then again, in Sonjaland anything is possible.

In the first episode of season 7 of the Real Housewives of New York City, the ladies are all hanging out in the Hampton’s discussing the hot topic of whether or not women should wear pantyhose. And in an off-camera interview Sonja hilarious quips in her views on the subject: “I just started wearing underwear again, and you guys want me to start wearing pantyhose?” How dare they!

In season 6 when the girls all take a trip to Montana, courtesy of Kristen Taekman, some of the women aren’t so hot on the idea of retreating into the wilderness for a vacation. Sonja is one of the women that take it the hardest — unless there are booze and men included, she’s not having fun. Sonja turned to Carole at one point and said: “Don’t you want to go out on the town? See some live people? I had a squirrel try to get in my room last night. I almost made out with him!” Apparently, Sonja will go to extreme lengths for a good time!

One of the best things about Sonja is the fact that she’s so quirky, but doesn’t realize it. She’s got one of her interns hard at work and she hands her what seems to be a refund from Amex and she said: “Now that’s respect. A refund from Amex. Cash it. Before they go bust.”

When the girls all go on a trip in season 5 Aviva decides to show up with her husband, which is a big ‘no no’ on a girls vacay. Ramona and Sonja find themselves caught in a heated argument with Aviva over the whole thing, which leads Aviva to call them both ‘white trash.’ The insult didn’t make too much of an impact though because Sonja and Ramona surprisingly didn’t seem to know what it meant. Sonja with her common attitude of never taking anything too seriously said, “I dunno. Maybe we are white trash, but who cares?” The two ended up googling the term to find out the definition, pondered a bit about it and moved on. Sorry Aviva, it doesn’t seem like the insult really stuck, but at least they learned a new phrase!

In the episode, “Sex Lies and Facials” in season 6 of Real Housewives of New York City, Sonja invites Kristen over for a facial. But when Kristen arrives at Sonja’s house, she’s nowhere to be found. Eventually, Sonja turns up in a t-shirt and baseball cap and a ripped dress. After much prompting of where she’s been from Kristen, she said that she had spent the night with a man she met and declared: “OK, so I had a walk of shame. I admit it, I live for the walk of shame. Actually, I call it a victory lap at my age!”

Last season a big argument surfaced during a trip to Turks and Caicos when Heather and Carole woke up to find a naked man sleeping alone in the room beside them. The women find out that the man was a ‘friend’ of Ramona’s who she met the night before and brought back to the house. Sonja claimed she can’t defend her actions because she ‘broke the girl code.’ Sonja wisely stated, “She doesn’t know the girlfriend code. When you bring a guy home at the beach, he stays at the beach. That’s why it’s called sex on the beach.” We think Sonja’s getting her cocktails and codes mixed up.

In season 6 of the Real Housewives of New York City, Sonja calls LuAnn out for having a ‘selective memory’ about certain things in order to avoid accepting responsibility. At a lunch with the other ladies, she called LuAnn the Queen of CRAFT which is seemingly an acronym she just made up on the spot. She said: “Queen of CRAFT. Can’t remember a fracking thing.” Well, if the shoe fits!

1. When her Teeth Fall Out

In season 6, Sonja is out for lunch with Aviva Drescher and in the midst of her eating and gossiping, she loses a tooth! She said in an interview afterward, “Next thing I know, my tooth was flying outta my face!” It happened again when Bethenny Frankel hosted a Valentine’s Day party for the women to attend in season eight. However, Sonja got a little too excited and during the party went up to Bethenny to tell her that she’s once again broken her tooth: “I want you to know I broke my tooth ripping his shirt off.” It seems Sonja has trouble hanging onto her teeth! 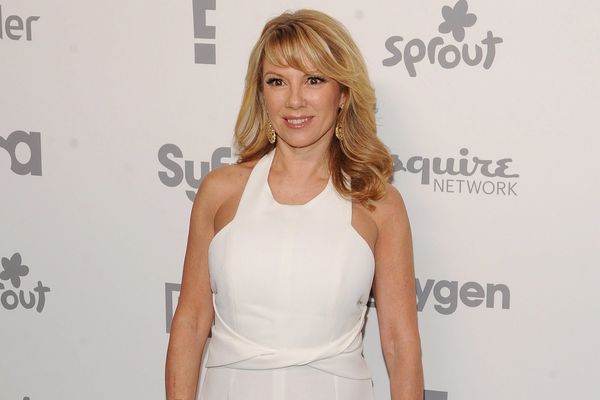