It didn’t take long for This Is Us to become one of the most popular and successful shows on network television and with its popularity the stars have risen to the forefront of television fame. The talented cast includes Milo Ventimiglia, Mandy Moore, Sterling K. Brown, Chrissy Metz, Justin Hartley, Susan Kelcki Watson and Chris Sullivan, all of whom are now best known as the Pearsons. Before they were knocking it out of the park in their This Is Us roles however, they were in many other popular series and films. Since those roles have now been completely overshadowed by their stellar performances in This Is Us, here are 14 roles your forgot, or didn’t even know, the cast of This Is Us had:

Of all the incredible stars on This Is Us, the breakout star has no doubt been Chrissy Metz as Kate Pearson. Although she was the least known out of the rest of the actors who were cast as the Pearsons, Metz did get a breakout role in American Horror Story for a few episodes as Ima “Barbara” Wiggles. Before that however she made small appearances on other television series including in My Name is Earl in the show’s fourth season. Unfortunately, her character was simply given the name Chunk and she appeared as a cheerleader for Camden County.

Sterling K. Brown is an absolute scene-stealer because of his incredible talent, and he has had many roles including a Golden Globe-winning part in American Crime Story. Aside from American Crime Story, many recognized the actor for his time on the series Army Wives, and he was recently spotted in the blockbuster superhero film Black Panther. Many fans of the star didn’t catch him though in the beloved comedy series Brooklyn Nine-Nine‘s fifth season. Brown starred in the entire episode as dentist Philip Davidson who gets interrogated by detective Jake Peralta and Captain Holt. The episode was focused entirely on the interrogation and once again Brown did an incredible job. 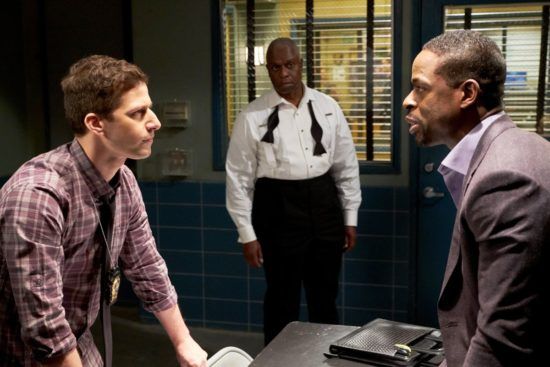 Before she was Beth Pearson on This Is Us, Susan Kelechi Watson had many different roles in television and was best known for her recurring role on Third Watch. Back in 2007 and 2008 however she made an appearance in three episodes of the hit procedural drama NCIS as Nikki Jardine, a germophobe who annoys DiNozzo and Gibbs. Even though her appearance as Nikki was small, Watson made an impact and despite her “annoying” character had many fans proclaiming that they would like the show to keep her around and explore the character further. 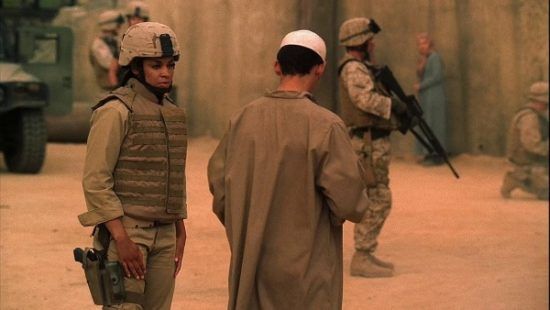 Looking back on Milo Ventimiglia’s career, fans usually point to his major role in Gilmore Girls as Jess Mariano or in Heroes as Peter Petrelli as his most memorable, and now of course he has made the character of Jack Pearson iconic. With so many big TV roles, many forget that Ventimiglia has been hard at work in the industry since he was just a teenager and actually had a significant role in one of the biggest franchises in film: Rocky. Back in 2006, the actor starred in the fifth installment in the franchise, Rocky Balboa, as Rocky’s son Robert Balboa Jr. Of course, Ventimiglia stayed close with Sylvester Stallone and played a huge part in having the actor guest star in the This Is Us in the episode “Deja Vu.” 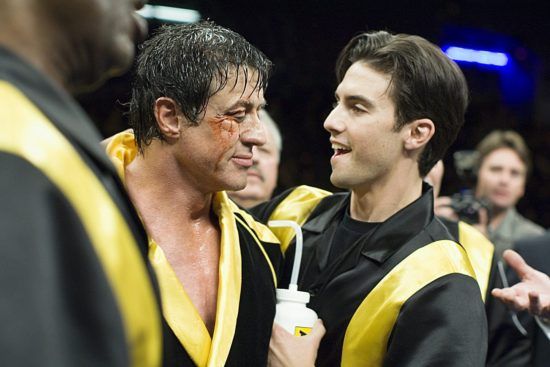 After starring in quite a succession of teen dramas, and blowing everyone away as Jamie Sullivan in A Walk to Remember, Mandy Moore took some time away from major roles before she jumped back into acting. Before she was Rebecca Pearson however, Moore was a guest star through four episodes of one of TV’s biggest shows, Grey’s Anatomy. The actress appeared in seasons six and seven as Mary Portman, a patient at the hospital who gets trapped with Bailey during the shooting. Moore’s character was one of the rare few whose case wasn’t dealt with in just one episode which led to her return in season seven. 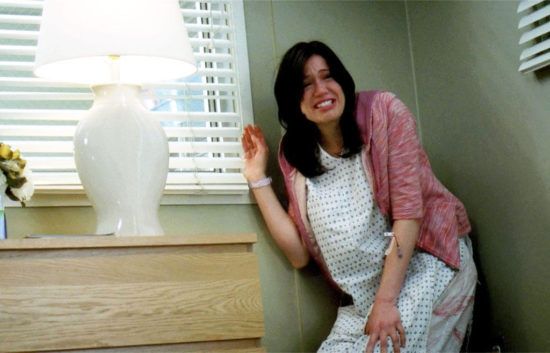 Although everyone can appreciate Justin Hartley as Kevin Pearson, many fans will always know him from his days as a soap opera star. The actor began his career as Fox Crane on Passions from 2002 to 2006 and then became a fan favorite on the iconic daytime drama The Young and the Restless as Adam Newman. Aside from his soap opera roles, and This Is Us, Hartley has had quite a few other jobs as well, including a small role on the former hit series Castle. Hartley appeared in the show’s fourth season as Reggie Starr, who ends up being the suspect and murderer Castle and Beckett are looking for after the death of a famous dog trainer. 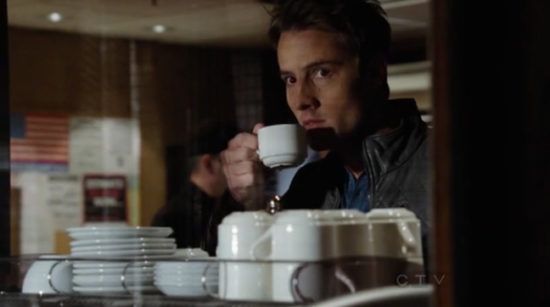 There is no better addition to the Pearson family than Chris Sullivan’s Toby Damon, but some of the lovable, carefree actor’s other roles might surprise fans! Sullivan is a bit harder to recognize in his roles outside of the hit series because he wears a fat suit for it, which means many missed it when he was in the major Netflix series Stranger Things. Sullivan appeared in the first two episodes of the series as Benny Hammond, the owner of Benny’s Burgers, the diner where Eleven winds up after escaping the Hawkins National Laboratory. Unfortunately as Benny tries to help the young girl he winds up dead, meaning his time on the show was short-lived, but his character was important in showing Eleven that other humans could be caring and compassionate. 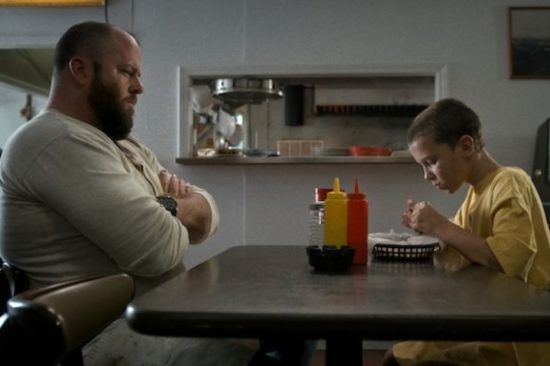 While many fans might have forgotten that Milo Ventimiglia was Rocky’s son in Rocky Balboa, they might have missed him entirely in several iconic teen series through the ’90s and 2000s. The actor’s very first credited on-screen role was actually in The Fresh Prince of Bel-Air when he appeared in the season six episode “Bourgie Sings the Blues” as a party guest. Ventimiglia then went on to appear in Sabrina, the Teenage Witch as a jock and Saved by the Bell: The New Class as a kid named Greg, all of which was way before he became known as Jess Mariano in Gilmore Girls. 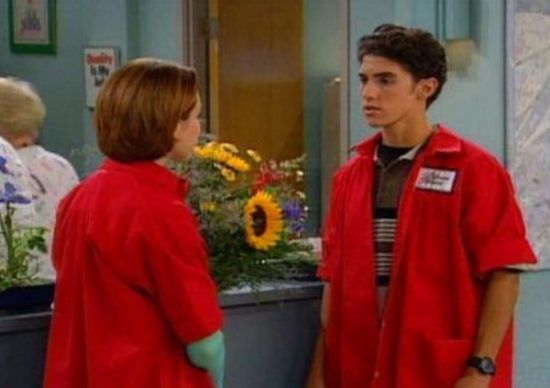 After making the bold decision to pack up her life and chase her dreams of being an actress, Chrissy Metz landed her first ever on-screen role in 2005 on the series Entourage. Metz appeared in the season two episode “The Sundance Kids,” under the role of Counter Girl and while the role was small, it was just the beginning of her career. That same year she landed another single episode role in the show All of Us, but it would still be nine years before her breakout role in American Horror Story and eleven years until she became Kate Pearson on This Is Us. 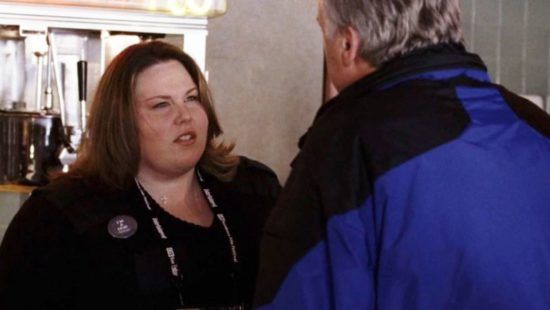 Over its many incredible seasons, Supernatural has seen quite a few stars make guest appearances, and Sterling K. Brown fans might have forgotten that he was one of them! Way back in Supernatural’s second season, Brown guest-starred as vampire hunter Gordon Walker and played a significant role through the four episodes he was in for that season. Brown went on to appear in other series such as Medium, The Good Wife, and Nikita in single episode roles before moving into regular or recurring roles in Person of Interest and Army Wives. 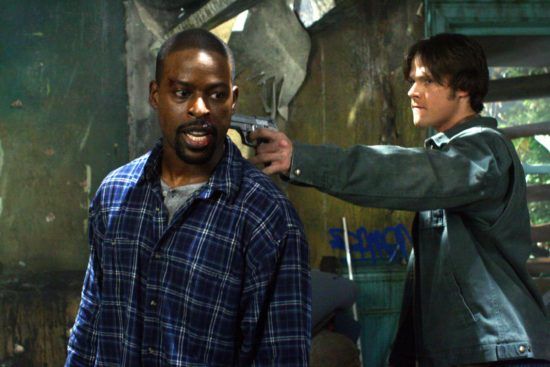 Before Stephen Amell was known as Oliver Queen in Green Arrow, it was actually beloved This Is Us star Justin Hartley who brought the superhero back to the small screen in the popular series Smallville. With so many focusing on his soap opera days, many forget about his significant role in Smallville from season six until the show’s finale in season 10. After Smallville, Hartley went on to regular roles in Emily Owens M.D., Revenge, Mistresses and of course, The Young and the Restless, before he landed the role of Kevin Pearson on This Is Us. 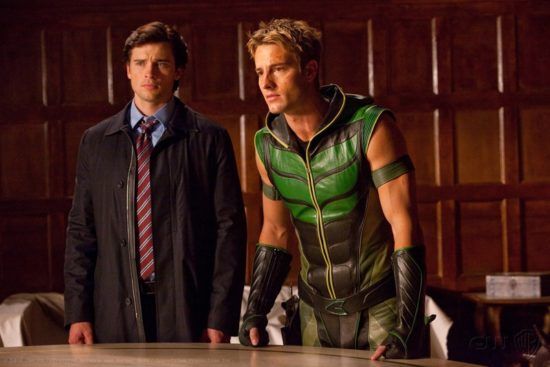 If This Is Us fans missed Chris Sullivan in Stranger Things than they definitely missed his role in the superhero blockbuster Guardians of the Galaxy Vol. 2. Sullivan stunned his fans on Instagram when he posted a video on May 22 showing the process he underwent to become the villain Taserface for the film because nobody knew it was him. A day later, Sullivan took to his Instagram to share, “According to yesterday’s #Taserface Transformation Video. NOBODY knew I played Taserface, so here are few more #BTS shots from #GotGVol2 These are the rejected makeup tests #TooPurple #DanzinginSpance.”

Back when Mandy Moore was a teen pop star, she also began her acting career and at only 17 she found herself in one of the most iconic teen movies of the 2000s. Since her role as Jamie Sullivan in A Walk to Remember is considered her breakout role, many forget that Moore played mean girl Lana Thomas in the beloved 2001 film The Princess Diaries. A year later Moore would take on her iconic role in A Walk to Remember and went on to star in several more teen films including Try Seventeen, How to Deal, Saved! and Chasing Liberty. 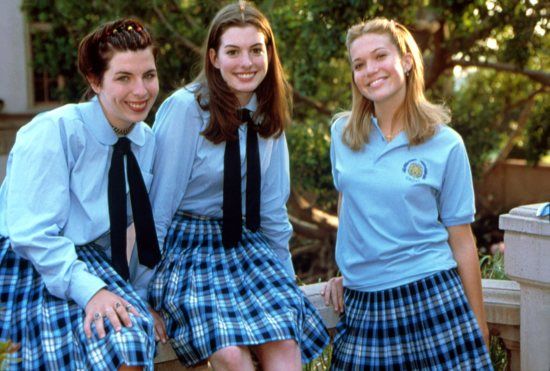 1. Milo Ventimiglia – She’s All That

Anyone who grew up in the late ’90s and early 2000s holds a special place in their heart for 1999’s She’s All That. Everyone knows that Freddie Prinze Jr., Rachel Leigh Cook, and of course the late, great Paul Walker starred in the classic high school film, but many don’t know is that Milo Ventimiglia was there as well. Back in 1999 Ventimiglia was only 21 and had only a few small roles to his name, making She’s All That his very first movie even though he only had a small part in it. In the blink and you will miss it role, Ventimiglia played one of the junior varsity soccer players that Freddie Prinze Jr.’s Zack Siler hires to clean Laney’s house so that he can take her to the beach. 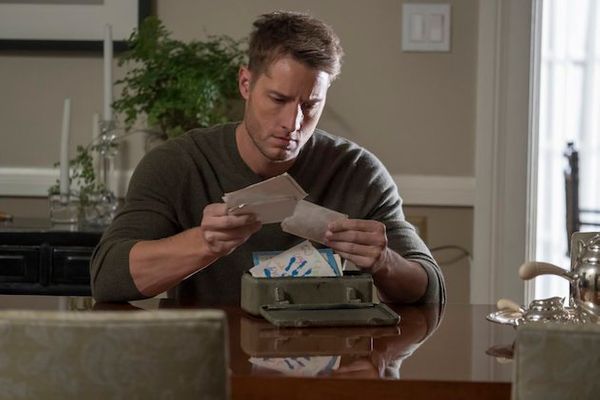