Sandra Bullock hasn’t been really lucky when it comes to love. She was married to Jesse James for several years and we all know how that ended. Since then, she hasn’t really dated – until now. Word on the street is that Sandy has a hunky new man in her life – Bryan Randall – and he looks like he might be the real deal. Everyone’s dying to know more about Bryan, so we’ve rounded up seven things that everyone needs to know.

The 51-year-old photographer has a college-aged daughter. He also really likes kids, which is good news for Sandra who has a five-year-old adopted son, Louis.

According to his ex girlfriend’s mom, Sandra’s new boyfriend has no idea how hot he is. “He doesn’t even think he’s good-looking,” Mia St. John told Us Weekly. He dated her daughter, 23-year-old Paris St. John, for three years, but broke up with her around the time that he met Sandra.

5. He Has His Own Photography Company

Bryan Randall is a professional photographer who runs his own company, Bryan Randall Photography. He is also partnered with The Actor’s Company. He takes head shots for rising and aspiring stars.

4. He Was a Successful Model

Before he became a photographer, Sandra’s new boyfriend was a high fashion model. Throughout the ‘90s, he posed for Saint Laurent. In 2011, he posed alongside former supermodel Cindy Crawford for a spread in Harper’s Bazaar Singapore.

Sandra’s photographer boyfriend is from Portland, Oregon. He comes from a really tight knit family and, according to Mia St. John, good looks run in his family. “His parents – oh my God, if you think Bryan is good-looking! His parents are in their seventies and they are smoking hot,” she said. They’re also “just as humble and sweet as Bryan. They are so loving together. They love and accept everyone, they don’t judge anyone.” Sounds like he comes from the perfect family!

According to sources at Craig’s, a restaurant in West Hollywood, Bryan Randall and Sandra came in for a meal together and he seemed really into her. “He had his arm around her the entire meal,” a diner told People. “He was rubbing her arm, kissing her shoulder and at one point they cuddled up closer to look at something on her phone.” 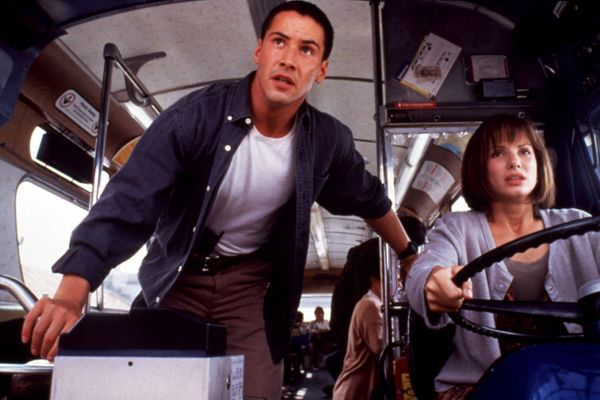