After hit shows like Jon & Kate Plus 8, Little People: Big World, and 19 Kids and Counting took off, television networks quickly realized that unconventional families were a goldmine for entertainment. With Sister Wives, the story of the Brown family took us from general curiosityto scandal really quickly. The Brown family is made up of 5 adults and too many children to count. This includes husband Kody, first wife Meri, second wife Janelle, third wife Christine, and fourth wife, Robyn. The family is still in tact, but they have survived many scandals. If those scandals didn’t happen while they were in the spotlight, they happened beforehand and have been dug up when fame came along. Has the Brown family successfully done what they sought out to do, in gaining mass acceptance for polygamist families, or will the whole thing come crashing down with every new scandal that comes to light? Either way, we are watching.

10. Kody Marries His Sister In Law

One of the strangest things to come to light is the fact that second wife, Janelle, was actually Kody’s sister in law. Kind of. It’s quite confusing and complicated, but after Meri and Kody were married for a couple years, Meri introduced him to her brother’s wife, Janelle. They say the meeting of each other is unrelated to Janelle’s divorce, but soon after that meeting and a “connection” they talk about in their tell-all book, Kody and Janelle were an item.

During the taping of an episode about Kody’s wedding to Robyn, he let slip that he had chosen Robyn’s wedding dress. Christine was floored. Devastated. She stormed off the set. While the TV show had her returning immediately – she in fact did not return for 3 days. Christine later revealed that her jealousy had gotten the best of her and that her anger was directed at Kody, not Robyn. In her words, “During all of it, it was him I had a hard time with, it wasn’t you,” Christine told Robyn. “It was Kody. I just felt left.”

Woah, hold up. People kiss their spouses BEFORE marriage? Outrageous! Well, in this family, Kody had previously sealed marriages with a kiss. With Robyn he sealed their engagement with one. A month later wife number 3, Christine, found out about the kiss and was devastated and furious. Robyn in turn was heartbroken for hurting Christine. Ladies, ladies, ladies, you’re marrying a dude with 3 other wives and you’re seriously freaking out over a kiss? THIS is scandalous? For them there’s a moral standard that needs to be maintained. Christine never kissed Kody until she was married because she apparently felt wrong doing so because he was a “married man.” Biting your tongue? Yeah, we all are.

While the Brown family is working towards wide acceptance from society, it’s also working towards some acceptance from the lawmakers. Kody caught wind of investigations happening over his unlawful lifestyle of being polygamist, potentially also a bigamist (polygamy is living with multiple people, bigamy is marrying multiple people. Brown is only legally married to one of his wives, making him just a polygamist). Upon learning of the police investigations into their family, they packed up and moved in just 3 days. They crossed over state lines and moved to Las Vegas, Nevada where they could live freely and openly in their chosen lifestyle. In 2014, the courts ruled in their favor, making polygamy legal while bigamy remains illegal.

The Brown family doesn’t talk about which form of Mormonism they are active in, but it’s believed that they are Fundamentalist Mormons of the Jesus Christ Church of Latter Day Saints (FLDS). The fundamentalist church is a branch off of Latter Day Saints (LDS) Mormonism which believes in polygamy as a practice, and the mainstream LDS has made it clear, they want to keep far away from that association. When Maddie Brown (daughter of Janelle and Kody) wanted to be baptized by the mainstream LDS church, they softly let her down. On the show she explained, “I got a phone call and they’re not letting me get baptized. They called me and said it was too contradictory and they hope I reconsider [joining the church] when we’re not such a public family.” She later took to twitter, tweeting, “The LDS church rejecting me for my parents choices was one of the most devastating things I have been through.”

Since Robyn joined the family as Kody’s fourth (and youngest, thinnest and prettiest) new wife, there was a ripple of jealousy in the family because it seemed as though Robyn was Kody’s favorite. However, Robyn was previously married and had three children. Kody adopted those children, but they were not included in his benefits as he was not technically their father, and not technically Robyn’s husband either. Seeing Kody was only legally married to his first wife, Meri, and the rest were spiritual weddings (thus keeping him out of trouble with the laws on bigamy), he had to divorce Meri. Quietly, Kody did just that. He then legally married Robyn, while Meri became his spiritual wife along with the other two. The move was one done as a decision for the better good of the entire family, but with already jealous sister wives and now a divorce and marriage to what appears to be his “favorite” wife, you better believe it’s as scandalous as it sounds.

We don’t know what Meri’s occupation was before because when the show began – she got fired. The family had lived privately as a polygamist family for so long, it was well hidden amongst some outsiders, like her workplace. Meri retold events on the show that once she knew the family would become public, she went to her supervisor to explain. The supervisor was shocked, but supportive. Two months later, management stepped in and fired Meri.

In 2014, the Browns won the battle with the law, allowing polygamists to live out their lifestyle freely under the religious rights and freedoms act. Even though they were now living in Nevada, where polygamy was legal, most of them had hoped to return to Utah. Not so fast there, Browns. In early 2016 the court overturned the decision, which was a massive step back for the family and polygamists in general. Now completely in the public eye, the Browns cannot return to Utah and remain under investigation and possible threat of arrest if they do. The Browns have said they will go to the Supreme Court if they need to.

2. Meri Has An Affair

First wife Meri had the most debilitating year in 2015. After struggling to conceive a second child, Robyn offered to surrogate for her, but Kody rejected the idea, claiming his family with Meri was complete, which left her emotionally fragile. That fragile emotional state lead her into a dark path – an affair. What seemed like innocent texts and emails and phone calls turned into a deep emotional affair with a man named Sam. But Sam wasn’t who he seemed to be. Sam turned out to be a woman. A woman who purposely manipulated Meri and her fragile emotional state, so much so that she’s created a tell-all book to expose the family for everything Meri told her in confidence.

An even deeper layer, and bigger scandal to the affair itself? Was that fourth wife Robyn apparently knew Meri was being catfished. She knew and she said nothing to protect her sister wife. Friends of Robyn’s admitted that Robyn knew and decided to just sit back and let it unfold. Shocking move on Robyn’s part, because her and Meri were so close. Meri even was the one to introduce her to Kody! Back. Stabbing. Sister. Wife. 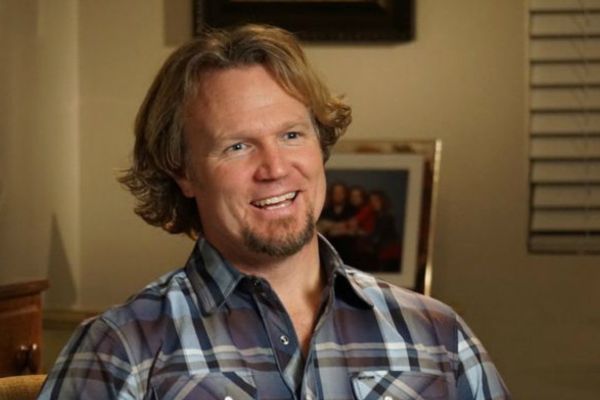