All soap opera fans have their favorite show and characters, and while audiences love to see their heroes and heroines locked in drama, action, adventure, and romance, there are other characters that they are sick of and find annoying. As such, below are 14 soap opera characters fans want off their show!

14. Michael Baldwin – Young and the Restless

Everyone’s favorite lawyer in Genoa City hasn’t been given a decent storyline on the Young and the Restless (Y&R) for ages now. Maybe it’s time for Michael to take a trip out of town for a bit of a breather?

13. Thomas Forrester – Bold and The Beautiful

Thomas Forrester has not been back long on The Bold and the Beautiful, but fans are already tired of his scheming when it comes to Hope. He has already broken her and Liam up and the way he has been using his son Douglas to help him woo Hope has left a bad taste in fans’ mouths.

Kayla is certainly a fan favorite in the land of Salem; however, without her side-kick and better half in Steve, she seems very out of place in the little town. Most Days of Our Lives (DOOL) fans would agree: either bring Patch back to allow this super couple to rekindle their amazing and timeless romance, or send Brady packing!

Many fans were excited to hear that actress Tamara Braun (former Carly number two, now Dr. Kim Nero) was returning to General Hospital (GH), and she was in a pretty explosive storyline when she entered the land of Port Charles. Having said that, now that her son Oscar passed away, what is there left for her to do? Perhaps leave town…

10. Tessa Porter – Young and the Restless

While it’s pretty cool (and progressive) to see a lesbian couple in Genoa City, Tessa has given Mariah a ton of grief over their relationship. Not many would be disappointed to see Porter leave town or written off canvas at this point. It’s time for Mariah to move on to another love interest. She deserves better.

How annoying has Kristina been as of the late? The character has always acted as a bit of a brat, with younger sister Molly being the voice of reason most times. Having said that, while her Dawn of Day storyline is intriguing, Kristina’s role as the vulnerable younger sister Sam needs to “save” is eye rolling. Kristina is an adult and has been for many years now. Time for her to grow up.

8. Gabi Hernandez – Days of Our Lives

It seems that even though Gabi was outed for her scheming against Chabby, she’s not learned her lesson at all. While most Days fans were happy to see Chad and Abigail reunite, bringing their young family back together, many wished it was Gabi leaving Salem and not the four of them.

7. Sharon Collins – Young and the Restless

There are two types of Y&R fans out there: those who love Sharon, and those who can’t stand her. As such, there would be nothing more pleasing for the Sharon haters than to see her gone from the Y&R. Otherwise, audiences may be privy to another Shick reunion, and even some Sharon fans don’t want to see that happen.

Franco continues to be a pivotal GH character, who always (somehow) gets wrapped into major storylines whether he started in them or not. Many GH audiences feel that writers push this otherwise boring character on the fans.

5. Rafe Hernandez – Days of Our Lives

Even though Rafe and Hope’s relationship is now over, it really wore on some fans’ nerves. They lacked chemistry and it felt like their relationship was pushed on people. Maybe Rafe needs to leave town a little more often?

4. Phyllis Summers – Young and the Restless

Phyllis is one of those characters that continually flops between villainess and decent human being. Her recent actions of throwing the other ladies under the bus as it relates to J.T.’s murder left many fans disgusted. She’s always been loyal only to herself, but she crossed a big line, and perhaps it’s time that Phyllis head out of Genoa City for a bit.

Just when GH fans think that Ava has redeemed herself, she turns around and plots another scheme or steals someone’s husband. Seems like karma bit her in the butt when it came to her relationship with “Kevin;” however, many fans would like to see a storyline where she’s jailed up and gone from Port Charles like her “friend” Nelle.

2. Melinda Trask – Days of Our Lives

Haley’s older and treacherous sister is just plain awful to watch on daytime screens. As she vied to become Salem’s next mayor, many DOOL fans wished she would just go away. Now that the mayoral election is done, what more can she do in the little town?

1. Claire Brady – Days of Our Lives

The good news for fans that are sick of Claire, her schemes, and her craziness is that it seems the character just might be leaving Salem. Actress Oliva Rose Keegan is said to be exiting the show in some months, so all audiences need to do at this point is hold on for a little bit, and annoying Claire will be gone. Unless the show is thinking about a recast for this character … 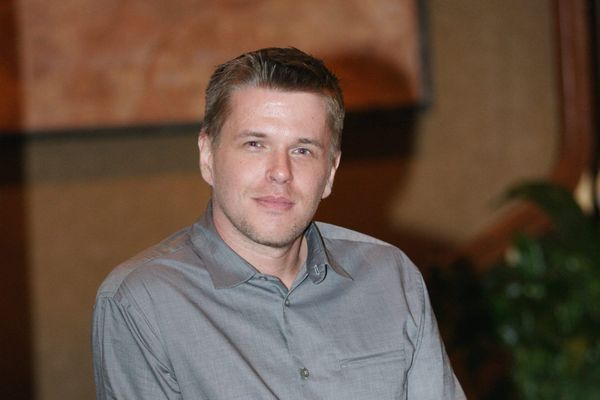