Every soap opera fan has their favorite super couple. We watch them fall in love, go through their ups and downs, make up and break up, and then get back together to do it all over again! Yes, there are couples soap viewers love, and then there are couples that audiences can’t stand to see together. Below are 12 soap opera couples that fans completely despise together.

They are officially a thing of the past now that Theo is out of town; however, most Days of Our Lives fans simply could not stand these two together. Theo was alright, but Claire’s manipulation in their relationship was something that many found annoying. Does anyone else wish Claire would leave Salem and Theo could come back?

The secret behind J.T.’s disappearance still has not been revealed on the Young and the Restless, and it is only a matter of time before the truth comes out around his death. Having said that, at least Victoria finally rid herself of his antics. J.T. had become emotionally and verbally abuse, with physical abuse close on the horizon. Many fans were simply disgusted by J.T.’s behavior and glad that he can no longer hurt anyone at this point.

Julexis was once one of the most popular super couples within daytime drama. Sadly, Julian turning back to the mob and his old ways simply ruined their relationship and their popularity amongst General Hospital audiences. The fact that Alexis could not get over her ex and move on was another sore spot for a long time. Here’s hoping they both can find their ‘happily ever after’ with other partners.

9. Nicole and Deimos – Days of Our Lives

It’s still unclear as to why Nicole fell so hard for the despicable Deimos — he was clearly the wrong fit for her from the get-go. While Nicole had a bit of a shady past, she had cleaned up her act and all Deimos did was drag her down. Both are no longer in the land of Salem, with Deimos passing on and Nicole leaving because of blackmail, so thankfully there are zero chances for a reunion between these two.

They recently shared a one-night stand together when both believed their relationships were on the rocks. Nick ended up heading back to Sharon, while Phyllis is still not too impressed by Billy. Regardless, most Young and the Restless fans despise these two together; they were a great couple once, but overall, their relationship tends to be very toxic.

Eve and Brady have had a roller coaster of a relationship, and despite Theresa rolling back into Salem, they do seem tighter than ever. There are some Days’ fans out there that enjoy seeing Brady with Eve; however, many would like to see him reunite with Theresa. Then there are those that wish Melanie Jonas would come back to town … now those two made an amazing super couple!

Elizabeth and Franco are currently trying to walk down that aisle and make their relationship official, but there are fans out there that wish they would call it quits. The two lack chemistry and at times it feels as if General Hospital writers push the Franco character on fans. Perhaps Liz could move on with Griffin and maybe Franco could just go back to New York and work on his art?

5. Jennifer and Eric – Days of Our Lives

On paper, these two seem like they would make an incredible Days’ super couple. Sadly, Jeneric, as some Internet fans affectionately call them, just lack a little chemistry. Jenn will always battle fans wishing she could reunite with Jack (even though he is dead and gone), and Eric is better matched up with Nicole Walker.

4. Phyllis and Billy – Young and the Restless

These two are on the rocks and there are a lot of fans who are ecstatic. Billy and Phyllis have a ton of chemistry between the sheets, but really have nothing else going for them. After ruining a marriage between Phyllis and Jack when these two shacked up in the same condo, many Young and the Restless viewers felt that Billy really belonged with Victoria. Plus, Philly was annoying to watch on screen together.

Thanks to a one-night stand with Sami Brady earlier this year, the wedding between Hope and Rafe was canceled, and there weren’t many Days’ fans that were upset about this. In fact, the majority were relieved about the entire breakup. While they seem to have warmed up to each other again, Sami is set to roll back into town soon, and if she comes back with a baby like many believe she will, all bets between Hope and Rafe will be off.

2. Sharon and Nick – Young and the Restless

This one is hard to add to the list since Shick does have a ton of fans out there that want to see them together. Having said that, they also have a large segment of fans who find them annoying and despise them together; the Shick haters are real, in full effect, and fierce! These two continue to make up and break up, reunite, and do the entire thing all over again (again and again). There are plenty of Young and the Restless viewers that are sick of them constantly trying to mend something that was clearly broken years ago.

Not only do fans hate Nelle and Michael together, they despise Nelle in general and are so over her manipulative ways. General Hospital viewers are also tired of the same scheming plots against the Corinthos clan that Nelle comes up with and how she always seems to get away with everything. Seems like Nelle’s time in Port Charles could slowly be winding down to an end; Michael and Chase are on to her, plus the actress who plays Nelle, Chloe Lanier, is set to leave the show shortly. Many fans may get what they’ve been wishing for — a Nelle exit, once and for all. 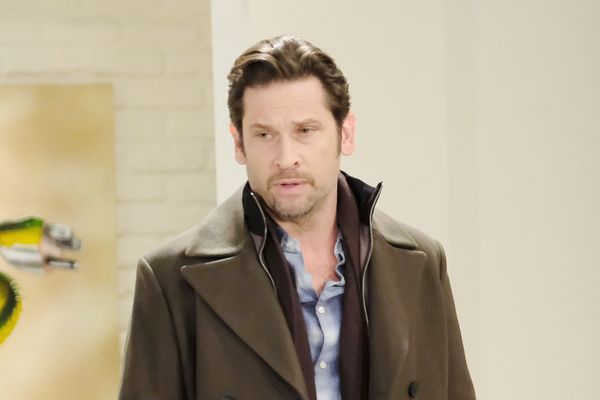