On the cusp of 2022, it’s natural to reflect on the year that’s passed. While 2021 has had its ups and downs in the “real world”, the land of daytime drama has been on fire. Soap opera veterans have offered some stellar performances; however, many newcomers have also provided incredible scenes and played major parts in storylines. As such, today Fame 10 acknowledges the best-of-the-best “breakout” soap stars for 2021.

Starting the list off with a bang! Who knew a teen drama queen could cause so much chaos in the land of Port Charles? Esme’s a terrible young lady with an agenda that GH fans still aren’t clear about; however, the actress that plays her is a delight to see in daytime drama. Pohl’s flawless portrayal of the scheming, vindictive and smart Ms. Prince has been a joy to watch. The world of soaps would be boring without those troublemakers, and most viewers can’t wait to learn more about Esme’s connection to Ryan Chamberlain and “why” she wants to ruin Ava Jerome. Perhaps audiences will find out more, come 2022.

Johnny DiMera returned to Salem this summer and dove right into storylines. In fact, he’s been the center of attention since he decided to make a movie about his mom (scratch that, his grandmother) in the fall. Is Mr. DiMera a “good guy” or “bad guy”? His intentions seem right, yet he does walk that fine line at times. It’ll be interesting to see if his movie ends up hitting theatre screens next year, and how his relationship with Chanel progresses.

It’s never easy for an actress to step into a role that’s already been well-established by another person; however, Reylynn Caster seemed to do this with ease. It’s no secret that fans watched the former Faith Newman, played by Alyvia Alyn Lind, grow up on the screen. She was an important part of the show and quite popular. However, viewers have fallen in love with Reylynn and her portrayal of Faith. Caster entered the role amid a very emotional storyline and has done an incredible job. Plus, there’s been nothing cuter in the land of daytime drama this year than watching Faith and Moses fall in love.

Nicholas Chavez had the very same challenge as Caster did, when he was recast in the role of Spencer Cassadine this year, and arrived on the scene in the summer. Chavez has uniquely made this character his own over the months, yet still adds some Spencer-ish qualities that fans grew to love when actor Nicolas Bechtel was in the role. Is anyone else hoping he dumps Esme for Trina?

Chanel entered the land of Salem in March 2021, and while actress Precious Way did a good job in the role, recast Raven Bowens has knocked it out of the park. Bowens offers sass, smarts, passion and conviction to the role. She also has a way of bringing out the character’s “inner Paulina”. What will Chanel be up to in 2022? Here’s hoping she continues to navigate to the center of Days storylines!

Imani joined Y&R storylines on Christmas Eve 2020 and burst onto the Genoa City scene in 2021. While she clashed with her sister Amanda Sinclair for most of the year, the ladies have since bonded. While Imani has no romantic connection to anyone in the little town just yet, could that change in 2022? Here’s hoping… (Looking at you, Noah Newman!)

While Gladys has technically been around GH since 2019, she hit center stage in 2021. In the past, she played more of a ‘background’ role but has finally come into her own over the past several months. Some fans don’t necessarily “like” Ms. Corbin, but Bonnie has breathed new life into this character. Sure, Gladys is not the most honest person — she can also be inappropriate and annoying. Yet she also brings humor and plot twists into any scene she enters. Plus, she’s giving many regular contract players in Port Charles a run for their money.

Ms. Harry is very well-known for her work on the comedy series 227 and Sister, Sister in the ‘80s and ‘90s (plus a wide array of work in Hollywood over the years), so it was exciting for Days fans to learn she’d be entering the land of Salem in 2021. Simply put, she’s taken the show by storm. Involved in many major storylines, Price’s outspokenness, coupled with her strong will and passion, has had audiences fall in love with her almost instantly. Sure, Paulina’s had her fair share of “secrets” (and schemes), but viewers can see the hardship she’s endured over the years. Interestingly, DOOL isn’t the first soap stint Harry has had. She was Lily Mason in Another World from 1983 to 1986.

Every time Moses enters the room within the Y&R canvas, fans can’t help but think about how proud his dad, Neil Winters, would be of him. He’s a good kid that shows kindness, compassion and integrity everywhere he goes. Jacob has been an incredible addition to the cast, and portrays this passionate and sweet teen perfectly.

When Nurse Phyllis first entered GH storylines in late 2020, there’s no way fans could foresee where her character was headed. She exploded onto the scene in 2021 when Sonny… er, “Mike” entered Nixon Falls, and from the looks of it, is headed for permanent residency in Port Charles. Actress Joyce Guy has evolved this character over the past few months, and it’ll be interesting to see where Ms. Caulfield fits into storylines once Nina and Sonny’s secret is exposed.

DOOL fans have been desperate for EJ to officially return to storylines after he resurfaced in 2018. While most knew that actor James Scott would not reprise the role, viewers were curious to know how Dan Feuerriegel would fair once the news hit that he was chosen to play the part. For audiences that love their bad guys, Feuerriegel does an incredible job nailing the true essence of EJ DiMera. Having Dan settle in the role after waiting for EJ to come back to Salem was certainly worth the wait.

Burgi is no stranger to daytime television, with roles on Another World, Days of Our Lives, General Hospital as well as prime time shows. Still, this is his first stint on Y&R, and he’s been captivating to watch. Fans may dread the Locke-Ness Monster at one moment and hate him the next, but watching him woo Victoria Newman has also made hearts melt everywhere. How long does Ashland have in Genoa City? This remains a mystery, but he has certainly created a major impact in storylines and the show during 2021. 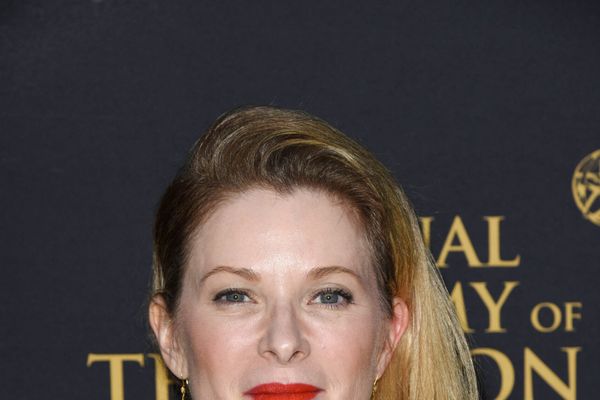