In January of 2020 Prince Harry and Meghan Markle made the unprecedented decision to step down as senior working members of The Royal Family, and just over one year later the pair opened up like never before about the events leading up to their decision. In a sit-down interview with Oprah Winfrey the couple revealed some surprising, tragic and truly unbelievable things they went through before finally deciding to step away from a toxic environment as working royals. Follow along for some of the most stunning revelations from the tell-all interview:

Well before the pair made the difficult decision to step away from The Royal Family, they were already known for bucking tradition and doing things their own way. While the pair did have a very large, very public royal wedding which has become custom, they revealed in their interview that they actually privately married three days before because they wanted something more private and intimate. “Three days before our wedding, we got married. No one knows that but we called the [Archbishop of Canterbury Justin Welby] and we just said, ‘Look, this thing, this spectacle is for the world, but we want our union between us,” said Meghan. “The vows that we have framed in our room are just the two of us in our backyard with the Archbishop of Canterbury. Just the three of us.” She added, “I think we were both really aware, even in advance of that, this, this wasn’t our day. This was the day that was planned for the world.” 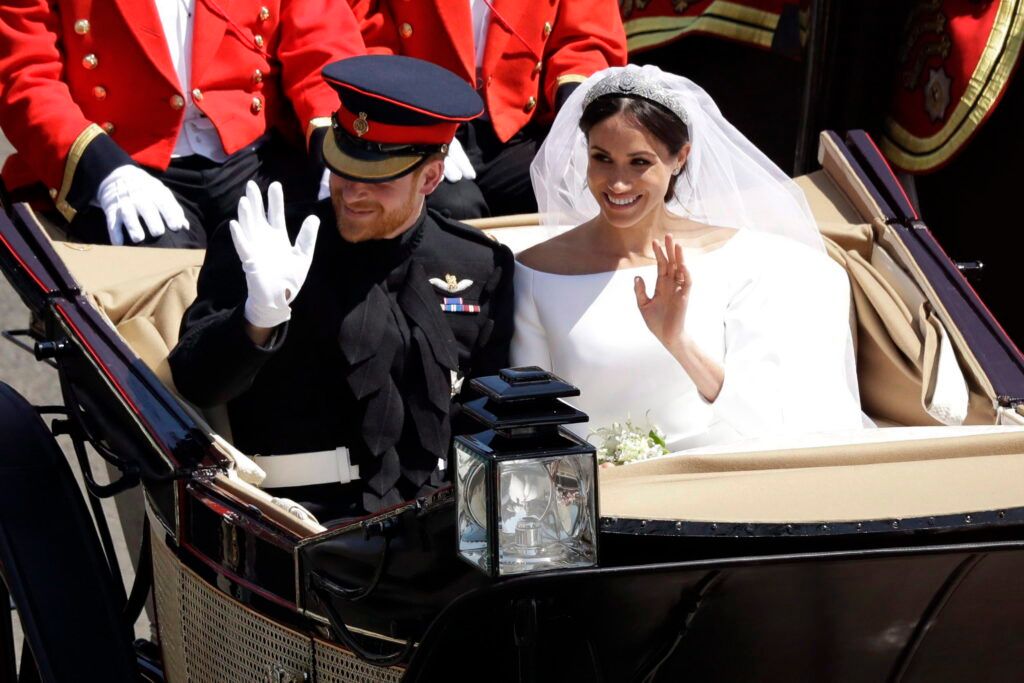 One of the most publicized and talked about “events” since Meghan and Harry went public with their relationship was a reported strained relationship between Meghan and Kate Middleton. In the interview Meghan commented specifically on the 2018 story where it was reported Meghan made Kate cry during Princess Charlotte’s dress fitting a few days before the wedding. “No. No. The reverse happened,” she explained. “And I don’t say that to be disparaging to anyone because it was a really hard week of the wedding and she was upset about something, but she owned it and she apologized and she brought me flowers and a note apologizing. And she did what I would do if I knew that I hurt someone, right, to just take accountability for it.” “What was shocking was, what was that, six, seven months after our wedding that the reverse of that would be out in the world,” said Meghan. “I would’ve never wanted that to come out about her ever, even though it had happened. I protected that from ever being out in the world.” In fact, Meghan saw the way the tabloids tried to drum up the Kate vs. Meghan narrative as a turning point which began a “real character assassination” on her. “They would go on the record and negate the most ridiculous story for anyone, right? I’m talking about things that are super artificial and inconsequential,” she said of the royal communications’ team. “But the narrative about, you know, making Kate cry, I think was the beginning of a real character assassination. They knew it wasn’t true, and I thought, “Well, if they’re not going to kill things like that, then what are we going to do?'” 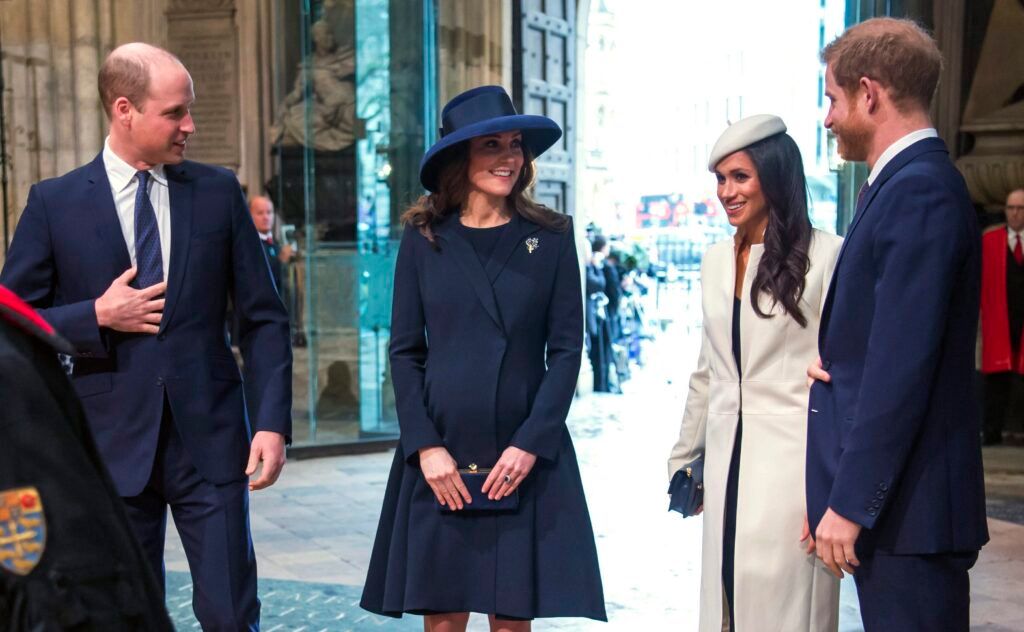 There Were Talks About Archie’s Skin Color

One of the most shocking parts of the interview came when the pair revealed conversations took place concerning how dark their son Archie’s skin color would be. They also revealed that while it was reported that they made the decision to not give Archie a title, it actually wasn’t their decision at all. The pair said they were given “no explanation” for the “change in protocol” about Archie not receiving a title. “There [were] conversations with Harry about how dark your baby is going to be and what that would mean or look like,” Meghan said. When Oprah asked, “They were concerned that if he were too brown that would be a problem?” Markle responded, “I wasn’t able to follow up. If that’s the assumption you’re making…that would be a safe one.” While neither would say who was having these conversations with them, Harry did say, “I’m never going to share [details of the conversation]. But at the time, it was awkward. I was a bit shocked.” 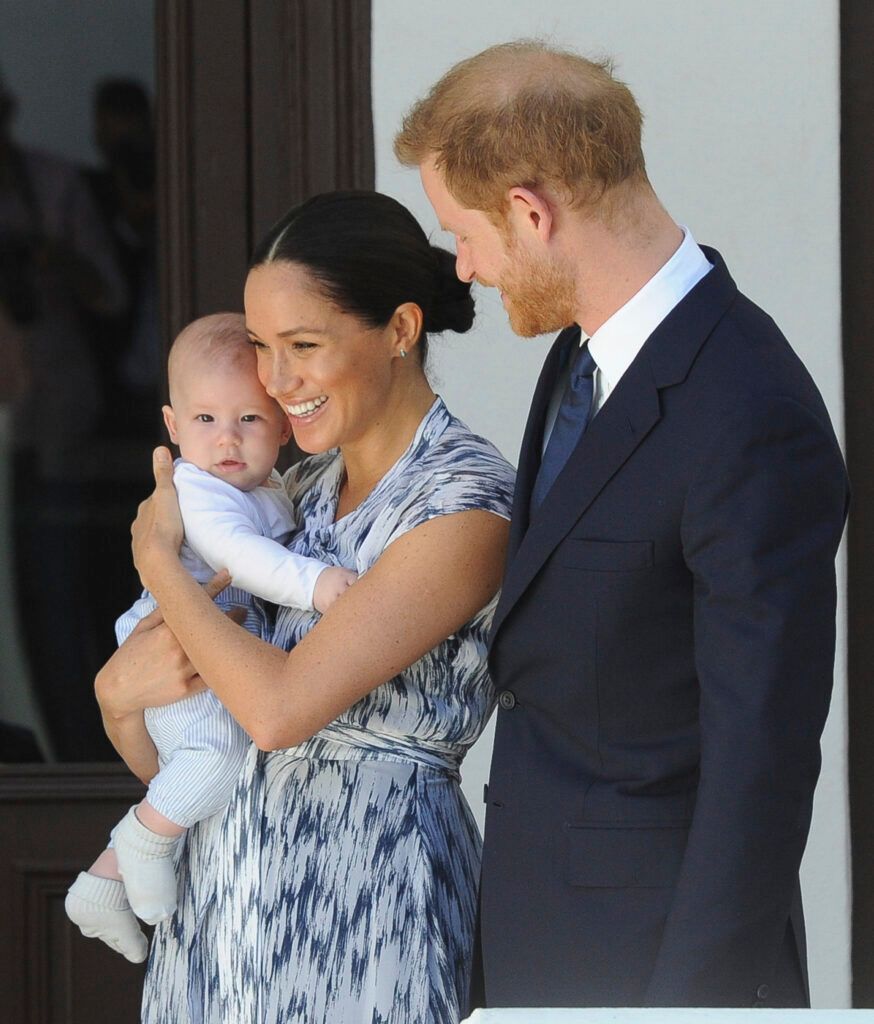 Meghan Had Thoughts About Self Harm

One of the most tragic and heart-wrenching revelations of the interview came when Meghan revealed she had thoughts of suicide after the constant negative press. “I just didn’t see a solution,” Meghan tearfully revealed. “I would sit up at night, and I was just like I don’t understand how all of this [press] is being churned out … and I realized it was all happening just because I was breathing.” She continued, “Look, I was really ashamed to say it at the time and ashamed to have to admit it to Harry, especially, because I know how much loss he’s suffered, but I knew that if I didn’t say it, that I would do it. I just didn’t want to be alive anymore, and that was a very clear and real and frightening constant thought.” Meghan recalled that Harry suggested she not go to a public event after she told him about her mental health struggles but she told him, “I can’t be left alone.” Meghan eventually sought help for her mental health struggles from one of “the most senior people” of the “institution” but was told nothing could be done because she wasn’t a paid employee. 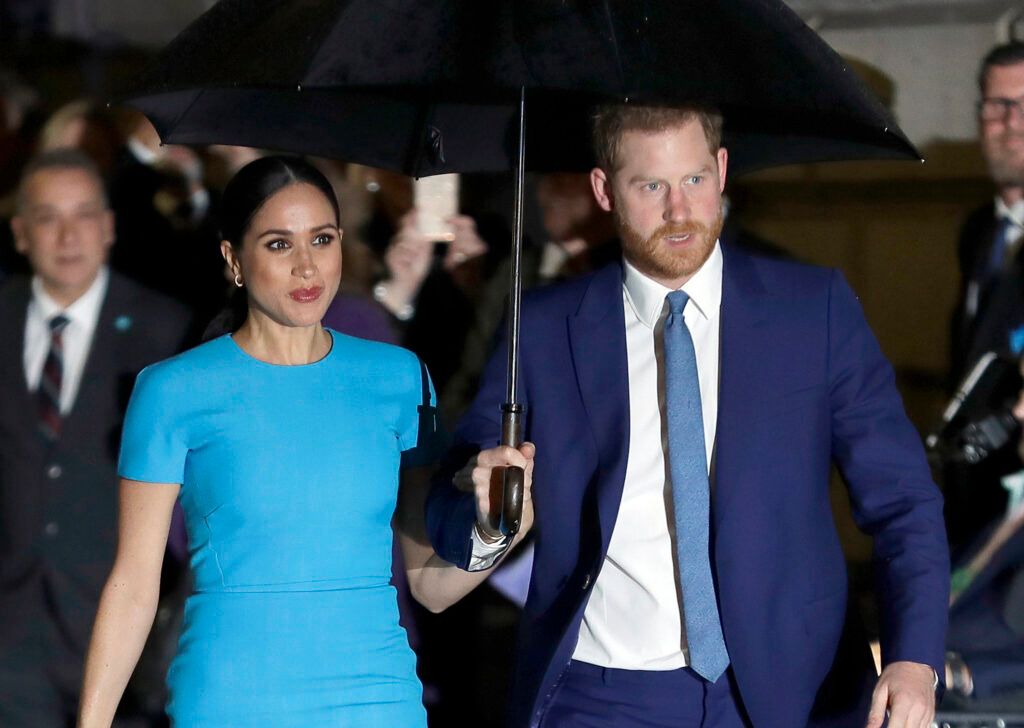 It’s not surprising or new information that Harry’s relationship with his family became strained as he and Meghan navigated their exit, but Harry did reveal at one point that his father, Prince Charles, stopped speaking to him. “When we were in Canada, I had three conversations with my grandmother and two conversations with my father, before he stopped taking my calls, and then said, ‘Can you put this all in writing, what your plan is?,'” Harry said. “He asked me to put it in writing, and I put all the specifics in there, even the fact that we were planning on putting the announcement out on the 7th of January.” As for where they stand now, Harry added he felt very “let down” by his father. “There’s a lot to work through there, you know?” he said of their relationship. “I feel really let down because he’s been through something similar. He knows what pain feels like, and Archie’s his grandson. But at the same time, you know, of course, I will always love him.” 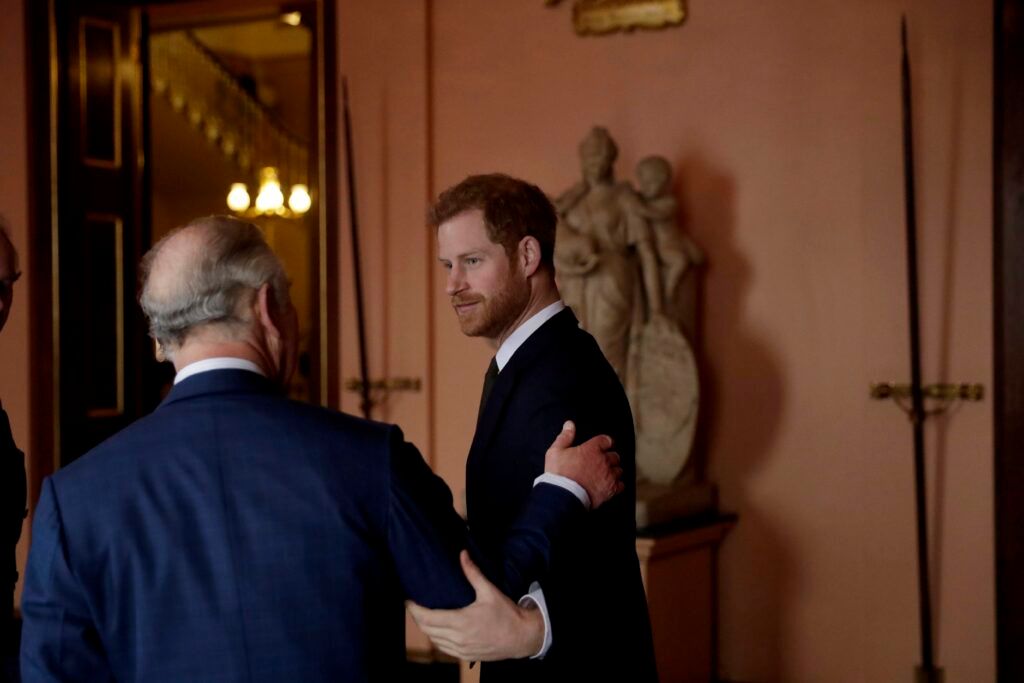 They Were Cut Off Financially

Prince Harry made the revelation that shortly after they announced their plans to step down as senior working royals, they were cut off financially and he had to rely on money left to him by his mother to get by. “But I’ve got what my mum left me,” Harry said of the money left for him in Diana’s estate. “And without that, we would not have been able to do this.” He also added that he thinks his mother left that money because “I think she saw it coming. I certainly felt her presence throughout this whole process.” He continued, “My biggest concern was history repeating itself,” and said, “You know, for me, I’m just really relieved and happy to be sitting here, talking to you with my wife by my side because I can’t begin to imagine what it must’ve been like for [my mother] going through this process by herself all those years ago.” 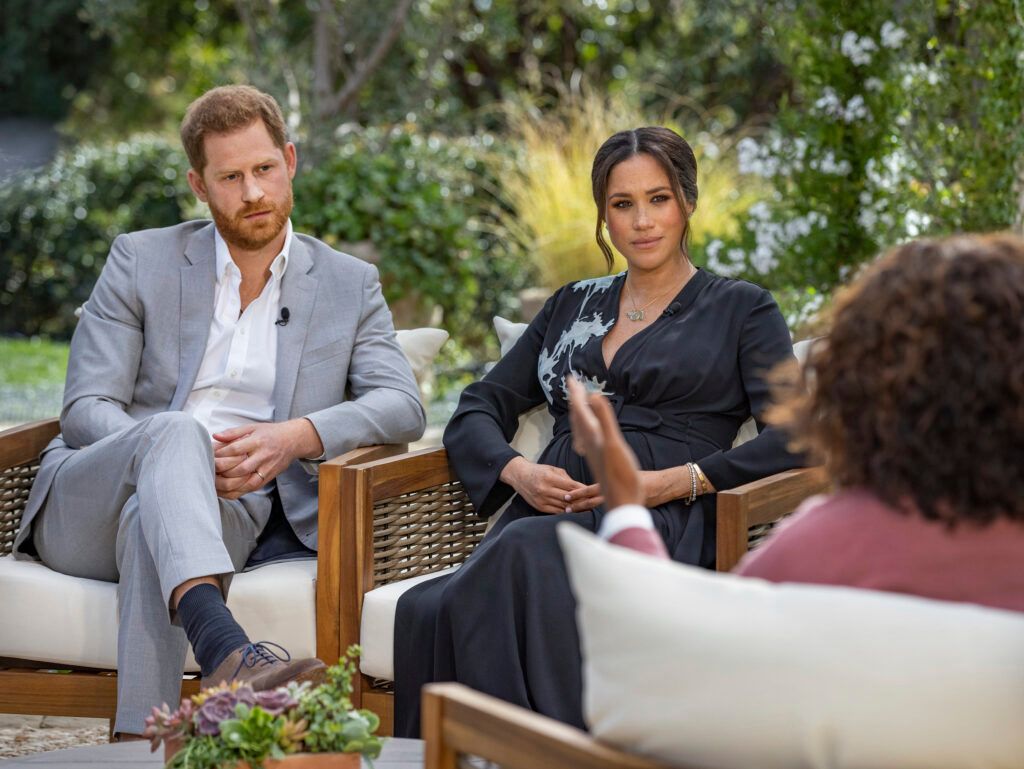 They Still Have a Close Relationship With The Queen

Although many speculated that Queen Elizabeth II is the one at the front of the toxic environment that led to Meghan and Harry leaving, both couldn’t stress enough that that isn’t the case and they both love and respect her dearly. “I’ve spoken more to my grandmother in the last year than I have done for many, many years,” said Harry, revealing he and Meghan and Archie have video calls with the queen. “My grandmother and I have a really good relationship and an understanding, and I have a deep respect for her. She’s my commander-in-chief, right? She always will be.” Meghan echoed Harry’s sentiments and said the Queen has always been supportive of her and her relationship with Harry. “The Queen, for example, has always been wonderful to me,” said Meghan, while describing the difference between the royal family and the royal institution. “I mean, we had one of our first joint engagements together. She asked me to join her. I just really loved being in her company,” said Meghan. “And I remember we were in the car … going between engagements and she has a blanket that sits across her knees for warmth, and it was chilly and she was like, ‘Meghan, come on,” and put it over my knees as well. It made me think of my grandmother, where she’s always been warm and inviting and really welcoming.” 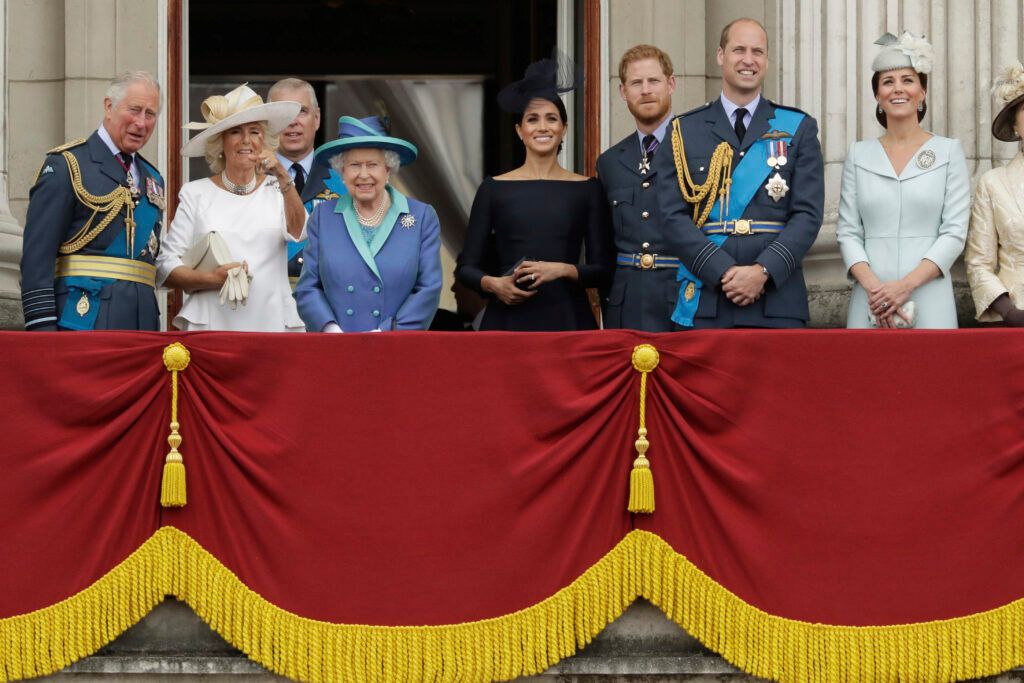 Oprah asked the pair if they had any regrets following their dramatic and public royal exit and the aftermath that has followed and while Harry said he didn’t, relaying, “No. I’m really proud of us. I’m so proud of my wife. She safely delivered Archie during a period of time which was so cruel and so mean. Every day I was coming back to my life in London and she was crying while breastfeeding Archie. We did what we had to do,” Meghan did say she had one regret. “I have one. My regret is believing them when they said I would be protected. And I regret believing that because I think had I really seen that that wasn’t happening, I would have been able to do more, but I think I wasn’t supposed to see it. I wasn’t supposed to know and now because we’re actually on the other side, we’ve actually not just survived but are thriving.” 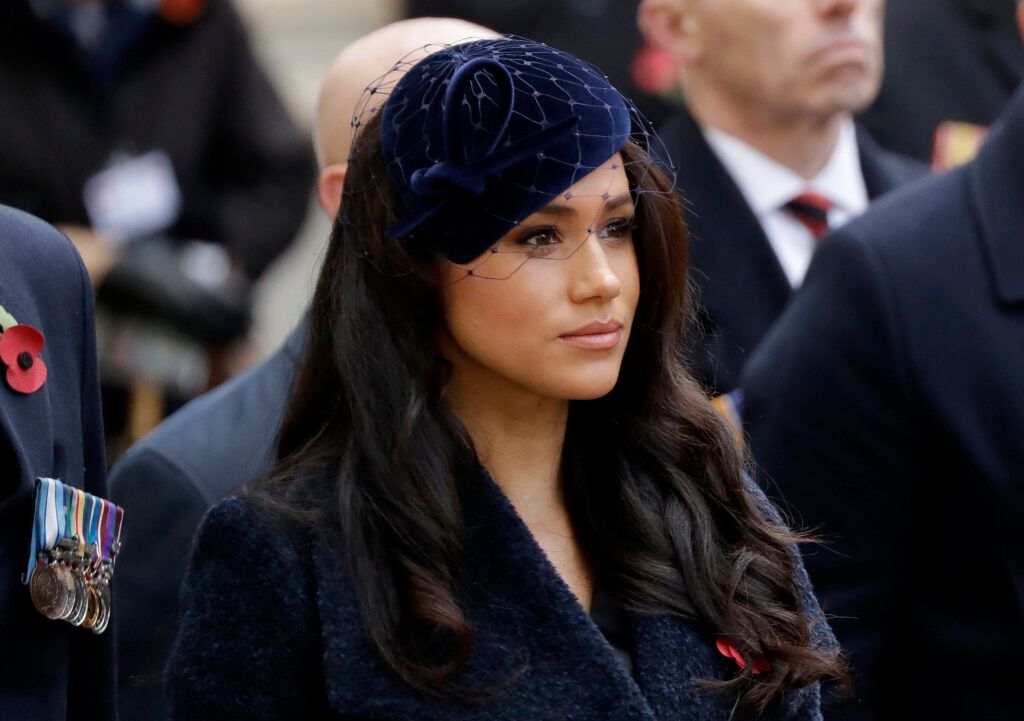 Along with the rumored feud between Meghan and Kate Middleton there has been a lot of talk about Prince Harry and Prince William’s growing strain in their relationship. While Harry didn’t talk extensively about his brother, he did acknowledge the strain that is there. “My father and my brother are trapped. They don’t get to leave […] As I said before, I love William to bits. We’ve been through hell together and we have a shared experience but we are on different paths,” he said. “The relationship is space at the moment and time heals all things, hopefully.” 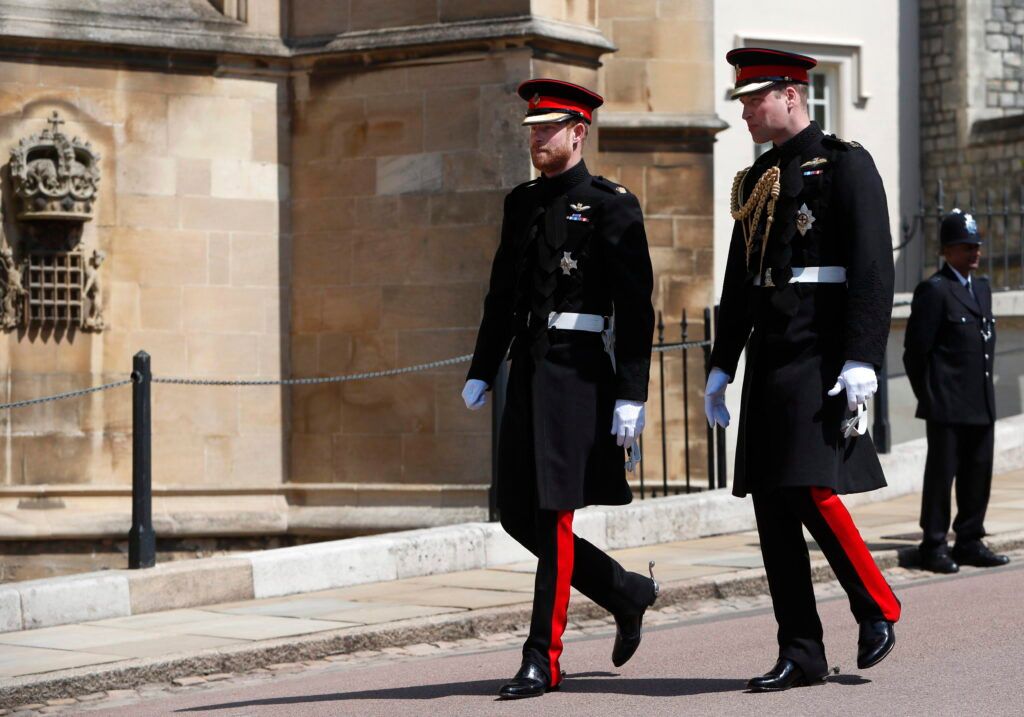 They’re Having a Girl

Among the many heart-wrenching and surprising revelations that Harry and Meghan shared, a very happy and tender moment came when they revealed that they are expecting a baby girl after previously announcing on Valentine’s Day they are expecting their second child! “It’s a girl,” Harry told Winfrey. “Amazing. Just grateful,” Harry said of his own reaction. “To have any child, any one or any two, would have been amazing, but to have a boy and then a girl, I mean, what more can you ask for?” He added, “Now we’ve got our family. We’ve got, you know, the four of us and our two dogs.” 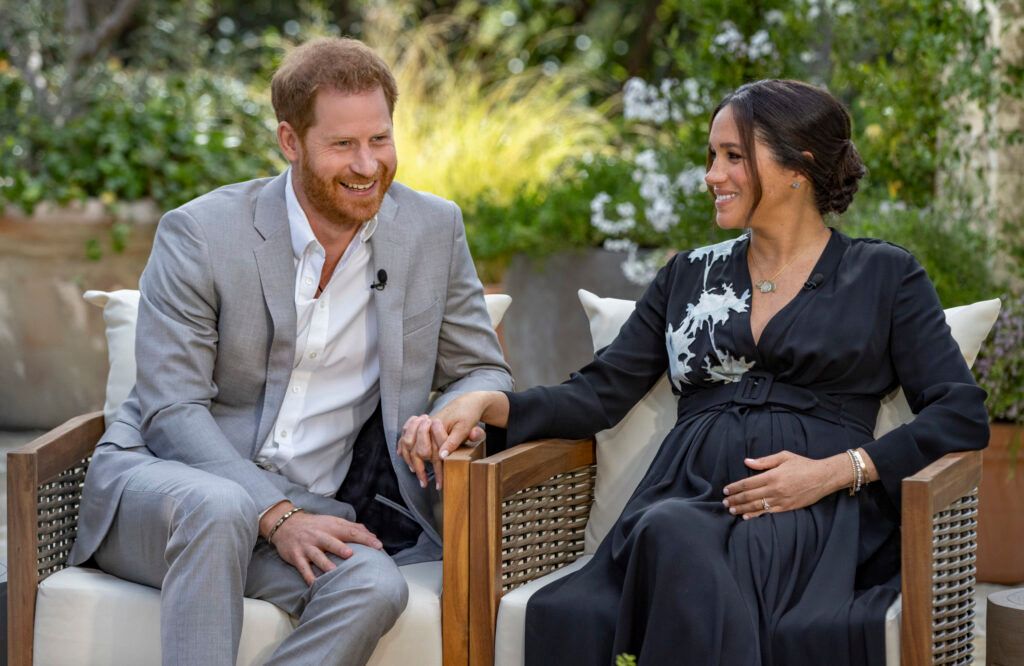 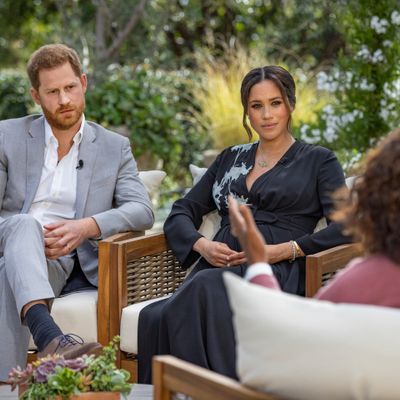