Over the course of more than 14 seasons, Supernatural has become one of TV’s most successful series, and interestingly enough it has not prescribed to the usual factors that make many other shows successful. The series has always been focused first and foremost on brothers Sam and Dean Winchester and their relationship, with romantic storylines only being bylines in plots most of the time. While romance might not be front and center like many other television series, it hasn’t been completely absent from Supernatural. Here are some of the show’s most popular couples ranked from worst to best:

When it comes to Sam Winchester’s “relationship” with extreme fan-girl Becky Rosen things are more than just problematic. The pair are only popular because of just how much fans hated Becky who was first introduced in season five’s “Sympathy for the Devil.” Becky wasn’t just a fan, she was completely obsessed with Sam and while he didn’t show any interest in her, things changed when she reappeared in season seven’s “Time for a Wedding!” In the episode she drugged Sam with a love potion making him believe he was in love with her which resulted in their marriage. The whole relationship made fans cringe, from her over-exaggerated portrayal of all the real Supernatural fans who love Sam to her drugging him in order to have a romantic relationship, making them the absolute worst couple if you can even call them a couple. 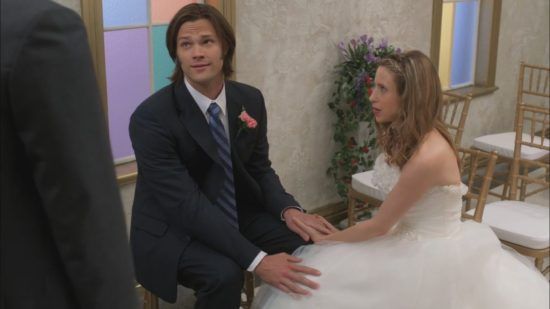 Supernatural fans know that Dean does a lot of flirting but there were some instances when things became a little more serious for the womanizer. One of Dean’s real relationships was with the fallen angel Anna Milton who first appeared in season four, and for once a lot of build up was put into the relationship before it became physical. Anna and Dean actually had quite a few fans rooting for them, but in the end not much came of their romance except for one night in the back of the Impala. 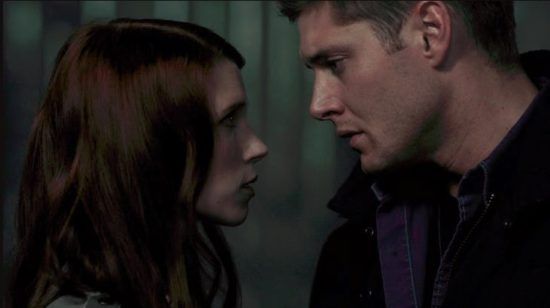 Looking back on season eight, more and more Supernatural fans don’t really even agree that the series needed the Sam and Amelia Richardson storyline even though it was one of Sam’s most serious relationships on the show. At this point, everyone knew that neither Sam or Dean would ever be able to have a normal relationship, yet writers kept pretending to make it happen. Although their romance was interesting and complex sometimes, fans officially had enough when it was revealed that Amelia’s husband Don, whom she thought died in Afghanistan, was actually alive. The soap opera twist was completely unnecessary and dragged out the doomed romance for much longer than it should have lasted in the first place. 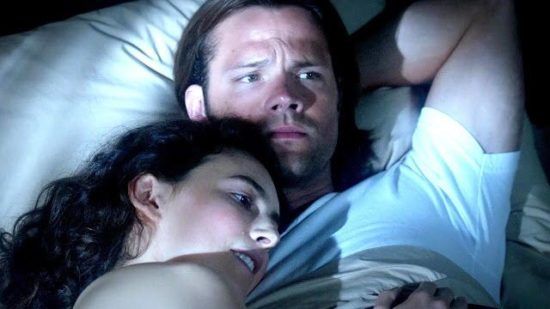 Leave it to Dean to have one of the strangest relationships on the show. Even though The Darkness/Amara was a primordial being, she still found herself attracted to Dean even though it didn’t make sense for her to have those human emotions, and it quickly became clear to fans her character was only being used for a dramatic romantic storyline. While not much actually came of her attraction to Dean except for a passionate kiss, what disturbed fans the most was that Amara went through a transformation on the show, starting as a baby before speeding through childhood, and teenage years and eventually becoming a woman who confronts Dean. The whole thing was weird and for the most part, the hint of the romance was completely unnecessary to the plot of season 10. 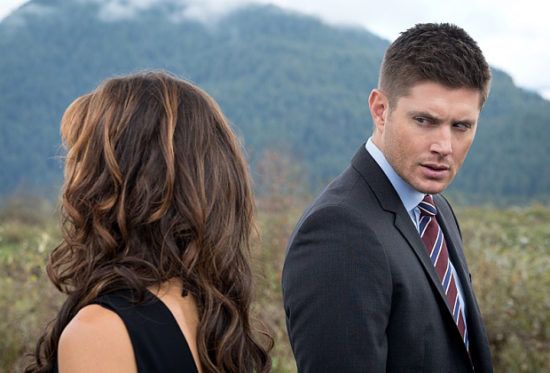 Castiel always has a lot to deal with, but even he got his own “normal life” storyline in season seven when he met Daphne Allen. The pair only ended up together after Castiel woke up naked in a forest without any memory of who he is or where he is from, and Daphne finds him and believes it is a sign from God. Before long, the pair fell in love and even got married but like any Supernatural romance, it could only last so long before reality came calling. In the end, Castiel broke Daphne’s heart when his memory came back and fans were fine with the storyline coming to an end. 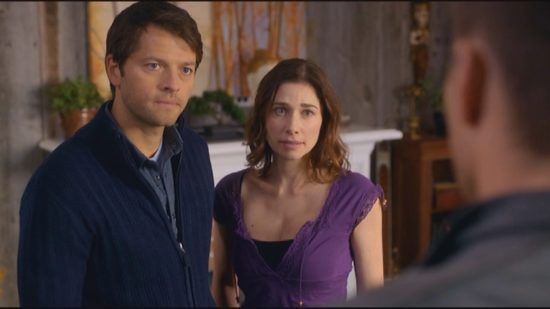 Sam Winchester is certainly unlucky in love, but one relationship that was doomed from the beginning was his romance with Madison. As a werewolf by night, she was just as much a threat to Sam and Dean as any other creature they had hunted, yet Sam still began a romance with her. In a very dramatic twist, Madison ended up asking Sam to kill her, and while their romance was intriguing and heart-wrenching, fans became angry after the brothers encountered another werewolf named Gareth awhile later and in his case it was discovered that werewolves didn’t have to attack humans. After that revelation it became clear to fans that Madison’s werewolf storyline and her relationship with Sam was just a filler for writers which only made fans dislike the couple even more. 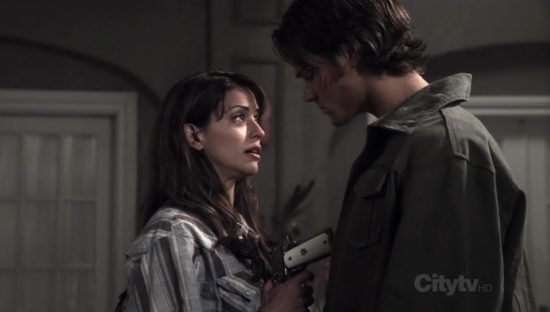 Aside from the sagas of Sam, Dean and Castiel, there have been a few other romances including the one between Gabriel and Rowena. For audiences, the relationship between Gabriel and Rowena was a breath of fresh air for the series because not only was it between two supporting characters, but it was a romance that they actually really liked. While they were undoubtedly a strange couple, it was a twist for fans to not have seen it coming, and was one of the reasons many fans felt that season 13 was one of the best recent seasons. 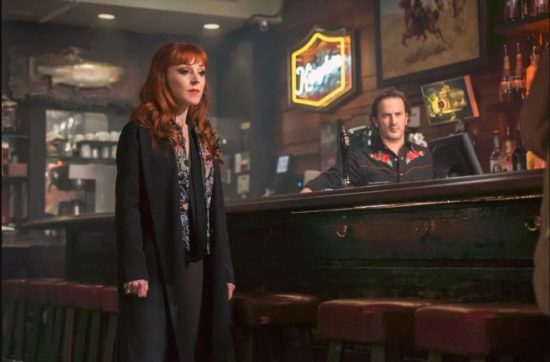 Even though it has been 13 seasons, it is still tough for fans to think of the pain Sam endured when he lost Jessica. In the pilot episode, Sam Winchester was far from the Sam fans know now because he was a law student living a completely normal life with his greatest love, Jessica. Since it was Jessica’s death that pushed Sam into hunting with his brother, there would be no Supernatural if the relationship hadn’t ended the way it did, but their love has continued to permeate throughout the show, proving just how important the relationship was to the direction of the series. In the many seasons since, Sam has had illusions of Jess many times and she has remained integral to Sam’s storyline despite her death. They were a great couple but without her death, the Supernatural as fans know it wouldn’t exist. 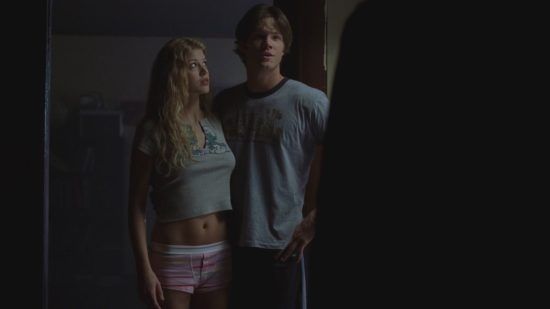 With Sam and Castiel both getting their brief periods of time that showed what it would be like if they could actually live normal lives, Dean couldn’t be left out. The closest Dean came to romantic stability and happiness was with Lisa Braeden who was introduced in season three. The two had a past history which made Dean believe her son Ben could be his which added an extra dynamic to their fragile relationship. While all of the characters had character developments over the season, it seemed Dean always stayed the same and seeing the family-man side to him was intriguing and refreshing even though everyone knew it wasn’t going to last. 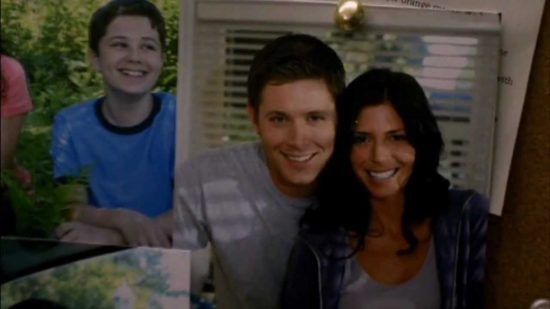 Despite its popularity, Supernatural has faced a lot of criticism over the years for a lack of diversity in its characters, but that wasn’t the case when the series introduced hunters Jesse and Cesar in season 11. The Winchester brothers met the happily married couple when they were on the hunt for Bisaan as Jesse was out to get revenge for the death of his brother. The couple ended up being a critical help to Dean and Sam when it came to defeating Bisaan and finding all of his victims, including Jesse’s brother. While many had hoped the show would explore the characters further, the end of the episode saw the couple return home to retire from hunting after being able to give Jesse’s brother a proper funeral. 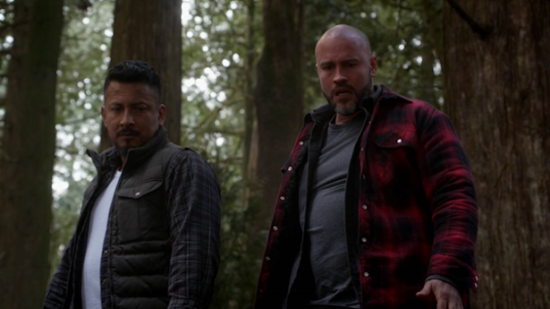 Sam and Ruby have had one of Supernatural‘s most complex relationships and while fans have questioned them, in the end they became one of the most supported couples on the show. Even though their relationship started off rocky, they eventually became allies and then lovers and although their relationship was complicated, it was believable. Aside from being believable, fans also appreciated the change for Sam’s character as Ruby was the only demon he became romantically involved with, even though he ended up killing her in season four. Of course, before long fans found out the on-screen chemistry for the two characters was so believable because in real life Jared Padalecki and Genevieve Cortese had fallen in love. 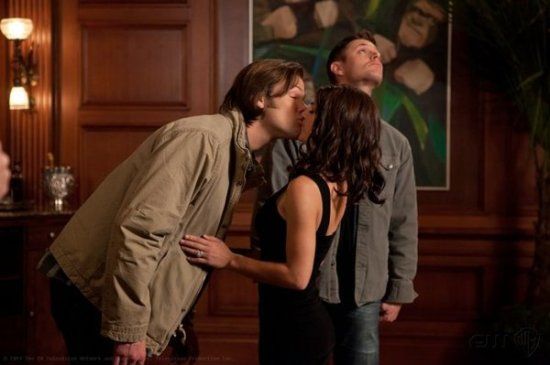 While the majority of Supernatural occurs without either John or Mary Winchester, they have become the most important couple on the show. Through flashbacks fans saw more and more of a young Mary and John where they learned that Mary was actually a hunter first and fell in love with John who was living a normal life. Eventually it was revealed that Mary made a deal with the devil in order to save John’s life, but that becomes the reason she died and John himself became a hunter. The power of love between the two is the reason there is even a story to begin with, and without them there would be no Sam and Dean Winchester. 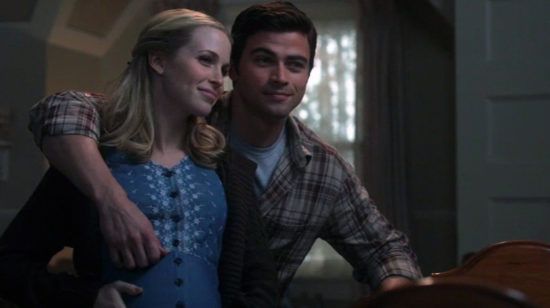 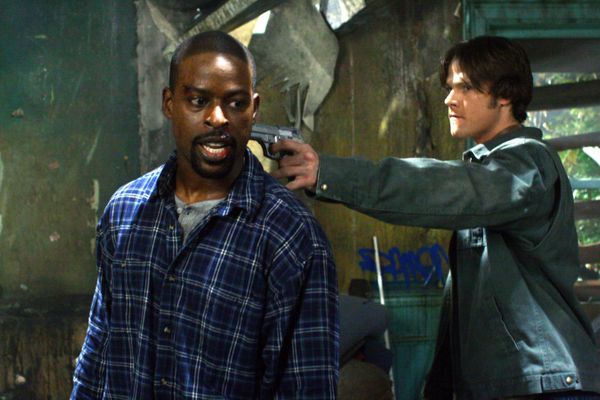