Jared Padalecki has without a doubt become one of TV’s favorite stars thanks to his roles in hit series such as Gilmore Girls and Supernatural. Padalecki, is smart, talented, good-looking, and charming, but these are things fans already know about the star, and there is just so much more! With interviews, social media and secrets being spilled here and there, we dug up some interesting facts about Padalecki just in time for his birthday! Check it out:

Jared Tristan Padalecki was born on July 19, 1982 in San Antonio, Texas, to Gerald and Sherri Padalecki. Jared grew up in Texas with his older brother Jeff, and his younger sister Megan. Despite an early interest in acting, Jared is extremely smart and graduated Magna Cum Laude from James Madison High School in 2000. In 1998, he and classmate Chris Cardenas won the National Forensics League national championship in Duo Interpretation and in his senior year he was a candidate for the Presidential Scholars Program. Even though he was supposed to attend the University of Texas to major in Engineering after high school, he opted instead to move to L.A. to pursue acting.

After so many years working together on Supernatural as brothers Sam and Dean Winchester, Jared Padalecki and Jensen Ackles have become almost like brothers. Despite the fact that Sam is the more serious of the two, off-camera, Padalecki loves to joke around with Ackles to pass time on set, and they have created a never-ending prank war.

Although Jared had been taking acting lessons since he was 12, he had no real set plan for how to break through in the industry after deciding to pursue acting as a career and not go to university. At 19-years-old, however, everything came together for him when he won Fox Broadcasting’s 1999 “Claim to Fame” Contest. As part of the win he got to appear at the Teen Choice Awards where he conveniently met an agent who was convinced Padalecki he could make it either as a model or actor. That very same year he landed a small role in the film A Little Inside, and only a short while later landed the iconic role of Dean Forester on Gilmore Girls!

Some actors and actresses work for years with no real break into the spotlight or A-list fame, but it seems it was the complete opposite for Jared Padalecki. There aren’t many TV fans who haven’t seen his face or don’t know who he is, and it might be surprising to learn that he only has 19 acting credits in total, which include special short films from Gilmore Girls and Supernatural. Along with securing a five-year role on Gilmore Girls, Padalecki appeared in the series ER and films like Cheaper by the Dozen and the Olsen twins film New York Minute. Luckily all his career really needed for stardom was starring roles in Gilmore Girls and Supernatural. 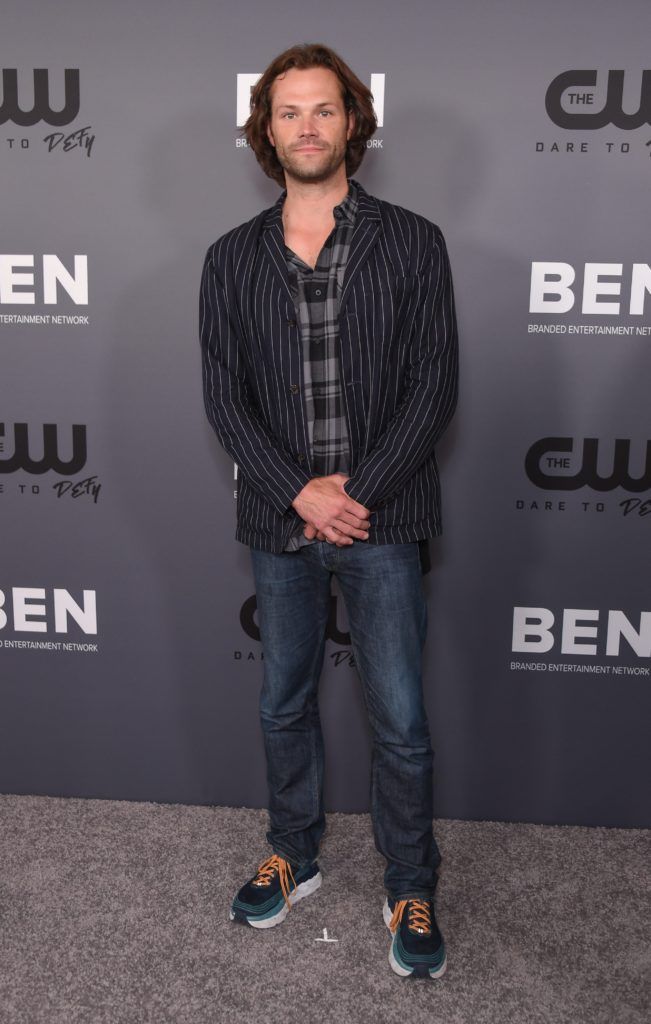 One of Jared Padalecki’s standout trademarks in the industry is his height. At 6’4″ he is definitely above the average height of men, and definitely above average for actors as many find it hard to fit tall actors into shots on film. Since many actors lie about their height by up to two inches, Padalecki’s height has often been questioned, but he really is that tall and in fact his Supernatural co-stars Jensen Ackles and Misha Collins are 6’1″ and 5’11” respectively; Padalecki just makes them seem shorter. 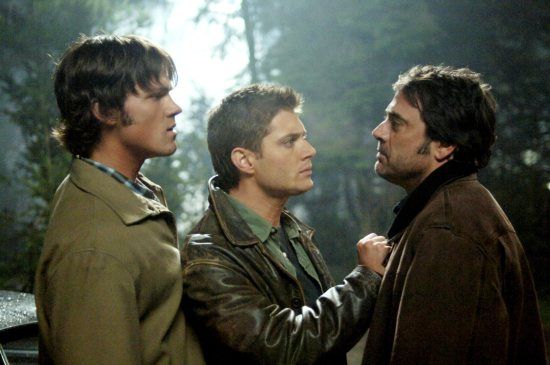 It isn’t too hard to believe that Jared Padalecki is a really likable person, and because of this he has made himself quite the group of famous and good looking friends from the different projects he has worked on. Along with being best friends with his Supernatural co-star Jensen Ackles, he also considers former teen series idol Chad Michael Murray to be one of his close friends. The pair first met on the set of Gilmore Girls as rivals on the show, but quickly became friends off-camera, even as Murray went on to star in the rival teens series One Tree Hill. In 2005, they even reunited to co-star in the remake of the horror film House of Wax. In 2003, Padalecki also had a small role in Cheaper by the Dozen as the bully to Tom Welling’s character, and they also became good friends. Jensen Ackles became friends with Tom Welling after starring together on Smallville, and after Padalecki and Ackles were both cast in Supernatural, they filmed on the same CW lot as Smallville, creating a close-knit group of friends.

Considering fans can’t get enough of Padalecki, a lot of which has to do with his undeniable charm and good looks, it is very surprising for many to learn that he has spoken out about being self-conscious about his looks and body. In an interview, Padalecki once stated, “I’m a little self-conscious about my body. I love to wear hoodies because you can get cozy and eat some food and your belly doesn’t show!” 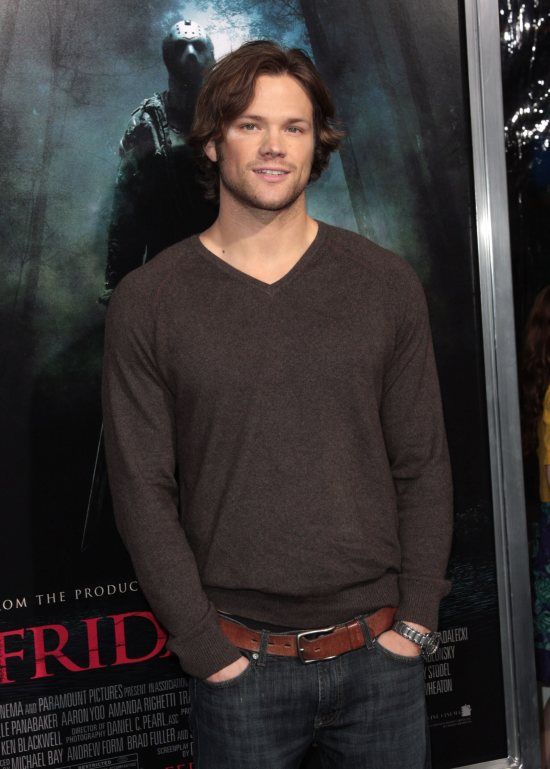 Even though he is a beloved star, for the most part Padalecki stays out of the spotlight and out of the media, and keeps his home life away from prying eyes except for what he shares on social media. Before his current marriage, Padalecki was engaged to his longterm girlfriend Sandra McCoy after he proposed in Paris in 2007. In June 2008 he confirmed to fans that the engagement was off and they were no longer together while at the Supernatural Dallas convention. That same year, however, he met actress Genevieve Cortese when she had a recurring role on Supernatural as Ruby. On February 27, 2010, the pair were married in her hometown of Sun Valley, Idaho. In March 2012, they welcomed their first son Thomas Colton Padalecki, and in December 2013 they welcomed their second son Austin Shepherd Padalecki.

In March 2015, Padalecki shocked his fans when he revealed that he had been having a long battle with depression. While leading a charitable effort to raise money and awareness for mental health issues, he opened up about his personal struggles to Variety, stating, “I, for a long time, have been passionate about people dealing with mental illness and struggling with depression, or addiction, or having suicidal thoughts.” He added, “I, in the past, have had my own struggles of not being so happy with where I am in life, which is strange and I think it goes to show…Maybe a lot of people don’t know this, but season three [of Supernatural], we were shooting an episode, and I went back to my trailer to get changed and just kind of broke down.” It was then that he was officially diagnosed. He explained, “A doctor came to set and talked to me for about 30 minutes or 45 minutes and said, ‘Jared, I think you’re clinically depressed. I think I should write you a note and we can shut down production for five days and then we can take it from there.” “It kind of hit me like a sack of bricks,” the Gilmore Girls alum added. “I mean, I was 25 years old. I had my own TV show. I had dogs that I loved and tons of friends and I was getting adoration from fans and I was happy with my work, but I couldn’t figure out what it was; it doesn’t always make sense is my point. It’s not just people who can’t find a job, or can’t fit in in society that struggle with depression sometimes.” 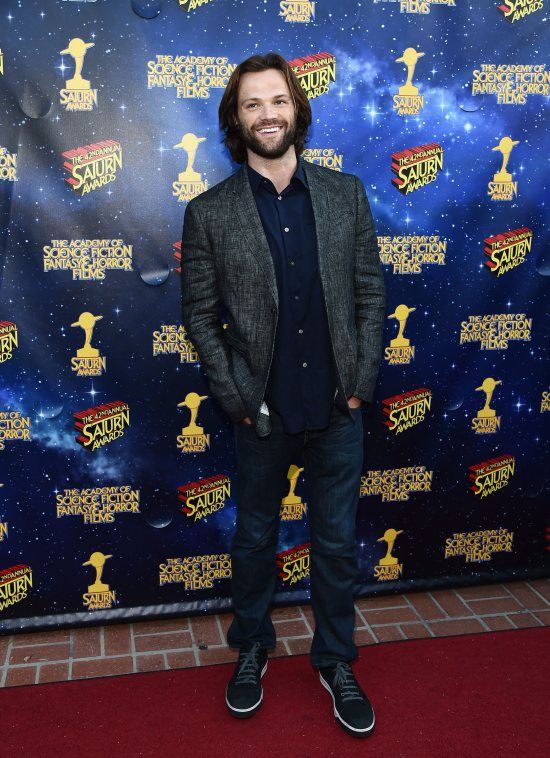 As the stars of one of the longest running sci-fi television Supernatural, both Jensen Ackles and Jared Padalecki have been asked many times about their own beliefs in the paranormal and their own superstitions. Padalecki revealed one of his biggest superstitions, stating, “Whenever I drive under a yellow light, I always kiss my finger and tap it on the roof of the car. And I do that when I get onto a plane as well!” In an interview during the early seasons of Supernatural, he also opened up about his own paranormal experience after growing up as a skeptic. Check it out: 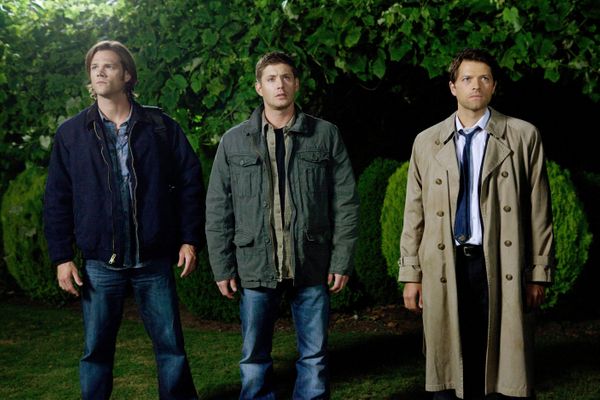