After so many seasons of the Real World, fans have seen a broad spectrum of people and personalities come together. As to be expected, there is lots and lots of drama and more often than not there is always the same person in the middle of it, instigating it or reacting to it. Since no one wants to watch 7 strangers sitting around in a house all day, certain people with certain personalities are picked on purpose for the show and these 10 definitely didn’t disappoint when it came to creating interesting situations, albeit sometimes annoying situations, on the show.

Jenny Delich was one of the original cast members on Real World: Ex-Plosion, and while she certainly wasn’t the worst that Real World members have seen, she did have a flair for the dramatics. It became pretty evident that, while she and her “ex” Brian Williams wanted to work on their relationship, they also brought out the absolute worst in each other at times. Fans will never forget when she threateningly waved a knife in his face.

Jordan Wiseley has become the character fans of both the Real World and the Challenge love to hate after being introduced to him on Real World: Portland. Jordan’s upbringing and being born without fingers on his left hand made him tough and resilient, but unfortunately his confidence all too often comes off as cocky, and worst of all thought he was smarter than everyone around him. His anger was truly uncontrollable at times, and some of his decisions, especially in reference to his altercations with Nia were questionable at best.

Unfortunately for the Real World: St. Thomas, Brandon Kane was positioned as the odd man out, as friendships and relationships formed rather quickly around him. Brandon was always set a part from his fellow housemates, and the fact was he was odd. He seemed driven to prove he was tough and some sort of bada– which unfortunately made him even less likeable. It really was too bad, but perhaps not so surprising when Brandon failed the drug test at the end of the season causing him to be evicted.

Ashley Mitchell was such a mess, she didn’t last long on Real World: Ex-Plosion, but lasted long enough to make quite the impression on fans, and her housemates. Ashley thought she was better than everyone else and did not even try to hide it, and it only came out even worse after she had been drinking. Ashley was hard to take anyway because she thought she was the queen of San Francisco, but when she ripped up Jay’s numbers, then denied it and then Jay’s mother passed away and he didn’t have his numbers to call out, there was absolutely no hope left for liking her at all. Then of course she went on a drunken rampage telling Cory her family would “own” his. Too far, Ashley, way too far.

Since making her debut on the Real World: Las Vegas in 2011, and participating in subsequent Challenge season, it has been clear that Nany is dramatic and short tempered. As her former boyfriend and Free Agents co-star Cohutta put it, “Nany’s family comes from a long line of fireballs.” Her flair for being the center of and inserting herself in fights and all sorts of drama is rarely matched in any season of the Real World.

Jasmine may be small, but is she ever feisty, and at times things get quite out of hand with the tiny reality star. From her time on Real World: Cancun, it was clear that Jasmine did not want to be underestimated or overlooked because of her stature. Unfortunately, she seemed to have some serious need for attention and a definite anger problem resulting in some of the most intense freakouts fans of the show had seen over the various seasons. Her need to be the center of the attention combined with heavy drinking were a truly bad mix, making for some scary and embarrassing outbursts on the show.

Brian Williams Jr. joined the Real World cast during Ex-Plosion when he was brought in as the on-again, off-again boyfriend of original cast member, Jenny Delich. Right away it was clear both were pretty vain and dramatic people, which was only made worse by trying to work on their relationship while on the show. Although Brian tried to keep his calm for a lot of instances, no one will forget the night he got very intoxicated and proceeded to destroy Jenny’s bedroom. He also ended up attacking other cast members including Cory, whom Jenny had a fling with before Brian arrived. His temper and freakout was so bad, he was forced to spend the night in a hotel away from the the other cast members.

Ryan Leslie was a different kind of person and no matter how hard they tried to be friends with him at one point or another he was going to rub everyone the wrong way. Ryan L. was a part of Real World: New Orleans, and like a lot of the other strange cast members on the show, his self-absorption seemed to play a major part in him being set apart from the rest of the group. His behavior was bizarre to say the least and his attitude in the house and with his house mates was so bad, he ended up being one of the few Real World members actually evicted from the house.

Was there any doubt Real World: San Diego‘s Frank Sweeney would wind up on this list? Upon his casting, MTV described him as a “whirlwind of emotions” and a “master of manipulaton,” which was proven and more over the course of his season. Frank flip-flopped so fast from loving, sociable, peace-maker to dark, angry and violent so quick it could give you whiplash. Of course, it is understood that Frank had issues he needed to address, including him seeking help for alcoholism; however, this all added to his explosive personality dominating the house many times and earning him the nickname “Hurricane Frank.”

If fans thought Hurricane Frank was bad, it was nothing compared to the storm that blew into the Real World: Portland with Hurricane Nia. At first the cast members and fans alike almost didn’t have to experience the wrath of Nia Moore, as the show began with Joi Niemeyer as the seventh house member. Nia, however, arrived in Episode 4 after Joi chose to leave, and there has been no one quite like Nia in any other season. Her vanity is without a doubt unmatched, and it is clear she lives in some sort of reality where she is a celebrity. She would say some of the weirdest things including “knowing people” to essentially beat up house mate Jordan, and constantly reminded the rest of the cast that she was better than them. Of course, her words were nothing compared to her violent attacks on multiple house members, some of which were so bad it is still questioned why she was not taken off the show. 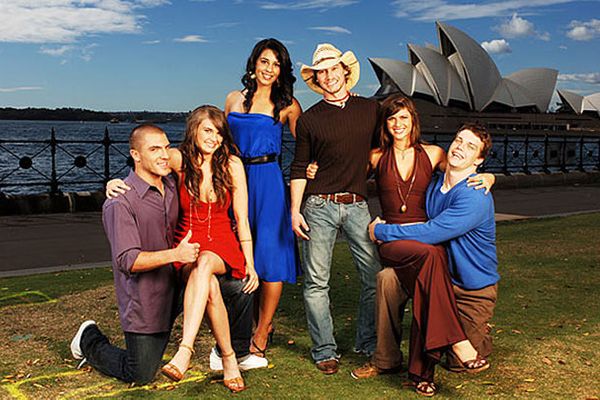