It’s summer and that can only mean one thing…wedding season is upon us once again! Right now, Facebook is exploding with the latest wedding pictures, memes, videos, and photo montages. The following is a tribute to all those getting married and going to weddings as Fame10 looks back on the top 15 TV weddings. These wedding episodes are proof that, even when everything goes awry and the best man gets drunk, the maid of honor throws out her back, and parents refuse to show up, a memorable and wonderful day can still be had.

Izzie (Katherine Heigl) is currently suffering from a brain tumor when her friends give her the surprise of her life. She thinks she has been planning Meredith and Derek’s wedding, only to discover the day of that it is her wedding and she is marrying Alex (Justin Chambers). They have a fairy-hospital tale wedding! It’s too bad the marriage ends in divorce not long after…

It’s the wedding fans waited 10 years to see! Donna (Tori Spelling) says ‘I do’ to David (Brian Austin Green) while wearing the perfect white ball gown. They came a long way from being high school boyfriend and girlfriend who parted ways, only to come back together.

This office romance drove fans crazy as they aggravated over whether these two would ever get together. Pam (Jenna Fischer) and Jim’s (John Krasinski) Niagara Falls wedding was beautiful, and kudos to this couple who tied the knot their way.

It was a relationship with many ups and downs, but these two brides found their way down the aisle in this memorable wedding. Bailey (Chandra Wilson) performed the ceremony for brides Callie (Sara Ramirez) and Arizona (Jessica Capshaw).

Well, there was no white dress, no gushy proposal, the bride was holding a highlighter bouquet, and it was a bit of a shotgun wedding, but fans could not picture Ron Swanson (Nick Offerman) and Diane Lewis (Lucy Lawless) getting married any other way.

Yes, everything that could possibly go wrong did at Charlotte (Kristin Davis) and Harry’s (Evan Handler) nuptials, including spilling wine on the white dress, Samantha’s (Kim Cattrall) bracelet breaking during the ceremony, a bad back for Carrie (Sarah Jessica Parker), and Miranda’s (Cynthia Nixon) speech going up in flames, literally. But it was still lovely and Charlotte’s dress was way better than the one she wore to her previous wedding to Trey.

Two friends who become lovers at a wedding across the pond (i.e. Ross and Emily’s British wedding) had a gorgeous traditional wedding with the whole Friends’ cast, including a very bloody and late Joey Tribbiani (Matt LeBlanc) who performed the ceremony for Monica (Courtney Cox) and Chandler (Matthew Perry).

It’s the big day for Chase (Jesse Spencer) and Cameron (Jennifer Morrison). Viewers had their doubts about whether they would ever see Cameron in a white dress, but surrounded by their fellow doctors (with the exception of House who was going to rehab), they said their vows.

This is the story of a man named Brady (Robert Reed) who married a lovely lady named Carol (Florence Henderson). The bride wore yellow with a ridiculous yellow bow veil and it was picture perfect until the cat and dog ran amuck and ruined the wedding cake.

Everybody loves a Raymond wedding! Amy (Monica Horan) and Robert (Brad Garrett) had by far the most adorable first dance of any TV couple. They busted the moves to Elvis’ “A Little Less Conversation,” and had viewers rolling on the floor with laughter.

When hot couple Kevin (Matthew Rhys) and Scotty (Luke Macfarlane) plan a simple ceremony, Nora (Sally Field) has other plans for these nuptials. Viewers were touched when Kevin travelled to meet with Scotty’s parents to convince them to attend their wedding.

Despite laws that forbid beach weddings, Jules (Courteney Cox) and Grayson (Josh Hopkins) plan an ambush wedding on the beach and escape law enforcement. It’s sweet and simple as the two are pronounced man and wife as Jules’ father marries the happy couple.

Not everyone was happy by the surprise wedding of April (Aubrey Plaza) and Andy (Chris Pratt), especially Leslie (Amy Poehler) who tried to stop it. However, everyone was moved when April said she didn’t hate Andy and wanted to spend her life with him and Andy promised to protect her from danger and battle an ultimate fighter…if necessary.

In this drama-filled episode that included a new case and the church burning down (that has to be a sign), Temperance (Emily Deschanel) and Seeley (David Boreanaz) get hitched. The scene that steals the show is the interns dressed in period pieces from the history of fashion exhibit. 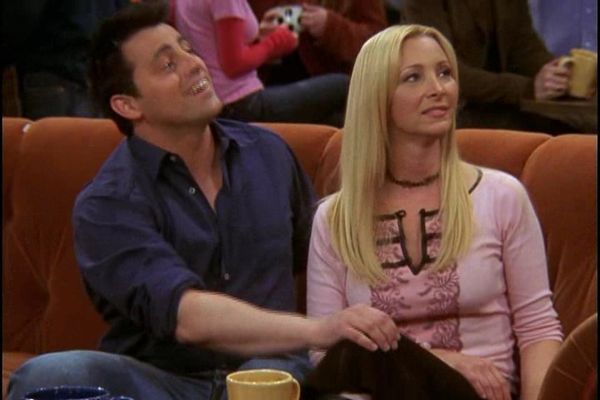 9 TV Couples That Should Have Happened But Didn’t