Season twenty-three of The Bachelor has officially begun and Colton Underwood has taken center stage. Fans of the franchise are more anxious than ever to see who this year’s handsome leading man gives his final rose to, and luckily, we have the inside scoop on how the season plays out. From how the season ends and all the drama in between, follow along for everything you need to know about The Bachelor 2019’s most shocking spoilers.

13. First Impression Rose And How Far She Goes

First impressions are crucial when it comes to dating, but especially so on The Bachelor when a rose is on the line. The first impression rose has grown to be even more important since many of the recent Bachelors and Bachelorettes ended up giving their first impression rose to the person who also gets their final rose! For Colton’s season, he decides to give the first impression rose to Hannah G. because she “reminds him of home.” The two share a kiss and Hannah G. is deemed safe for the first rose ceremony. According to Reality Steve, Hannah G. makes it quite far in the show and actually ends up being in the final three. She’s not, however, the contestant who receives the final rose and is eliminated before her overnight date with Colton, which we’ll discuss in full detail.

12. First One-On-One Date And How Far She Goes

After the first impression rose goes out, the next most important moment is the first one-on-one date card which signifies the first lady who can indulge in quality alone time with Colton. The first one-on-one date is given out to Hannah B. Reality Steve claims he’s not exactly sure what the date night entailed, but he did know the date fell on Hannah B.’s birthday, which made it an extra special day. He also knows that Hannah B. is given a rose at the end of the date, so he assumes it was successful. As for Hannah B.’s time on the show, Reality Steve has shared that Hannah is eliminated in episode seven when the group is in Denver, CO. The episode narrows down the contestants from seven to four, and Hannah B. is eliminated on her one-on-one date with Colton during this episode.

Sometimes the leading Bachelor or Bachelorette likes to throw the audience for a loop and decide to eliminate a contestant before the official rose ceremony. Often with the Bachelor process, it’s better to be honest with someone as soon as you feel that there isn’t the potential for a relationship to progress to spare their feelings. Colton’s season is no different, and he makes his first non-rose ceremony elimination in episode three. The episode consists of a group date where eight women, including Caitlin, compete in the Strongest Woman Challenge. Following the date, for reasons Reality Steve has yet to specify, Colton decides to send Caitlin home before the official rose ceremony because he simply “didn’t see a future with her.”

While there are times on The Bachelor where the leading man or lady can decide to eliminate someone before the ceremony, contestants can also do the same if they aren’t feeling a spark. The Bachelor process can be exhausting, so at least one time during a season we see someone decide to go home for themselves. This happens twice in Colton’s season with the first occurring in episode five when the group is traveling in Khao Lak, Thailand and Elyse eliminates herself sometime after the group date. Sydney also eliminates herself, which occurs in episode six, because “she wasn’t feeling it with Colton and he wasn’t opening up to her.”

9. When Does Demi Get Eliminated?

Reality Steve shared that Demi has an interesting elimination which involves her going to Colton’s room. The elimination happens during episode six when the group is in Nha Trang, Vietnam. Demi goes to Colton’s room to talk and he eliminates her realizing that “his feelings weren’t the same for her as hers were for him.” He doesn’t want to put her through a rose ceremony knowing she’s not the one for him, so he decides to send her home immediately.

8. The Only One-On-One Date Elimination – Hannah B.

Surprisingly, Colton only has one elimination on a one-on-one date this season! Often the Bachelors and Bachelorettes tend to send people home on one-on-one’s once they get a clear picture of their personality and whether things will work. For Colton, his sole one-on-one elimination occurs with Hannah B. in episode seven. While Reality Steve doesn’t specify the reason Colton sends her home, he does spill that it occurs on their one-on-one date in Denver, CO.

7. Who Are Colton’s Final Four?

According to Reality Steve, Colton narrows down his final four to Hannah G., Caelynn, Tayshia, and Cassie. These are the contestants that bring Colton back to their hometowns with them to see what their families think and how Colton fits in. After the hometown dates, Colton decides to eliminate Caelynn, which narrows his contestants down to the final three.

Once Colton narrows down his final three, tensions begin to rise and all three girls question which one of them Colton’s heart truly lies with. Since Colton is a virgin, the overnight dates are even more crucial and important. Colton spends his first overnight date with Tayshia in Portugal and the next with Cassie. According to Reality Steve, something happens during the overnight with Cassie that makes Colton realize she is the one he wants to be with. He told Hannah G. their overnight date would not be happening because he wanted to pursue Cassie and went back to tell the same to Tayshia and ended it with her.

5. Why Does Colton Jump The Fence?

The Bachelor trailers have shown a dramatic scene of Colton in tears and then suddenly disappearing by jumping over a fence. Fans are more anxious than ever to find out what the commotion is all about, and luckily, Reality Steve has the inside scoop, and it seems to be about Cassie. Reality Steve wrote,  “On his overnight date with Cassie, what I was told was was that Cassie got cold feet, anxious, whatever you want to call it, and realized she wasn’t ready to be engaged yet. She told him this and essentially left the show. This supposedly is where Colton does his fence jump. He obviously wasn’t happy since the woman he wanted didn’t want what he wanted. But I guess we’ll see if it plays out as actually the time where he jumps the fence. But Cassie did leave the show at that point during overnights and went back home.”

4. Is There A Final Rose Ceremony This Season?

Perhaps the most shocking part of Colton’s season of The Bachelor is that there is no final rose ceremony! Colton simply decides for himself who he wants to end up with which not only eliminates the need for a final three rose ceremony, but also the final rose ceremony since the only woman left, Cassie, made the choice to leave the show.

3. What Happened After Cassie Left The Bachelor?

Many might be wondering if Colton ended his relationships with Tayshia and Hannah G. to pursue Cassie, but Cassie left the show on her own terms, what happened next? Did Colton end up alone? Reality Steve dished the details that Colton came back to the states and chased Cassie down. He shared the inside scoop, “they filmed something in Southern California where he shows up and tells her they don’t need to be engaged and he wants to date her. She agrees and that’s where we are right now.”

2. Are Colton And Cassie Engaged?

So, now that some time has passed, are Colton and Cassie engaged? Reality Steve claims that the two are just dating and continuing to get to know each other and deepening their relationship. Cassie began thinking that she wasn’t ready for an engagement just yet, and Colton respects that and is happy to just be with her and date her. Reality Steve claims he doesn’t think they’ll be engaged by the time After The Final Rose airs, but also adds, “I’m guessing no, but weirder things have happened in this franchise.”

1. Who Will Be the Next Bachelorette?

Lastly, another huge question on Bachelor nation fans minds is whose up next to take over for The Bachelorette? Reality Steve has his bets on Hannah G. who seems to be on many people’s radar after Colton let her get away, including Blake from Becca’s season! Reality Steve dished, “Let me clarify. I have no idea if Blake and Hannah G. have spoken. Hell, Hannah G. could end up being the ‘Bachelorette’ and this would be a moot point. All I heard was that Blake is interested, as I’m sure many guys are, and that if she ends up not being ‘Bachelorette’ and goes to Paradise, you can bet your a** she will be a lot of guys #1 option, and being right at the front will be Blake.” While we’re sure Hannah G would make a great Bachelorette, we’re still hoping ABC will let Becca Tilley hand out the roses next time around! 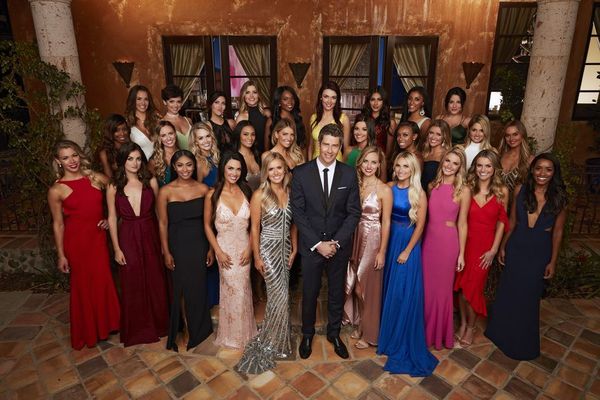 Quiz: How Well Do You Know The Bachelor Franchise?