The amount of money the British royal family makes and how they make it is a much-discussed topic both in Britain and the rest of the world. Combined, the monarchy is worth an estimated $88 billion and some members of the family (those closest to the throne) definitely have more than others, but none are in any way in need. As the royal family continues to grow, check out how much each member is worth:

Estimated Net Worth: $425 to 550 Million. Queen Elizabeth II has been on the throne since 1953 and while estimates on her exact net worth vary, they are all extremely high. In 2017-18, the income from Crown Estate properties (known as the Sovereign Grant) amounted to about $98.1 million. That amount is used for the upkeep of Buckingham Palace, travel for the Queen and the other royal family members, and staff salaries. She has also raked in millions from the Duchy of Lancaster not to mention she has a vast art and jewelry collections also worth millions. All combined, most estimates have the Queen’s net worth from anywhere between $425 million to $550 million. 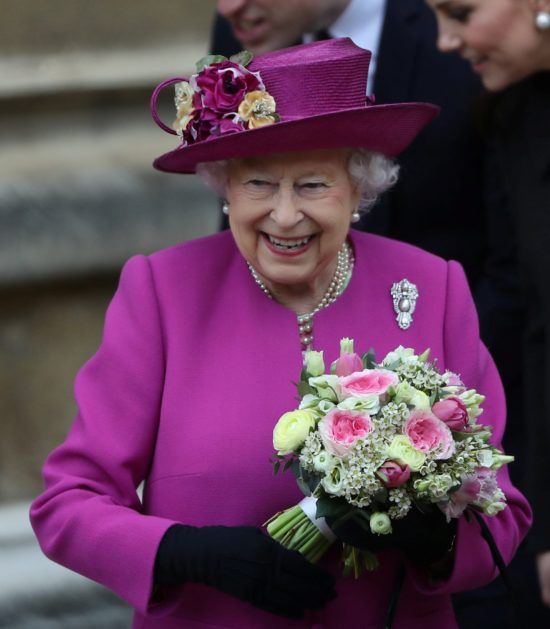 Estimated Net Worth: $30 Million. The Queen’s husband of more than 70 years, Prince Philip the Duke of Edinburgh, isn’t doing too badly for himself either, but doesn’t make nearly as much as his wife. Prince Philip’s estimated net worth sits at about $30 million which comes mostly from his annual salary of around $459,161 a year which is to cover “the expenses of carrying out his public duties in support of the Queen.” Now that Prince Philip has retired from his public duties it is unclear if he will continue to receive his salary. 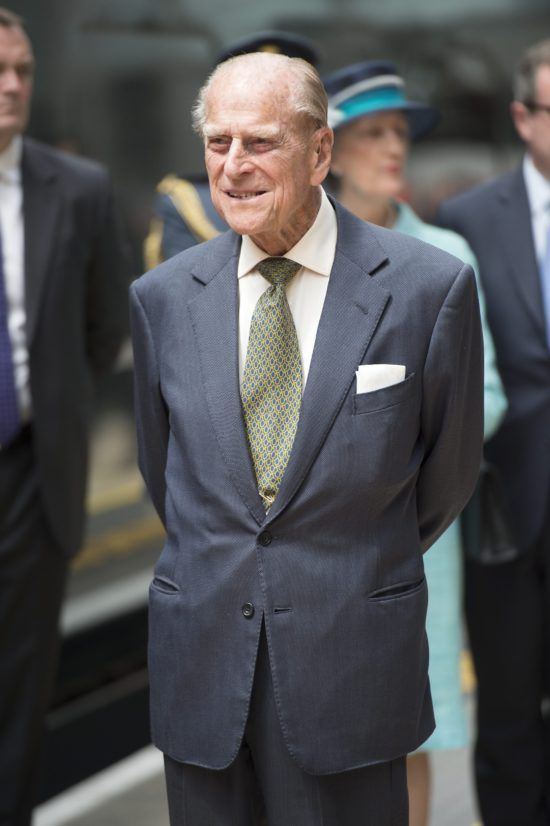 Estimated Net Worth: $400 Million. As the eldest child of Queen Elizabeth II and Prince Philip, Charles the Prince of Wales has lived his life in royal luxury and has the net worth to prove it. Prince Charles is already closing in on his mother’s net worth with his own of an estimated $400 million although some estimates have Prince Charles net worth at over $1 billion because of his estate’s assets. However Charles doesn’t really own the duchy, which was established in the 14th century to provide income to the crown prince. Although the estate also funds Prince Charles’ wife Camilla, Duchess of Cornwall, she has her own personal net worth of an estimated $5 million. 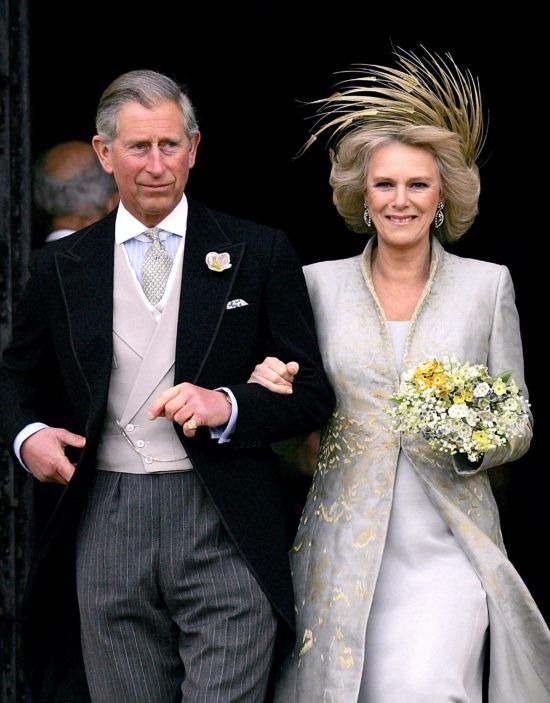 Estimated Net Worth: $30 Million. Anne, Princess Royal is Queen Elizabeth and Prince Philip’s only daughter, and one of the most private of the royals. According to Royal Splendor, Princess Anne’s net worth comes from an annual income given to her by her mother as well as from a trust fund set up by her grandfather, George VI, jewelry worth $7 million, and a home worth $15 million. 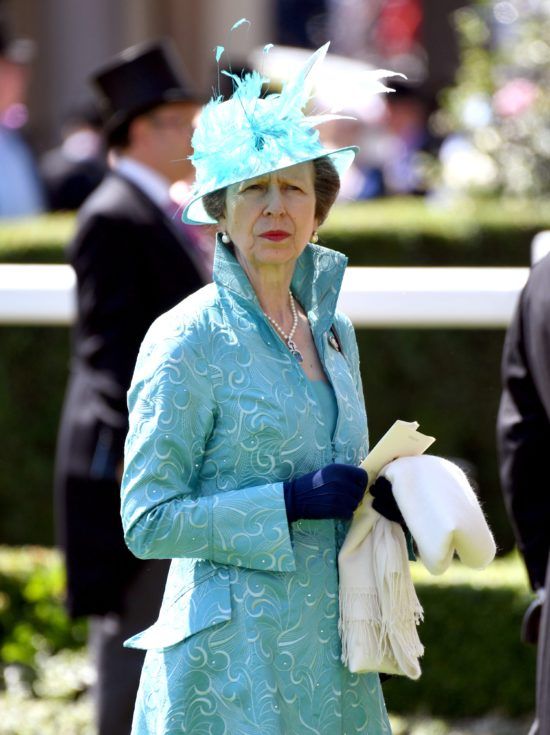 Estimated Net Worth: $75 Million. Prince Andrew, the Duke of York is the third child of Queen Elizabeth II and Prince Philip and has an estimated net worth of $75 million. Most of Prince Andrew’s wealth comes from a trust fund which was established for him as a child, but he also receives a yearly salary of $408,000 from the queen and also receives a pension from the Navy. 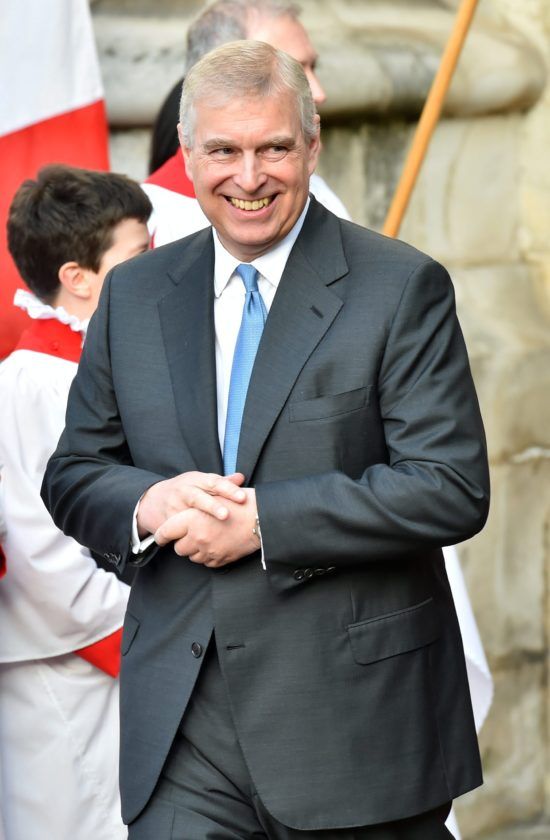 Estimated Net Worth: $45 Million. The fourth child of Queen Elizabeth II and Prince Philip, Prince Edward, the Earl of Wessex has an estimated net worth of $45 million. Both Prince Edward and his wife, Countess Sophie, are full-time working royals which means the majority of their income comes from a salary from the queen, as well as a trust fund that was set up for Edward when he was young. 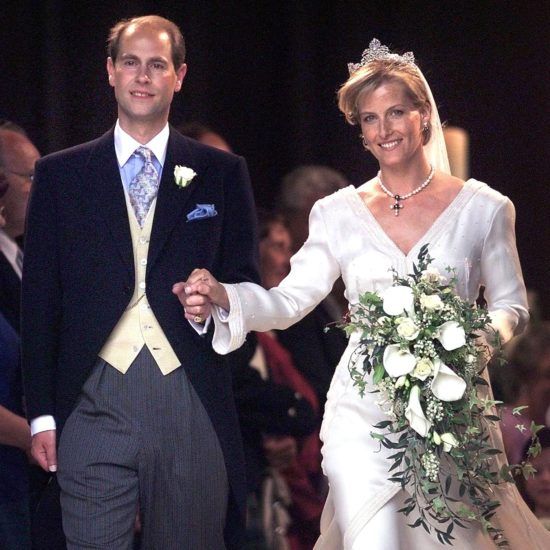 Estimated Net Worth: $40 Million. Prince William, the Duke of Cambridge is the second in line to succession of the throne, but he is already living like a king. Prince William has an estimated net worth of $40 million which he has amassed through a variety of incomes and inheritances. His wealth comes from an inheritance from his late mother’s will which gave him $14 million when he turned 30 and a trust set up by his great-grandmother, the Queen Mother. He has also received a stipend of $450,000 a year since turning 25. He also received a salary as an air ambulance pilot, but donated that salary to charities. 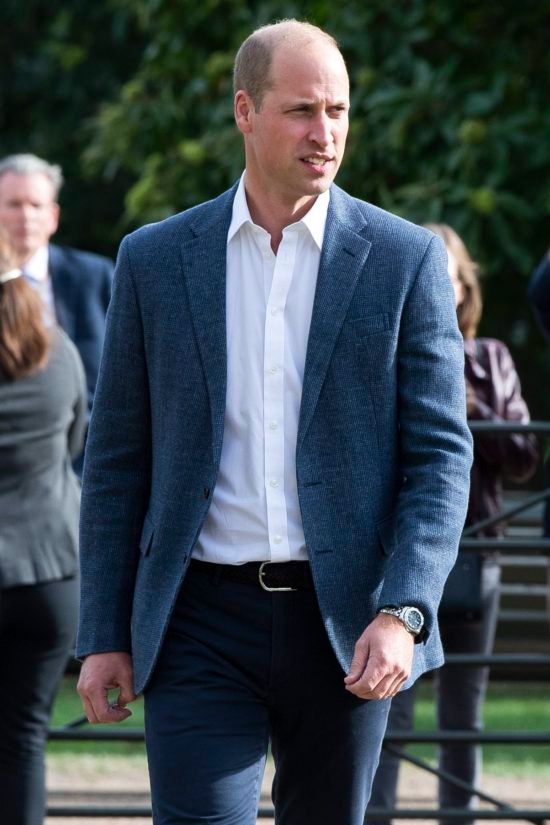 Estimated Net Worth: $7 to $10 Million. On her own, Kate Middleton who is the Duchess of Cambridge, came from a well-off British family and has accumulated wealth from the family business. As a working royal she also receives a salary from the queen and has her own net worth which is estimated of being up to $10 million. 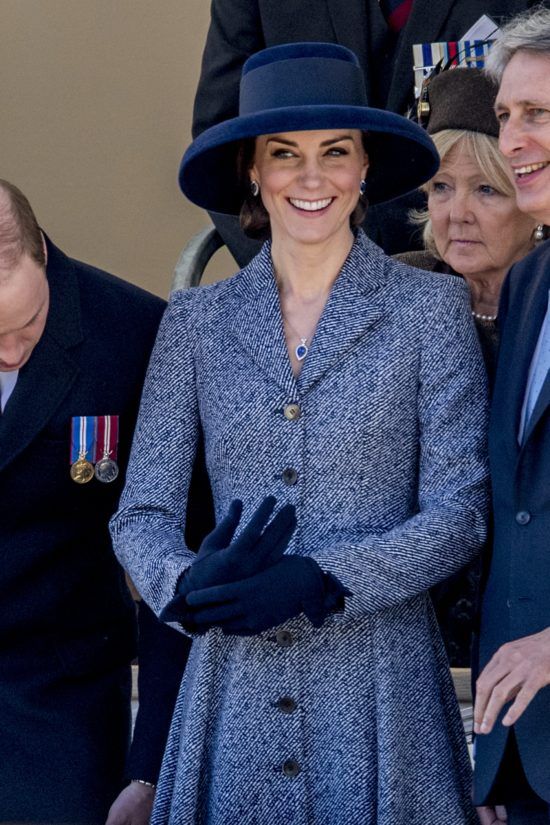 Estimated Net Worth: $40 Million. Like his older brother, Prince Harry, the Duke of Sussex is worth an estimated $40 million. Also like his brother, much of Prince Harry’s wealth comes from the $14 million he inherited from the will of his late mother when he turned 30. He was also paid $45,000 in salary for his service in the British Army Air Corps, and along with his brother inherited Princess Diana’s vast jewelry collection of which the exact worth is not known. Of course, both William and Harry are able to hold on to so much net worth because the Duchy of Cornwall pays out $9 million a year for all of their official expenses and obligations, which means it isn’t often they use their personal money for anything. 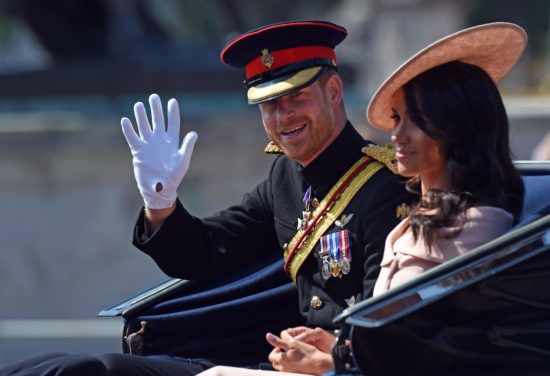 Estimated Net Worth: $5 Million. It is not news that Meghan Markle had quite the net worth of her own before she married Prince Harry and became the Duchess of Sussex. Her acting career built Meghan quite the nest egg as she reportedly made around $50,000 per episode of Suits which added up to a salary of $450,000 a year. In addition, the new royal also ran a lifestyle website, designed two clothing collections and had partners on Instagram before deleting her account. Now that she is a working royal, her net worth has most likely increased substantially. 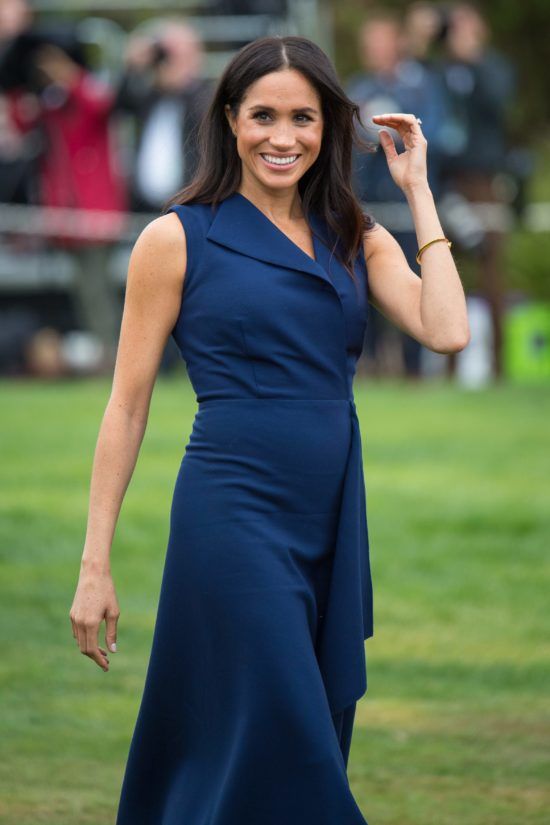 Estimated Net Worth: $20 Million. Zara Phillips is the daughter of Princess Anne, and the eldest granddaughter of the Queen, and although she is without a royal title, she still has an estimated net worth of $20 million. Phillips, who has stayed mostly out of the public eye, is an Olympic equestrian, and while she also has a trust fund, her wealth also comes from a jewelry line, endorsement deals, and other things that the working royals can’t do. In 2011, she married rugby player Mike Tindall and the pair have been living a very comfortable life since. 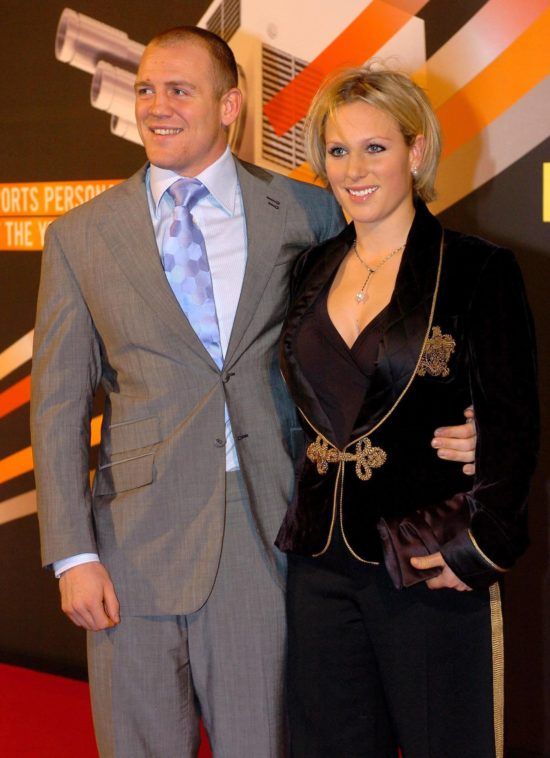 Estimated Net Worth: $5 Million. Princess Beatrice of York is the eldest daughter of Prince Andrew and his ex-wife Sarah Ferguson and while she is technically not a working royal, she is eighth in line to the throne and enjoys the wealth of being a part of the royal family. Princess Beatrice has an estimated net worth of $5 million which in large part comes from a trust fund that was established by their great-grandmother, Queen Mother. She also received a trust after her father and mother’s divorce and she lives rent-free at St. James’s Palace. 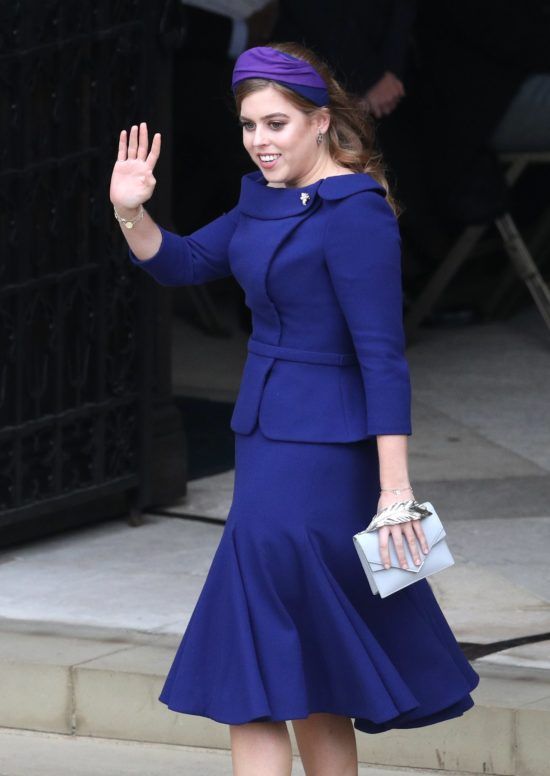 Estimated Net Worth: $5 to 10 Million. Princess Eugenie is the youngest of Prince Andrew and Sarah Ferguson’s two daughters, and while she was already doing well on her own, with her marriage to Jack Brooksbank on October 12, 2018, her wealth only increased. Alone, Princess Eugenie had a net worth of nearly $5 million thanks to her trust funds and perks of being a royal family member. Meanwhile, Jack Brooksbank’s net worth isn’t known, but he is a successful businessman which includes being a brand ambassador for George Clooney’s tequila company, and has a wine merchant business named after him. Together the pair are estimated to have a net worth anywhere between $5 and $10 million. 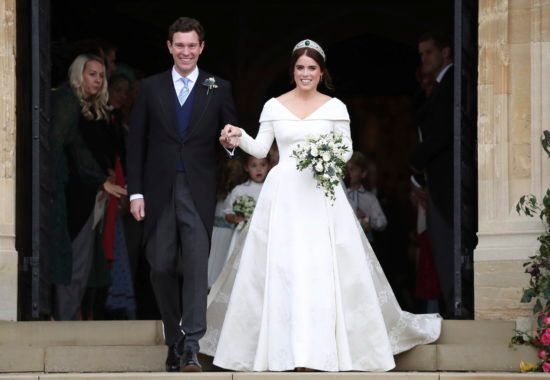 Estimated Net Worth: Undetermined. All it takes is being born into the royal family to have an incredible net worth. While the net worths of Prince George, Princess Charlotte, and Prince Louis are undetermined, they have already generated billions. According to Brand Finance, Prince George has generated just over $3 billion in the British economy, all mostly from what he wears! Any outfit that Prince William and Duchess Kate dress their children up in absolutely flies off the shelves. Because girl’s fashion is much larger than boys, Princess Charlotte is estimated to have made $3.85 billion for the economy. Of course, there are no numbers yet for Prince Louis. 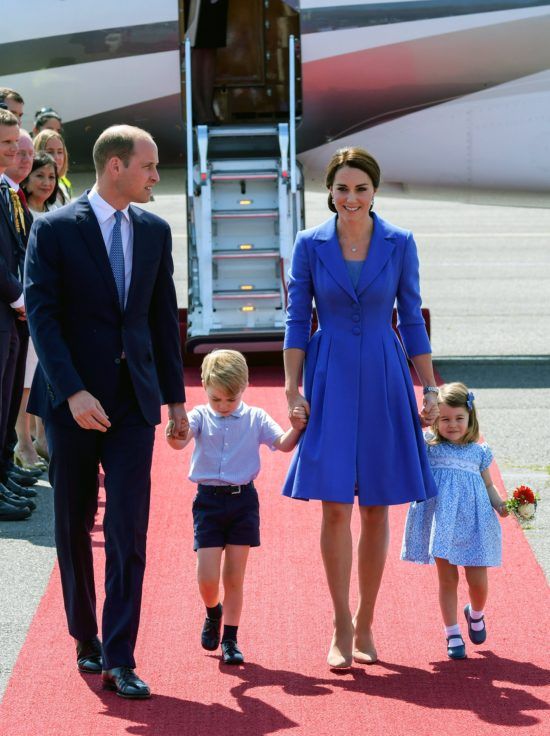 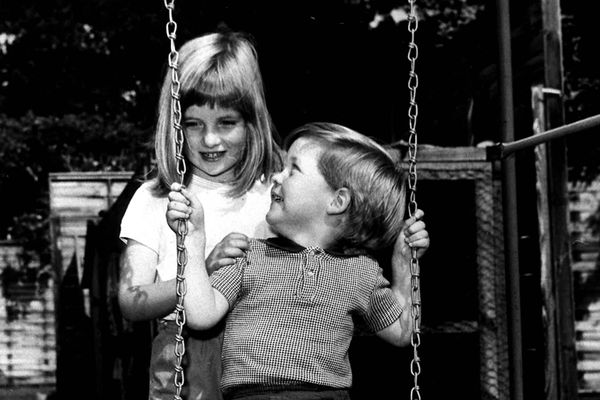 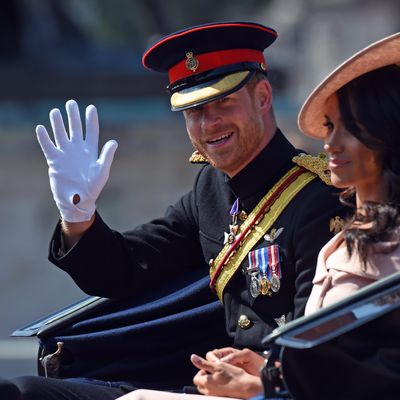