There’s been intense interest in the Middleton family for years. While the family has been living in the spotlight since news broke that Kate was dating Prince William, the Middletons have remained remarkably quiet. We’ve done some digging and have found these interesting facts about Kate’s parents, Carole and Michael, as well her two siblings, Pippa and James:

12. Carole Wanted To Be a Teacher

Kate’s mother Carole wanted to be a teacher; however, her parents couldn’t afford to put her through college. Although she dropped out of school when she was 16, she eventually returned and got her A levels. After finishing school, she worked as a secretary.

Kate’s parents Carole and Michael met in the mid-1970s while they were working for British Airways. She was an air hostess while he was a flight dispatcher. Carole remained an air hostess until the later stages of her pregnancy with Kate. After that, she was looking for employment that would keep her close to home.

While Carole didn’t come from money, Michael did. His ancestors were wealthy wool merchants and his paternal grandmother, Oliva Christina Middleton, left him and his three brothers a trust fund that enabled them to attend private schools.

9. Carole and Michael Own Multiple Properties

The Middleton family is not hard up for cash. The house that Kate spent her teen years in, Oak Acre, was worth a reported £250,000 and her parents bought her and her siblings a flat in Chelsea, London, in cash in 2002 for £780,000. In 2012, they old Oak Acre and purchased Bucklebury Manor for £4.7 million. They also own a string of properties in Bucklebury including houses and commercial buildings.

Carole’s younger brother Gary Goldsmith is no stranger to scandal. In 2010, he was caught on film by undercover reporters from News of the World cutting up a substance that looked an awful lot like cocaine and bragging that he could fix them up with prostitutes. He was also boasting about his connection to Prince William.

Carole founded the family business Party Pieces, a mail-order company that sells inexpensive party paraphernalia, in 1987 in the playroom of their home. The company was a success and allowed them to send their children to private schools; however, it became an even bigger success in 2002 when the company launched its website. Their middle child, Pippa, managed the company’s online magazine.

The youngest Middleton child James dropped out of Edinburgh University after just one year to start his own cake business. In 2007, he launched the Cake Kit Company, which sold DIY kits for festive party cakes. The company dissolved in 2015 along with two of his other companies, Nice Cakes and Nice Wine. He then started a marshmallow business, Boomf, in 2013, but for years it was losing millions of dollars.

5. Pippa Was a Writer

Prior to the royal wedding, Pippa edited Party Times, the online magazine for her parent’s party supplies business. Following the wedding, she was offered a £400,000 publishing deal, which produced her party planning book, Celebrate: A Year of Festivities for Families and Friends. She also wrote a column for The Daily Telegraph that was titled “Sport and Social,” as well as columns for The Spectator, Waitrose Kitchen and Vanity Fair. Since 2016, she has focused more on charity work.

In January 2019, James opened about his struggles with depression in an op-ed for the Daily Mail. “During the day I’d drag myself up and go to work, then just stare with glazed eyes at my computer screen, willing the hours to tick by so I could drive home again,” he wrote. “Debilitating inertia gripped me. I couldn’t respond to the simplest message so I didn’t open my emails.” He went on to reveal that he even contemplated suicide at one point, but ultimately decided to seek help instead. He opened up about his struggles to help tackle the stigma surrounding mental illness.

3. Pippa and James Are Mountain Climbers

Pippa and James have climbed two big mountains. In 2008, they climbed Mont Blanc together and in 2016 they conquered the Matterhorn. Pippa did the climb to raise money for the Michael Matthews Foundation. Michael Matthews was the brother of her husband James. He died while climbing Mount Everest in 1999. He was only 22 and was the youngest Briton to have ever summited Everest at the time.

Both Pippa and James went to Edinburgh University. She graduated with a degree in English Literature while he dropped out after one year. He was studying environmental geosciences and rural resources management and quickly realized that academia just wasn’t for him. Instead, he went on to start his own businesses.

1. They Are a Very Close-Knit Family

The Middleton family is very close-knit. Kate and Pippa have more of a friendship with their mother than a mother-daughter relationship. Even after marrying Prince William, Kate still spends a lot of time with her family at their home in Bucklebury and they still holiday together in Mustique. 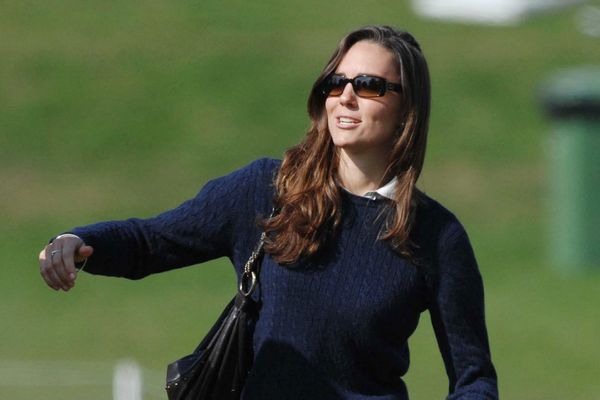