TLC is a far cry from what it was when it was first created in the early ’70s. Back then it was advertised as a Learning Channel for American audiences. In the 1990s, it began losing viewership so they revamped the network to focus more on reality based shows like Trading Spaces, Junkyard Wars and things like A Wedding Story. It was eventually bought by Discovery Communications and is now notorious for airing reality shows riddled with controversy. These controversial shows are a breeding ground for scandal and TLC is no stranger to that as of late! Here’s a look at TLC’s 10 biggest scandals:

10. Derick Dillard Dropped from Counting On

The most recent scandal on this list revolves around Jill Duggar’s husband, Derick Dillard, who appeared on the reality series, Counting On. In November 2017, TLC announced they would no longer work with Derick after he made controversial tweets about fellow reality star, Jazz Jennings. Dillard tweeted: “I pity Jazz 4 those who take advantage of him in order 2 promote their agenda, including the parents who allow these kinds of decisions 2 be made by a child. It’s sad that ppl would use a juvenile this way. Again, nothing about him, just unfortunate what’s on tv these days.” Not surprisingly, this didn’t sit well with fans or the network. Dillard was slammed for purposely using the wrong pronoun when referring to Jennings, who’s documented her journey transitioning from male to female on TLC since she was 5, as a “he.” It didn’t take long for TLC to release a statement in support of Jennings, and to reassure fans the network will no longer be working with Dillard in any capacity.

In 2015, Gypsy Sisters star Mellie Stanley was embroiled in an animal abuse scandal. She reportedly got into a fight with her husband and it got so out of control he allegedly killed her dog. Cops were called to their home on July 10, 2015, to settle a dispute between Stanely and Randall Scott Vuncannon. According to police reports, she was found beaten in the street and told officers that Vuncannon “went crazy, picked up the dog and slung her across the kitchen as hard as he could.” When they entered the house, the dog was found dead in the living room. He was arrested and charged with felony animal cruelty. Not long after, TLC announced Gypsy Sisters was cancelled due to low ratings.

We all remember when the loveable family known as Jon & Kate Plus 8 was introduced on TLC 10 years ago. A lot has happened since then! Ever since their divorce back in 2009, Jon and Kate have both been slinging mud at each other in the press as they tear each other’s parenting skills down and Kate has even accused Jon infidelity. Jon has been seen with several different girlfriends during their separation and since their divorce, including the daughter of Kate’s plastic surgeon, who was 10 years his junior. The show was eventually cancelled and revamped to be Kate Plus 8, but it never drew the same audience it once had when they were a happy family. Their family name has been forever tarnished with bad press. Just recently the Gosselin family resurfaced because one of their sextuplets, Colin, is living away from home at a learning facility. Jon claims he has no idea where his son is and that Kate is withholding information on Colin’s whereabouts from him.

Sister Wives stars Meri Brown and Kody Brown don’t exactly have a “traditional” marriage, but online affairs are definitely not part of the polygamous package. In 2015 it was revealed that Meri, Kody’s first wife of three, engaged in an online affair with someone she thought was a man named Sam. Turns out Meri was being catfished because Sam was actually a woman. Meri was in a fragile state when she engaged in the emotional affair. She and Kody were having trouble conceiving another child, and when his third wife, Robyn, offered to be a surrogate for them, Kody rejected the idea. The whole incident played out on the show as Kody and Meri attended therapy together to work through it, but things got worse when “Sam” created a tell-all book exposing all the information Meri had told her in confidence.

TLC’s Little People, Big World has been on the air for 12 seasons which is pretty incredible! The past 10 years hasn’t been without scandal and a little family drama. There were definitely times when the show seemed like it might be in trouble, like when parents of the Roloff family, Amy and Matt, separated in 2014, or when Matt was charged with a DUI in 2003 (the charges were dropped after he completed a court-ordered program). Nothing has been more bizarre than the family’s youngest son, Jacob, who dropped out of high school and moved out of the family home when he turned 18. Since then he’s spoken out against his family and the show. He claims he was ripped off and never paid for the time he spent filming as a child. He also shared a photo on Instagram claiming he was forced into filming as a child and it was never the life he wanted.

Audrey Roloff married into the Little People, Big World family when she wed Matt and Amy’s oldest son, Jeremy, in 2014. The newlyweds started a blog called Beating 50 Percent devoted to dishing out marriage advice. Readers of Audrey and Jeremy’s blog got all huffed and puffed over the couple exclusively preaching to heterosexual couples. Audrey defended herself in a now deleted comment that said, “We are not claiming to be a resource for same sex marriages…It is not something we agree with…For us, we are FOR opposite-sex marriages that are striving to give more than average to their marriages. To live out the covenant of marriage every day, and to center their marriage around Christ. That being said, know that our content is not written for same-sex marriages, so to say that we don’t offer advice for that side is accurate.” Safe to say this only made matters worse and she’s now become infamous for speaking out against same-sex marriage.

TLC’s biggest headache in the past year has come from the long-running show, 19 Kids and Counting, starring the Duggar family. The world was still reeling from learning about Josh’s past when it was revealed that the former TLC star had paid a total of $986.76 for two monthly subscriptions to the Ashley Madison infidelity site, among other disturbing details. The subscriptions were active from February 2013 to May 2015, when he was married to his wife, Anna, and served as the executive director of the Family Research Council, a conservative lobbying group in Washington. After he was exposed, the father of four released a statement apologizing for being “the biggest hypocrite ever” as he admitted he had cheated on his wife Anna, and developed an addiction to pornography. Not long after this all took place in the press, Josh Duggar checked himself into a “long-term treatment center” and to this day is still married to his wife, Anna Duggar.

Here Comes Honey Boo Boo was a surprising success for TLC. Alana Thompson, also known as “Honey Boo Boo,” rose to fame after she appeared on TLC’s other reality series, Toddlers & Tiaras. The Thompson family was given their own show in 2012 which focused primarily on Honey Boo Boo and her mother, “Mama” June Shannon. Unfortunately, the show only ran for four seasons, from 2012 to 2014. The series was abruptly cancelled when reports surfaced that June Shannon was secretly dating a registered sex offender named Mark McDaniel who was recently released from jail after serving a 10-year sentence. Not long after the news broke, June’s eldest daughter Anna Marie Cardwell claimed she had been molested by McDaniel when she was 8 back when they first dated. Mama June has denied reports of their relationship, even after photos of them together had surfaced. It didn’t matter because TLC quickly pulled the plug on the show.

The Willis Family rose to fame after they competed on season 9 of America’s Got Talent. They were given their own show on TLC called The Willis Family which focused on Toby Willis, his wife Brenda and their 12 children. In August 2016 the Tennessee Bureau of Investigation began looking into the father of the Christian family and found out he had allegedly had a sexual encounter with an underage girl between the ages 3 and 13 in Nashville about 12 years ago. He was arrested on September 9 and extradited back to Tennessee for his pending trial. He was sentenced to 40 years in prison after he pleaded guilty to four counts of child rape on July 11, 2017. TLC really dodged a bullet with this one because they had just cancelled the show a few months prior to his arrest. They also released a statement that the show was not being renewed and they were “shocked to hear the news.”

This was by far the biggest scandal to rock the TLC network and any other show for that matter. In May 2015 it was revealed that the eldest son, Josh Duggar from 19 Kids and Counting, had molested five girls in 2002 when he was 14. A few hours after police reports began circulating the internet, Josh released a statement admitting his fault and assured people he received counselling as a teenager and understood his wrongdoing. TLC quickly pulled all episodes of the show from the air and put the show on hold. Celebrities began slamming the Duggar family who had campaigned against abortion, gay rights and other issues in the past and advertisers severed ties with the family. The next month it was revealed that two of Josh’s sisters, Jessa and Jill, were among his listed victims, and the family remained adamant that the incident was dealt with properly at the time — Josh confessed to his wrongdoing and received adequate counseling. Case closed, according to them. Their damage control didn’t work because two months later TLC cancelled 19 Kids and Counting and their reputation never recovered. To make matters worse, Josh was later exposed in the online Ashley Madison hack. 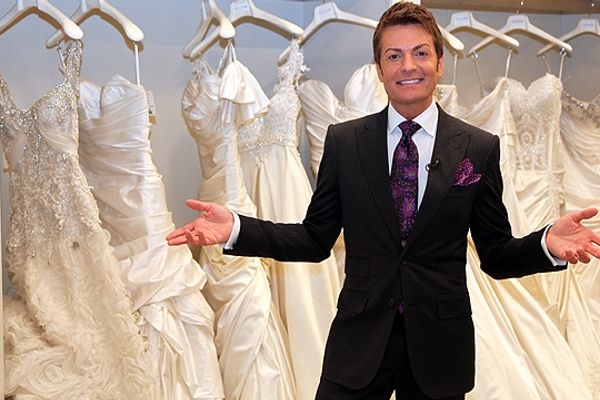