The television industry is cutthroat, and fans have to be very wary of getting too attached to new shows too quickly. Far too many times fans have followed a series only to have it canceled after the first season with no warning, but even worse is when a show carries on for a few seasons but is abruptly canceled due to low ratings and viewers never get the satisfaction or closure from a finale episode, or really any answers at all. Here are 11 popular TV series that were canceled before they could air a series finale:

Given that it is still one of the most talked about teen dramas, it is hard to believe that My So-Called Life only lasted for one season. The series starring Claire Danes and Jared Leto was critically acclaimed for its raw and real portrayal of adolescence, and its positive reception led everyone to assume a second season was on the way. After the season one finale in January 1995, it took four months before the network revealed that they had actually canceled the beloved series, meaning no proper conclusions were given, and fans still have many questions to this day. Now, the series is widely considered as one of TV’s worst cancelations and TV Guide ranked it #2 on its list of 60 shows that were “Cancelled Too Soon.”

Despite being one of the highest critically acclaimed teen dramas during its time on air, and even though it had a very passionate fan base, Veronica Mars is one of the most iconic examples of a series that was canceled without a series finale. Creator Rob Thomas was extremely disappointed that he was not able to wrap up the series and characters the way he wanted, but even more disappointed were the fans who finally were able to fund a comeback with the Veronica Mars movie in 2014.

Over the years, MTV has definitely dominated the reality TV genre with several hit series, but they have also added some great scripted series as well. In 2012, Underemployed seemed like a good fit for the network and its demographic telling the story of five friends all fresh out of college and trying to make their dreams happen. The young and talented cast were convincing and entertaining, but was not so well-received by critics and was brought to an end after only one season. Those who did get invested in the series never got to say goodbye with a proper finale because of the abrupt cancelation.

The 2016 Fall season of TV saw the introduction of several new shows from the big networks, and Fox seemed to have something promising in Pitch. Starring Kylie Bunbury and Mark-Paul Gosselaar, the series told the story of the first female to play in Major League Baseball, and those who got hooked on the story were left with many questions following season one and it was assumed there would be a second season to answer them. Instead, after a long five months, Fox finally announced that Pitch had been canceled and there would be no answers and no series finale.

The canceling of NBC’s Heroes has gone down as one of the most angering series cancelations in recent TV history. Fans of the series which debuted in 2006 before coming to an abrupt end in 2010 enjoyed four seasons of the show before, on the fringe of a possible fifth season or a cancelation, the latter was chosen. After four seasons and with great ratings, not to mention many awards and accolades, the one thing the show and fans deserved was a proper swan song, but none was given and is often referenced in pop culture with a good portion of one episode of The Big Bang Theory focusing on Sheldon Cooper harassing the network to bring the series back. While fans were eventually given Heroes Reborn in 2015, it still wasn’t a proper goodbye to the original and original stars.

Unfortunately there was no tomorrow for the CW’s No Tomorrow after a very promising start. The unique series followed a woman who becomes involved with a “free-spirited” man who encourages her to make a list of things she wants to do before the world ends, which he says is coming in eight months. The series got relatively positive reviews from critics and fans alike and was one of the most anticipated new series of the 2016-2017 season, so it was a huge surprise when it was canceled and the season one finale became the unknown series finale. In a bit of an effort to make fans happier, The CW did offer an epilogue after the cancelation in an attempt to make up for the lack of a series finale.

Before its debut, Terminator: The Sarah Connor Chronicles seemed like one of the most promising shows to hit TV when it premiered in 2008, but despite the major fanbase for the Terminator franchise, the series had a hard time finding stable ratings through two seasons. Unfortunately, with no word of the series not returning before a third season, the second season finale became the series finale and it was hugely problematic for fans because of all the questions it left unanswered. With no series finale, there have been many fan-run attempts to revive the series, but nothing has come from these campaigns to get a real finale.

Back in the ’90s, Dean Cain took on the iconic role of Clark Kent/Superman and Teri Hatcher starred as Lois Lane for ABC’s Lois & Clark: The New Adventures of Superman. Fans took to the series and things were going well through four seasons, and a fifth season was announced by ABC, but to everyone’s dismay, after ratings fell further, the network changed its mind. Absolutely no one was prepared for such a sudden cancelation after four seasons, and dedicated fans were extremely frustrated by the fact that after so much time they never got a proper series finale, especially after the huge cliffhanger that season four left off with.

After the phenomenal success of HBO’s Sex and the City, it seemed that a prequel would have no problem finding a fanbase, but that is exactly what happened. Only four months into the first season in 2012, things seemed promising for The Carrie Diaries when a second season was already announced, but the series was doomed. Months after season two came to an end, The CW announced that The Carrie Diaries was canceled, meaning the show had no way to release a proper finale. For those fans who did enjoy the series, it was bittersweet to be only left with two seasons and no conclusion.

In November 2016, MTV aired its most poignant and unique scripted series ever with Sweet/Vicious. The series followed two college women’s acts of vigilante justice against those who had committed sexual assaults. Starring Eliza Bennett and Taylor Dearden, the series was dark yet humorous and, most importantly, brought to the forefront very real issues concerning how sexual assaults on college campuses are dealt with. Aside from a great premise and fantastic cast, the series also offered romance and intrigue, but in April 2017, despite pleas from fans to continue the show, MTV announced that it had been canceled. The series one finale was poised for a season two, meaning there was nothing but cliffhangers and a lot more to the very important story to tell.

It goes without saying that the 1999 teen series Freaks and Geeks is one of the most mourned TV show losses of all time. With minds like Paul Feig and Judd Apatow behind it and an extremely talented young cast including James Franco, Seth Rogen, Linda Cardellini, Busy Philipps, and Jason Segel, the series ended up becoming loved by critics and fans alike. Despite being named one of Time magazine’s “100 Greatest TV Shows of All Time” and one of TV Guide’s “60 Greatest Dramas of All Time,” the series was canceled after only 18 episodes and no one saw it coming. The first season had set up future plot lines for all of the characters, but fans never got to see those storylines come to fruition, and the series ranks at #1 in TV Guide’s list of shows that were “Cancelled Too Soon.” Over the years Paul Feig and Judd Apatow have opened up about their fights with the network and why they disagreed on the series, and Apatow added, “Everything I’ve done, in a way, is revenge for the people who canceled Freaks and Geeks.” 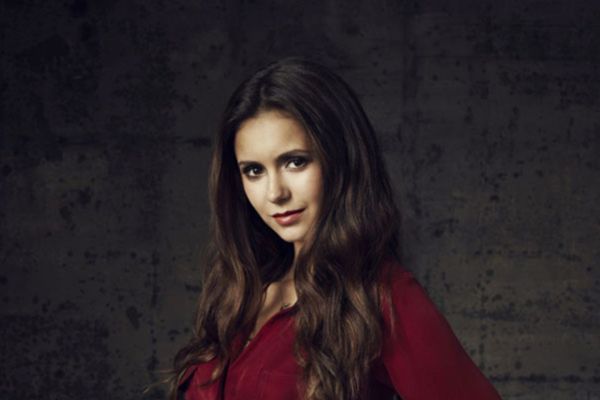