The cast of Vanderpump Rules is constantly feuding. It doesn’t matter if they are the best of friends one season because the next they could be mortal enemies. Some cast members are able to work it out and move beyond the pettiness; however, others are just not willing to let it go. We have the 9 biggest feuds to hit Vanderpump Rules – check it out!

Kristen and Lala began feuding after Jax told her that her loathsome ex boyfriend James cheated on her with the aspiring model. Since then, these two have had difficulty being in a room together and it’s only going to get worst in season five. Their feud is probably one of the most pathetic since it began over a guy who was not worth fighting over.

At the end of season two, it really seemed like Jax and Tom Sandoval’s friendship was really over. They had it out over the fact that Jax had slept with Tom’s girlfriend Kristen and, on-camera, Tom attacked his friend, leaving him with a bloody forehead. At the time, he was adamant that he and Jax would never be friends again but, by the time season three aired, it was clear that they had put it all behind them.

Kristen and Stassi had a major falling out after it came out that Kristen had slept with Stassi’s ex Jax, which ended with Stassi hitting Kristen in the face. Over the course of the third season, the feud continued, mostly because Stassi couldn’t let go of her former friend’s betrayal. During season four, however, the two made amends and Stassi even briefly moved in with Kristen. Now these two are friends again and it’s like nothing ever happened!

Scheana have been feuding on and off since season one. Initially, Stassi wasn’t a fan of her co-worker because she dated Eddie Cibrian when he was married to Brandi Glanville. While these two ended up becoming friends when Kristen and Katie turned their backs on Stassi during season one for dumping Jax for Frank, they had a bitter falling out during season three. According to Stassi, Scheana showed a sexual video that Stassi sent Frank to her co-stars and friends at SUR and she was trying to help Frank sell it. During season four, however, they made peace. They discussed their issues and Scheana refuted that she tried to help sell the tape and instead tried to stop Frank from doing so.

Stassi and Katie were the best of friends until Katie attended Scheana’s bachelorette party during season three. Once Katie made amends with Scheana, Stassi abandoned her best friend. At the time, Stassi explained that this was because she felt betrayed by Katie, who knew about Scheana’s involvement in Stassi’s sex tape drama. Katie was left heartbroken by Stassi’s decision to end the friendship so, when Stassi came around during season four after her breakup with Patrick, she wasn’t exactly eager to mend the friendship. It took a lot of groveling on Stassi’s part but, by the end of season four, they were friends again.

Stassi and Laura-Leigh were never good friends, but they were friendly enough that, when Laura-Leigh started dating Jax, Stassi felt betrayed. Laura-Leigh had no idea what she was in for, as Stassi sent her a number of threatening texts. The feud continued even after Jax dumped Laura-Leigh so that he could try and get back together with his ex.

James and Tom Sandoval have been feuding since he hooked up with Kristen behind Tom’s back. Before this, James and Tom were good friends. They were in a band together and would hang out regularly. In fact, after Tom’s breakup with Kristen, James was supposed to move in with him, but that came to a halt when Tom walked in on them hooking up in his bed. Through most of season three, James and Tom would fight regularly and, on one occasion, it came to fisticuffs.

During season one, Frank made a conscious effort to break Stassi and Jax up while at the same time pretending to be Jax’s friend. He finally succeeded in breaking them up when he told Stassi that Jax had cheated on her and impregnated some chick in Vegas and then gave her money for an abortion. Stassi promptly broke up with Jax and started dating Frank, but that only further fueled the feud between the two men. It all came to a head at Stassi’s birthday party in Vegas when an uninvited Jax showed up at her birthday party and proceeded to get into a fight with Frank. Jax never forgave Frank for telling Stassi about the girl he knocked up in Vegas and probably still hates him to this day.

Kristen and Ariana have been feuding for years now. It all began a few years before Vanderpump Rules started and it centers around Tom Sandoval. When Tom and Kristen were together, she always saw Ariana as a threat. Tom worked with the blond beauty at Villa Blanca before he worked at SUR and their close friendship always made Kristen uncomfortable. Eventually – after years of both Tom and Ariana lying – it came out that he had cheated on Kristen with Madix, which brought their feud to another level. When Tom dumped Kristen for Ariana after learning that she slept with Jax, Kristen hated Ariana even more. Throughout season three, she constantly tried to sabotage their relationship but, in season four, she began to realize the error of her ways and tried to make amends with both Tom and Ariana. Only time will tell if this feud is really over cause, as far as we know, Ariana still hates Doute with a passion. 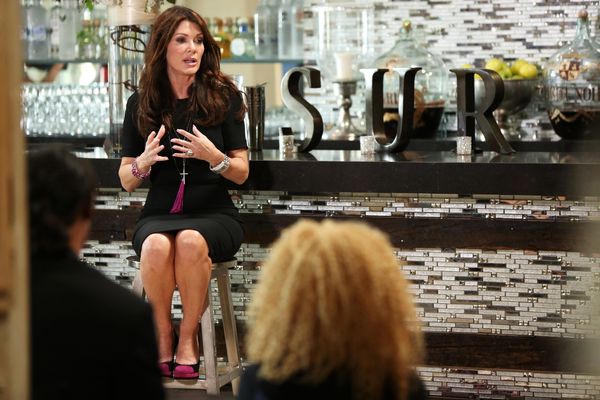