Bravo’s Vanderpump Rules is everything we love about a reality show: it’s trashy, it’s over-the-top dramatic, and it has outlandish characters. One of the show’s best characters is Stassi Schroeder – an unapologetic, intense, and manipulative woman who always keeps her friends and lovers on their toes. Stassi is never afraid to speak her mind, even though we’re often horrified by the things she says. We’ve rounded up 10 of Stassi’s best quotes that show just how outrageous she is!

At the beginning of season 1, Stassi tries to convince viewers that she’s a classy and proper woman. Unfortunately, she isn’t very successful. Still, she insists that she comes from royalty: “My mom’s always told me that I’m a descendant of a Swedish princess. So I try and act like one.”

Hey, I thought princesses don’t have to wait in traffic. Better clear up quick, because this chick wants her cranberry sauce… Turn off the new Adele (that shit’s depressing), & force your family to listen to #straightupwithstassi instead.

9. She Loves Her Beach Days

In the first season, Stassi and her boyfriend Jax have a rocky relationship. Eventually Stassi cuts Jax loose, after which one of her SUR co-workers, Laura-Leigh, swiftly moves in to hook up with him. Stassi is more than a little upset: “You really are going to bang my ex boyfriend, and mess up my beach day and tan? Really?”

How cute is my @shopprimadonna hat! #vacayootd A photo posted by Stassi Schroeder (@stassischroeder) on Apr 21, 2014 at 7:22am PDT

Stassi has the creepy ability to create violent descriptions of what she wants to do to her foes. And we’re not convinced they’re just metaphors: “I normally would’ve literally ran across that float with daggers, and not only stabbed you both, like, 40 times, but then thrown you off, tarred and feathered each of you, beheaded you, and quartered your bodies, and dragged them through the city of West L.A. on a disgusting truck.”

Stassi’s morbid descriptions are a recurrence on the show, and serve as a reminder to never get on her bad side: “I literally want to come at them with daggers and chop their faces and hide them in the walls.”

Stassi’s relationship woes are a central theme throughout the entire first season. She flips between Jax and Frank, but neither pairing works out well for her. Upset about the state of her love life, she says, “Two breakups in one summer…God is literally trying to kill me.”

So much to be thankful for. I, for one, am thankful for selfies, Facetune & the ability to put multiple filters on one photo; making me seem more attractive than I am in real life. A photo posted by Stassi Schroeder (@stassischroeder) on Dec 24, 2015 at 12:16pm PST

Throughout the show we see Stassi giving several people a swift tune-up. At one point she informs Jax that he’d be a fool to cross her: “I am the Devil. And don’t you forget it.”

Not surprisingly, the sex-crazed Jax doesn’t listen to Stassi’s advice. Frustrated with his slew of lies, Stassi informs her friends, “I will cut his d–k off, put a chopstick in it, go to the little Chinese spot, and fry it up with some fried rice.”

Answer: Vanderpump Rules. Hold on to your wine glasses. I’m back, bitches.

3. She Has Her Priorities Straight

In season 2, episode 9, Stassi is assigned as a server for Lisa Vanderpump’s dinner party with friends. The guests’ fussy palates and elite attitudes prove too much for her patience. She tells her friend Katie, “I’m about to kill me some rich b-tches. That’s all I’m saying. And then I’m gonna steal their handbags.”

2. She Wants To Go To School

With her expensive taste in fashion and accessories, Stassi likes to rely on others to get the things she wants. And she’s willing to go to whatever measure she needs to in order to keep the money coming in: “My parents cut me off when I graduated from college. I used to get a pretty good amount of money a month from my father. He always said, ‘I will give you money while you’re in school.’ This is why I want to go to grad school.”

Father daughter time at the Ivy. A photo posted by Stassi Schroeder (@stassischroeder) on May 5, 2013 at 2:08pm PDT

1. She Understands The Social Ladder

Near the end of season 2, the SUR crew heads to Cabo to party for Stassi’s birthday. During the trip, bar manager Peter gets called up onto a stage to judge a wet t-shirt contest that is more than a little raunchy. Stassi provides a hilariously insightful breakdown of where the contestants fit on the ladder of sleaze: “There is a skank hierarchy. Hookers, strippers, wet T-shirt contest people.” 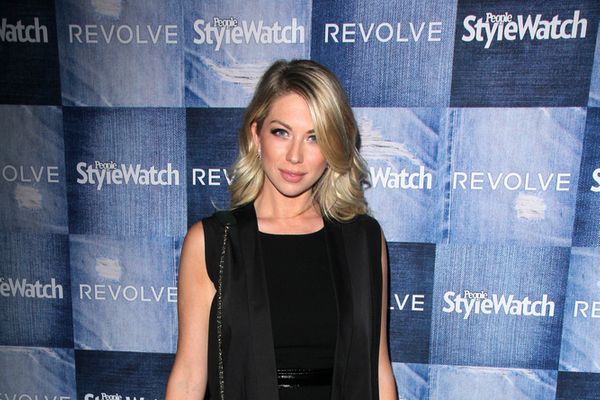