What Not To Wear: Behind The Scenes Secrets

The TLC show What Not to Wear was a huge hit back in the early 2000s and it lasted for a whopping 10 seasons! That’s quite an impressive feat! The U.S show on the TLC network was based off an original UK version created back in 2001 by the same name. It ran from 2003 until March of 2013 when it was announced the show would end after the tenth season. Hosted by high profile fashion consultants, Stacy London and Clinton Kelly, each episode features participants nominated by their friends or family to receive a full wardrobe makeover with the spending limit of $5,000. It’s only been three years since the series ended, but we’re still interested! Here’s a closer look at the series with 7 behind the scenes secrets from the show!

7. Clinton and Kelly Aren’t Around that Much

Some participants who’ve gone on the show have stated that Clinton and Stacy were around to help throughout the entire two-day filming process; however, there have been others who’ve said that they got most of their help from personal shoppers and stylists. One contestant who was particularly vocal about it was Casey D., who was portrayed as the Philly trans firefighter on What Not to Wear back in 2013. She claimed that while Stacy and Clinton were extremely nice, there wasn’t much interaction. “What you saw on camera was pretty much my entire interaction with [Stacy and Clinton]. There was very little off-camera interaction. It wasn’t like they were avoiding me, they just wanted them to give genuine, fresh reactions to how I looked,” said Casey.

6. The Clothes are Mended and Tailored Ahead of Time

Ever wonder how the participants go into these clothing boutiques and every piece of item they try on fits perfectly? In the real world, it doesn’t happen like that! There’s a lot more trial and error. While the contestants do go to real stores and pick out real clothes, the outfits are tailored and mended to fit them perfectly so that when they are filming there’s not much wasted time. All of this cutting and sewing just isn’t shown on camera.

5. The Days are Long

Like many shows in general, especially reality shows, there’s a lot that goes on behind the scenes and the filming process is so much longer than what is seen in the final edit. Often times hours and hours of footage that are shot is whittled down for a few minutes. Contestants have to say things over and over again until they get the perfect shot. “Every day was epically long. Day one was watching the secret footage they filmed of me hanging out with friends in my neighborhood looking like an absolute lazy schlub. I then had to model my regular wardrobe for Stacy and Clinton and spend some quality time in the show’s patented 360 mirror, while being flanked by two gorgeous, tall, TV-ready people, to really make you feel ugly. But this is how the show works: they break you down in order to build you up,” said former participant, Jules Gerstein.

Each episode follows the same format where the participant goes shopping on their own with their $5,000 spending limit — or so it seems. In reality, they aren’t alone. They are given an envelope of spending money and are accompanied by an assistant who keeps track of all their spending. Former contestant Addie Broyles said the card that was shown on air given by Clinton and Kelly was actually fake. “To viewers, it appears as though I’m shopping solo on that first day, but I was actually accompanied by a small posse: the assistant with the cash, another production assistant with a camera, [and] a producer,” said Broyles. The money they are given to spend is actually the contestants own cash, so they get final say in not only what they want to buy, but also how much they want to spend. They could potentially pick out one belt and then say “I’m done” and walk away, of course this would ruin the show and that episode would never go to air. According to executive producer, Michael Klein, contestants are strongly encouraged to stay within their $5,000 limit: “anything that is left over is theirs to keep. I think the most anyone has ever had left is $29.37.”

Many participants have also said that, even though $5,000 seems like a lot of money to spend on clothes, in reality, it’s not that hard to spend five thousand dollars at a few high-end boutiques in New York City. Among some of the important things that aren’t spoken about on-camera is the fact that there are additional costs for contestants aside from simply purchasing the clothes. TLC puts contestants up in a swanky hotel for a week, but things like tax and tailoring are out of pocket expenses. Contestants actually have to pay tax on the money they spend, so in some cases, it could be up to $2,000 on taxes alone. They also have to pay for any tailoring from a seamstress, as well as hair and makeup.

Many contestants have a hard time when Clinton and Kelly bust into their wardrobe unexpectedly and toss away anything and everything they don’t like. Klein said clothing that is worn and used is thrown in the garbage while other clothes that are simply ill-fitting are given to charity.  He also said contestants are allowed to keep a few sentimental things that they really don’t want to give away, and when filming wraps up they are allowed to go through the bags of their old clothing and pick anything out they really wanted to keep. Most of the time, once they’ve revamped their wardrobe, they don’t want any old clothes back.

The show has one major secret that it wouldn’t want any viewers to know! Their biggest and dirtiest secret is that they actually use a personal shopper who gets paid to pull things off the racks and tell contestants what would look good on them. This is a great thing for participants who need the assistance while out shopping on their own, but it makes London and Kelly look bad considering they are supposed to be the helping hand and driving force behind the show. “My personal shopper [who never appeared on screen] is the person I spent the most time with. I learned more from her than anybody else,” said Casey. Another former contestant Broyles said her biggest takeaway from the show was due to her personal shopper: “I learned more about clothes from power-shopper Jess, my stylist, than London and Kelly combined.” 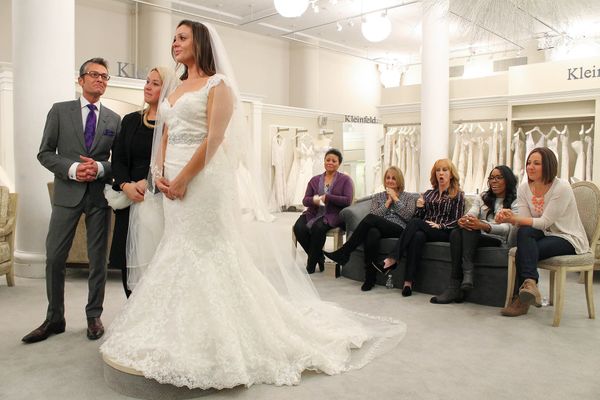