Young And The Restless’ 13 Most Disappointing Deaths Of All Time

Just like in life, soap opera deaths are inevitable. This doesn’t make them any easier for fans of daytime drama, especially if the death involves their favorite character on a favorite show. Soap opera deaths can be shocking, surprising, and often times, devastating. Below are 13 of The Young and the Restless’ (Y&R) most disappointing deaths of all time.

Blade Bladeson was a beloved Y&R character in the 1990s that had a grand love affair with Ashley Abbott. Sadly, an evil twin would be the beginning of the end for Blade, as his brother Rick held him captive for a long while and ran around impersonating him. The two played the old twin switcheroo game for a while until Blade’s car was hit by a train, killing Bladeson. Ashley was so devastated by the entire ordeal she left Genoa City for a while and spent some time in Paris grieving the loss of her love.

The silver-lining around this death was that Winters was presumed dead in 2005, but showed back up in Genoa City in 2009 very much alive. However, the events leading up to his death and final passing (so we all thought) were just awful. Neil and Malcolm were falling for the same girl and Malcolm had overheard half of a conversation where Alex (the lady in question) claimed she had feelings for Neil. Upset, Malcolm had a fight with Neil and then got into a car accident where a bridge fell on top of him. Nobody at that point in time was found. Neil was guilt-stricken. He turned to alcohol and Alex left town. Y&R fans were shocked and outraged.

Adam Newman has died more than once over the years, but his 2014 car accident was a huge disappointment for Y&R audiences. Fans had developed a love-hate relationship with Adam Newman and while he was a villain on the show, viewers loved Michael Muhney’s portrayal of the character. When the news spread that Muhney had been let go from the Y&R, producers faced a huge backlash from fans. Then Adam’s body was found after the crash, and Y&R viewers were disappointed to find out that the writer’s decided to kill him off. Good news is that Adam did return from the dead a few months after, only to get axed off once again two years later.

Speaking of Adam, when his sweet mother Hope passed away in 2008, many fans mourned the loss of an incredible Y&R character. Hope was a staple on the show in the 1990s, and after she left Genoa City she appeared now and again for certain storylines. In 2008, Hope informed Victor she was terminally ill, and he headed to Kansas to say his goodbyes to a woman he loved very dearly over the years. Victor’s farewell to Hope and reunion with son Adam was a highly-emotional storyline that helped further shape the idea that Victor wasn’t entirely a corporate monster after all.

Drucilla was a Y&R fan favorite in her heyday and shared an incredible romance with Neil Winters. The irony around Dru’s death in 2007 was that she was trying to defuse a fight between Phyllis and Sharon (during a photo shoot) when she plunged down a cliff. A body was never found, so that does always open a door for a return. Stranger things have happened in the land of Genoa City.

Wife to Victor and BFF to Victoria, Sabrina had a short-lived stint on Y&R but made a huge impact. The love she shared with Victor was compelling, and the idea that he wanted to build another family with her was a testimony to how fond he was of the young lady. Sabrina’s death in 2008 was disappointing on so many different levels. The incident was sudden and shocking, and the fact that she was carrying Victor’s child made it that much more tragic.

Courtney Sloane died in 2015 and was really a victim of knowing too much. She was killed by her boss Detective Harding when she learned he was a crooked cop and working for drug lord Marco Annicelli. What made this death so disappointing is the fact that Sloane was killed in her wedding dress, moments before she was supposed to marry the love of her life, Noah Newman.

Sage’s death was not only tragic but shocking as well. After months of trying to find out what really happened to her baby, then realizing that baby Sully was her son all along, Sage got into a car accident on her way to telling Nick the truth. Watching Sage pass away while holding her son Christian in her arms was a disappointing and saddening way for this story to end.

The patriarch of the Abbott clan, John was a much-loved Y&R character and had a heart of gold. The older man was sentenced to seven years in prison after killing Tom Fisher and just as he was set for early release, he suffered a stroke and died. Disappointing and surprising for many Y&R audiences as John Abbott had become a staple character within the show for many years. The only good news is that John still does visit Genoa City now and again in ghost form to help guide his family and friends when they are going through tough times.

With Colleen’s dad Brad only dying months earlier in 2009, her death was sudden, unexpected, and devastating. She was a young girl with so much life ahead of her and no one saw her dying anytime soon. However, when she was kidnapped by the insane Patty Williams, Colleen ended up passing away exactly the way her father did, by drowning. To add to the emotion, her heart was given to an ailing Victor Newman, who was in desperate need of a transplant. It took a very long time for viewers to get over Colleen’s death.

Speaking of Brad, his death rocked Genoa City and the Y&R in February 2009. Don Diamont, the actor that played Carlton, had become a permanent fixture on the show since the 1980s and the character was truly a legendary one on the Y&R. Which is why it was surprising that writers chose to kill Brad off in such a final manner, with little room to allow the character to come back to the show. Brad ended up passing away as a hero: he drowned in a frozen lake trying to save Noah Newman from that very same fate.

No one likes to see a child suffer at all, so the scenes that involved Cassie Newman, lying in a hospital bed fighting for her life were a hard watch for many Y&R viewers back in 2005. Cassie was involved in a car crash, and at the age of 14, Y&R fans everywhere got emotional watching that final scene between Cassie and her parents Nick and Sharon. The teen girl would say goodbye and promise them both that it wouldn’t be long before they welcomed another little girl into their family. Cassie’s death was disappointing not only because two parents’ loss their child, but the aftermath of her passing would rock Sharon, Nick, Phyllis Summers, Danny Romalotti, Jack Abbott, and the entire Newman clan for years to come.

Delia Abbott’s death in 2013 felt very much like a déjà vu for Y&R fans. Much like Cassie, Delia was involved in an accident, except this time around it was a hit and run. Dad Billy ran into the grocery store to grab some ice cream to celebrate his daughter’s amazing performance in her school’s play of the Wizard of Oz. Delia would leave the car to check on her dog and get hit by Adam Newman. The child had just survived cancer the year before and fans were shocked when Delia passed away. Watching Billy’s guilt over leaving her in the car, Victoria’s guilt over asking for ice cream, and Chloe (literally) losing her mind, was an emotional watch for many fans. 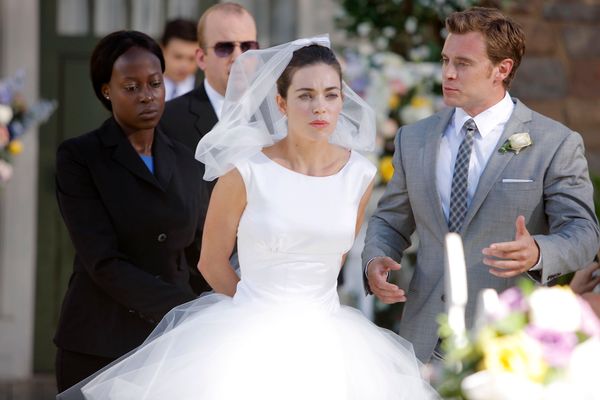