The land of Genoa City is a diverse one with many different characters that spill out of this larger-than-life fictional small town. You have those strong and powerful corporate types, vying for the top spot in the cosmetics’ industry. You have your socialites, who are busy planning all the big gala events, as well as heroes and heroines, schemers, lawyers, criminals, cops, and those characters that go a little psychotic at times. The good, the bad, and the ugly are all portrayed on the Young and the Restless (Y&R). While there are some strong characters, there have also been some terrible ones over the years. As such, below is a seven list of the worst Y&R characters of all time.

Austin entered Genoa City in the spring of 2014 and was a seemingly nice guy. While he caught Summer Newman’s attention, the good guy turned bad when he held her Aunt Avery hostage, as he felt she was responsible for his mother’s death. Alas, he was a little messed up, but was given a second chance by everyone who was close to Summer. Despite the fact that Travers clearly had issues, the character lacked a tremendous amount of depth, considering the storylines he was embroiled in. No shocker here, he wound up dead in 2015 as a part of a ‘Who Dunnit’ storyline that involved drug lord Marco Annicelli.

Could’ve been the acting with this one, but Courtney was a horrible character. She was a good person, but seemed a little too immature to be an undercover cop and maybe a little giggly with Summer Newman to be taken seriously. Alas, while she was involved with Noah Newman, her character played a secondary role when it came to storylines and Sloane, along with Austin Travers, fell victim in the murder storyline that revolved around Jack Abbott’s doppelganger, Annicelli.

One would think that an evil cult leader that lies and manipulates would be considered a force to be reckoned with in Genoa City, but the sad truth is, Ian Ward is anything but. He entered Y&R in 2014 as part of a storyline that revolved around Dylan McAvoy and his true paternity (which also involved Nikki Newman). Ward also dabbled in the plot which involved Sharon Newman and the reveal that she had another daughter in Mariah Copeland. Not sure if it’s because Ward does not fit the stereotypical image of a cult leader, but when push comes to shove, he doesn’t really seem that dangerous … or crazy for that matter.

When Mariah entered the Genoa City scene at first, her character was quite intriguing. Whether that is because audiences wondered if she was Cassie, or because she was interesting to watch due to her manipulative ways. Nowadays Mariah is dull at best. Her storyline with Devon is a nice change, but she’s lost her ‘edge’ over the months.

Speaking of Mariah, her half-brother Noah is no better and lacks any luster. The sad thing is, he’s a good guy and a good friend, boyfriend, son, and brother, but there is absolutely no depth to this character whatsoever. Audiences know he will always do the ‘right’ thing at the end of the day. He’s handsome, and sweet – but in a lot of ways all these character traits make him so boring.

In the world of soaps, anyone can turn crazy in less than five seconds, but in a lot of ways this was the downfall for Kelly Andrews. She had an interesting storyline when she first hit town in 2013, but when the role was recast to Cady McClain, things went downhill. McClain is a very talented actress on all fronts, but the Andrews character took way too much of a character shift. It’s sad because Andrews had a ton of potential, but became quickly disposable. Many Y&R audiences are thankful that Kelly is no longer a part of Genoa City.

It has to be hard to be linked to both the Newmans and Abbotts, making it a very difficult task to fall in love with anybody in a town where most people are relatives. The Abby Newman character is brutal and not because it’s hard for her to find love interests. She’s spoiled, harbors issues with her siblings, and despite how hard she’s working at Newman, it’s difficult to take her seriously. A new love might help to loosen her up, but she still remains one of those one-dimensional soap opera characters. She’s not overly good, definitely not a schemer, but one that is hard for Y&R fans to get attached to. 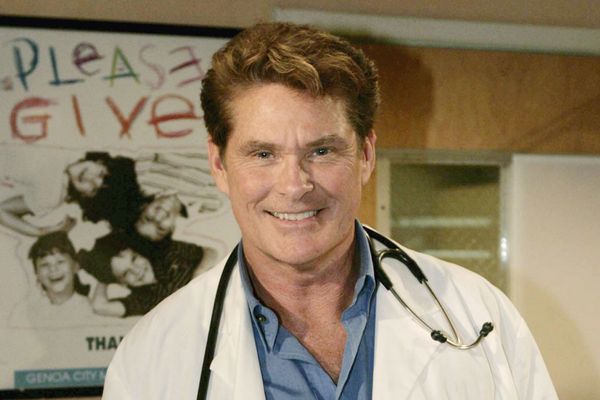 Hollywood Stars You Forgot Were On The Young And The Restless