What exactly is Nikolas up to when he decides to “teach” Spencer a lesson? Will Cassadine go too far? Will the fallout mean that Ava stays with Nik or proceeds with the divorce? How will Drew Cain make an appearance this week? How will Cain’s return affect the Sante romance? So many questions in the land of Port Charles, so few answers! As such, below are some General Hospital (GH) plotline predictions for August 16th to August 27th, 2021.

Sounds like Nikolas wants to give Spencer a taste of his own stalking medicine; however, is this the right way to parent? GH spoilers for the week of August 16th imply that Spence’s party at Wyndemere will go very wrong. Sounds like the teens will begin to notice they are being “stalked” by some unknown person.

Could someone get hurt in the mix? If Cam, Joss, Trina and Spencer believe someone dangerous is in the mansion, they could do something over-the-top to defend themselves. No one could blame these teens if they ended up throwing Nik off the parapet, or stabbing him with something. What’s worse is someone other than Spencer or Nikolas could get hurt in this dangerous lesson of fatherly discipline.

GH spoilers imply that Laura will dish out some “tough love” to her son in the coming days. Sounds like in an effort to teach Spence a lesson, Nik will cross a line. If someone gets hurt, then the blame lies on Nikolas, not his teenage son. Laura will likely remind Cassadine that parents should act as role models. Not being honest with Spencer was what caused him to become Ava’s stalker in the first place. Nik should’ve simply come clean with his son about what he found out, so they could move forward.

9. Ava Will Be Turned Off

If Trina gets hurt in the crossfire of all this, Ava will be livid. It may also completely turn her off of Nik, and she could move forward with the divorce. Like Laura, she’ll believe that instead of playing more games, Nik should’ve confronted Spencer about what he learned. Trina is close to Ava, and if she believes that Nikolas put her in harm’s way, she won’t be happy with him.

8. How Will Drew Cain Debut?

Drew Cain is likely locked up in some prison, whereabouts unknown. Some photos that were recently revealed on social media indicate there’s a good chance that Cain is being held hostage somewhere, and looking to escape. Sam is set to receive an odd phone call this week; however, as the days progress, it sounds like she’ll know it’s her ex. She will realize he’s alive.

Drew will somehow make it to a phone this week and call Sam. From the conversation (or whatever she hears), she’ll know it’s him and turn for help. She’ll recruit Curtis, Anna and possibly Jason. McCall will be relentless in her pursuit to find Cain. While they weren’t romantically linked before he left Port Chuckles, she had feelings for him, and he is Scout’s dad.

If Drew re-enters the Port Charles scene, this may have Sam thinking of the future. GH spoilers for the week of August 23rd do indicate that Sam might ponder the idea about her ex still being alive. Could she place romantic plans with Dante on hold? She may become too preoccupied with finding Drew to think about anything else.

Over in Nixon Falls, GH spoilers indicate that Nina will see someone familiar during the week of August 23rd. As Lenny passed away on Friday’s episode, could someone from Port Charles who knows him (or Phyllis) decide to come to the man’s funeral? How will Nina be able to hide “Mike”, if that’s the case? She’ll be scrambling that week!

This is a hard one to call. Could Valentin decide to come to Lenny’s funeral if he sees something in the paper? Maybe Maxie is floating through Nixon Falls on her way back to Port Charles, and runs into Nina? Perhaps Harmony knows Phyllis through their healthcare careers and comes to say goodbye and support a colleague. Would Harmony recognize Sonny?

3. “Mike” Will Start To Get Flashbacks

“Mike” felt a familiar emotion when Lenny passed away on Friday. Will he start to get “flashbacks” over the next couple of weeks? Will he share what he “sees” with Nina? “Mike” is desperate to keep Reeves in his orbit, and now that she’s back in Nixon Falls, he’s on cloud nine. He doesn’t necessarily want to remember his past life at this point. Will he try and suppress memories from surfacing?

2. Good News For Liesl and Britt

Meanwhile, GH spoilers for the week of August 23rd note that Britt and Liesl will be given some news that will make them both smile. Could this be about Westbourne’s Huntington’s disease diagnosis? Maybe Britt learns she’s expecting? That would certainly make Obrecht smile! But would Westbourne be overly happy about it?

This coming week, GH spoilers state that Chillow will have a bittersweet moment. Added teasers for the week of August 23rd suggest that Willow will “be honest” with Chase. Does Chase make strides in his recovery over the coming days, enough so that Willow tells him the truth about her and Michael? Maybe she’ll just breaks things off with Harrison, letting him know she planned to on the night he ended up in the hospital. What will Chase’s reaction be? Will he let her go, or keep her tied to their marriage? Will he tell her that he already knew about her and Michael? 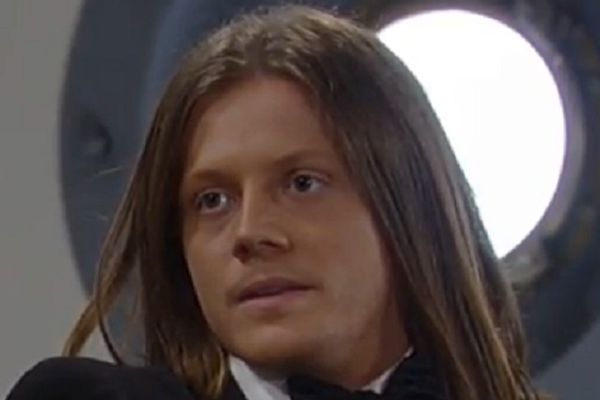