Things continue to heat up in the land of Port Charles! What could happen in the next two weeks? Nina will head back to Nixon Falls, so could she and “Mike” solidify their relationship during her visit? Meanwhile, will BLQ tell Valentin the truth? Could Chase catch Michael and Willow in a moment? There’s nothing General Hospital (GH) fans love more than speculating on storylines! As such, below are some GH plotline predictions for July 19 to July 30, 2021.

GH spoilers hint that Nina will head back to Nixon Falls this week. She’ll want to be there for Phyllis (and “Mike”) as they try to cope with Lenny’s newfound condition. Will fans see some “sparks” between Reeves and Sonny? Absolutely! Absence makes the heart grow fonder, after all! The two will likely “cross a line” during the week of July 26th.

Could the group “in the know” about Baby Louise grow wider and wider? BLQ will feel guiltier than ever this coming week, so perhaps Nina’s words about Cassadine will start to sink in. At this point, ELQ is in a battle with Dr. Austin, who is directly opposed to Valentin. There’s a good chance Brook Lynn may tell Valentin the truth during the week of July 26th.

10. Valentin Is Sworn To Secrecy

Everyone still thinks Peter August is alive, so this won’t affect that investigation; however, could BLQ swear Valentin to secrecy after she tells him about the baby? This would mean he couldn’t tell Anna that their search for the baby is off. With Cassadine and Devane on the cusp of something special, things could get sticky between them if he honors Maxie and Brook Lynn’s wishes by keeping his mouth shut.

GH spoilers tease that Anna will discover someone who might have been on the hospital’s roof with Peter August before he went “missing”. During the week of July 26th, Liz will be troubled by some unexpected developments. Could Devane be on a path that points Elizabeth or Finn to that area? Will they have to tell her a bald-faced lie about Peter, or could Anna figure out that her nephew is still alive?

What if Peter’s body goes missing? What if Liz goes to check on August, and his body is no longer there? That would freak anyone out! There’s nothing that Elizabeth or Finn could do at that point; however, it would make them that much more paranoid about the situation, moving forward.

This week, Chase will work hard during physiotherapy. He wants nothing more than to move his recovery along. Progress will seem slow to him but it isn’t, considering the injuries he sustained while being poisoned. Added GH spoilers for the week of July 26th note that Millow will resist temptation. While Michael and Willow will stop short of crossing a line, could Chase catch them in a kiss?

Chase might not catch the couple in a kiss, but he could overhear a conversation. What if he listens in on them while they explain their feelings for each other, and how they are holding back because of his condition. Could he decide to “fake” his progress to keep Willow around, and apart from Michael?

Spencer is back in town, and his dad knows it. Despite this, Nik still isn’t aware of who the “stalker” is. Could Spencer strike again to create further anxiety for Ava and his dad? Or will he get caught after he attempts another cryptic and eerie message? How will Nikolas react when he finds out his son is behind this?

While Nik knows that Spence is in town, how will Trina feel when she finds out that “Victor” isn’t exactly who he claims he is? Trina is bound to find out that “Vic” is really Spencer Cassadine sometime in the next couple of weeks. Some GH spoilers for this week hint that Trina will have felt lied to (which is exactly what Spencer did), and teasers for the week of July 26th note that Cassadine will spoil something for Josslyn. Will Spence slip into the Port Charles teen scene easily?

3. Reignite Issues Of The Past

Cam and Spencer had a bit of a rivalry when they were kids, as they both struggled for Emma Scorpio-Drake’s attention. Will things cool down between these two, or heat back up now that they are older? While they aren’t biologically related, they were raised as cousins (as Cam grew up with Lucky Spencer for a dad, who was half-brother to Nikolas). Can they move beyond a silly, childhood “feud”?

2. Spencer Has His Eyes On Josslyn

Spencer has some amazing chemistry with Trina. However, will he turn his attention to Josslyn, to get back at Cam? This would surely complicate things, which is what soap opera storylines are all about! Spencer may cause issues between the new couple, “just because”. After all, he’s Spencer Cassadine — this is what he does! As such, he’d have an internal conflict with this arc: ruin Cam by pursuing Joss, or live his best life with Trina.

1. Who Does Monica Choose?

Who else wants Terry to score the hospital’s Chief of Staff position? With that said, could Austin come in the way of that? He’s a reputable doctor, and Monica may decide to give him the role to keep him out of ELQ business. This would be a blow to Terry, but would Monica do something like this? Maybe Austin blackmails Quartermaine? It’s hard to tell at this point if the doctor will be a good guy or a villain. 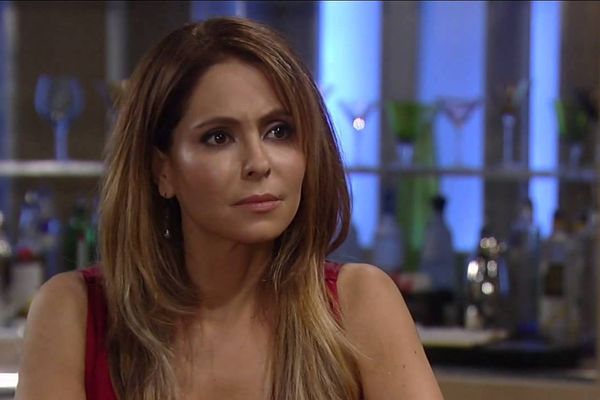