Will Anna be able to find Finn the antidote he needs before it’s too late? Will Maxie and BLQ pull off their baby-swap plan? With all those who despise him, is Peter August a “safe” man in Port Charles? What will become of Jason and Britt? General Hospital (GH) fans just love to speculate on storylines! As such, below are some GH plotline predictions for May 17th to May 28th, 2021.

Anna will continue to search for Chase’s antidote, and all roads lead to Sean Donely. Sounds like Devane will learn that her old colleague has passed away this week, and when Friday hits, GH will air that much anticipated special show dedicated to actor John Reilly and his character. Anna will be on a mission to solve a mystery along with others in the little town, and Donely’s daughter Annie will be at the center of it all.

Annie might be a WSB agent like her dad, or she could be a scientist that can crack the antidote code for Anna. Either way, it’ll be interesting to see the character onscreen because Annie isn’t only Sean’s daughter, but John Reilly’s real-life daughter, too (played by Caitlyn Reilly). The show takes place this Friday, May 21st.

The good news is that Anna is sure to get what she needs from Annie by this Friday. She’ll be able to pass on the antidote to Finn, and Chase will be saved! As Harrison recovers, Willow and Michael will wait in the wings and think of the best time to break the news to Chase. It will still be a long road toward recovery. Chase might even need to move in with Willow to get back on his feet.

It’s going to be a tough two weeks ahead for Maxie Jones and Brook Lynn. Their baby daddies are way too over the top, and both Peter and Valentin will give these ladies major issues. Somehow, Maxie will be able to escape being induced. Somehow, BLQ will be able to slip out of the Quartermaine mansion. With that said, they will meet up at the beach house; however, these two women will hit snags every step of the way.

8. Maxie Has Her Baby

There’s no way May sweeps will end without Maxie having her baby. While Jones wants her Aunt Bobbie to deliver her daughter, something will happen to Spencer. Nurse Chloe could interfere with Bobbie arriving at the beach house. After all, it seems as if the faux nurse will have her eyes on Jones, whether Maxie realizes it or not.

7. Peter Tries To Steal The Baby

It’ll just be BLQ and Maxie trying to deliver the baby at the beach house. They’ll anxiously await Bobbie’s arrival; however, Spencer will be stopped by Nurse Chloe. This will leave Jones and Brook Lynn vulnerable to Peter. He’ll swoop in with a gun, just as the baby is successfully delivered. He’ll try and take the child, but someone will stop him.

6. Peter Will Get Shot

Cyrus (and others) have hinted that Peter could meet his demise soon. Sounds like there’s a good chance that August gets shot during this confrontation. With Maxie and the baby watching on, BLQ will storm towards Peter before he can get to the infant. She’ll be very protective over Jones and the child that she just helped welcome into the world. Brook Lynn will struggle with Peter, and the gun will go off. He’ll get shot, but will that be the last fans see of Peter August?

5. August Leaves The Canvas… For Now…

If Peter gets shot, he could pass away, or even be rushed to the hospital only to drift off. Then there’s the chance that he gets shot and wanders out of the beach house, only to disappear. The delivery will likely happen at night in a rainstorm (isn’t that always the way?). The two women will be more focused on the baby’s health and safety than chasing after Peter. Maxie won’t be able to get up after giving birth; she’ll be in too much pain. They’ll assume Peter has passed away, but a body will never be found.

Although there is no specific date set, actor Roger Howarth (Franco Baldwin) is set to return this May. Could this be a long-term or short-term run? If it’s a one-off, then could ghost Franco return and haunt Peter (if he’s shot)? Could he be the one to link August to his shooting, and clear Jason’s name?

While Lucy Coe knows about the baby, Sasha will continue to try and keep her first trimester a secret from Brando. She’ll push him away, despite how hard he tries to reach out. With that said, GH spoilers imply that Sasha will meet up with Willow during the week of May 24th. She may confide in her and tell Willow she’s expecting. One more person who knows before the father.

2. Brando Will Be Kept In The Dark

There’s a good chance that May sweeps will end, and Brando will still be in the dark about Sasha expecting. There’s also a chance that Gladys slips up and tells him, or he hears it from Cyrus. GH spoilers reveal that Brando will be pushed to his breaking point. If either of these two people tell him Sasha’s expecting (and threaten her), he’ll put two-and-two together and realize what’s going on. He’ll also unleash a fury like none other.

1. Alexis Scores A Win For Butler

Alexis will feel good about a choice she’s made in the coming days. She’s been pushing for Shawn to request parole or be exonerated, and he’s been pushing back. Butler will also get a visit from TJ this week. Could both of them convince Shawn it’s time for him to move on from the past? A future outside of jail has so many possibilities. Sounds like Butler could take the bull by the horns. 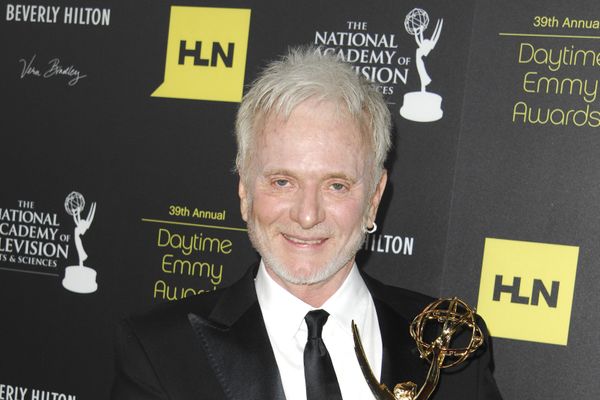