Will Jason escape? Will Carly be able to handle Cyrus as well as meeting with the other five families? What will transpire in Nixon Falls? Will Michael and Willow finally tell Chase the truth? General Hospital (GH) fans just love to speculate on storylines! As such, below are some GH plotline predictions for May 3 to May 14, 2021.

A GH weekly preview hints that Jason will escape from the hospital; however, Britt Westbourne will be in tow. Brick and Carly’s plan will hit a snag, and there’s a good possibility that Westbourne is taken hostage by some of Cyrus’s goons. Could Jason risk it all to save Britt? Sounds like that is what’s going to happen.

Not only will Jason help save his “friend”, but the two might have to go out on the run. Sounds like Jason and Britt will continue to bond this week and next, whether they are running from mobsters or just hiding out. Viewers should also expect some sparks to fly between the two, as teasers indicate some “heated” moments are in store for Brason. (Is it too early for a ship name?)

Seems as if Sam will be on a mission to find Jason over the next two weeks. She’ll make a deal with Dante, so will he offer to help find her ex? She may be in for something unexpected if she finds Jason canoodling with Britt! Regardless, Sam won’t stop until she finds (and seemingly “rescues”) Stone Cold.

If Jason can’t make the meeting, Carly may decide to represent the Corinthos organization by participating instead. She’s set to make her presence “known” this week, and if anyone can handle a room filled with mobsters, it’s Mrs. Corinthos. While not everyone “likes” her, she is certainly someone who can hold her own, and her independence, strength, and bravery since Sonny’s passing have been incredible.

With Jason missing, Jax may have issues with everything going on in Carly’s life right now. GH spoilers for the week of May 10 reveal that Jax and Carly won’t see eye-to-eye on Josslyn, and it sounds as if safety might be a concern. Could something happen between now and next week that jeopardizes the safety of Joss or Carly?

Nina will continue to protect her life in Nixon Falls, so it seems as if more lying is on the horizon. She already dodged a major bullet with Jax, but who will visit the little town next? Could Cyrus Renault stumble upon Nixon Falls? Possibly Brick? If Jason and Britt are on the run, could they swing by Lenny and Phyllis’s bar on their way to nowhere? Will Nina cross a line to keep “Mike” hidden?

GH spoilers note that “Mike” makes a rookie mistake next week. This might have to do with Elijah, as added teasers reveal that Nina will go out on a date with the shady Nixon Falls resident. So could Eli do something to make Reeves uncomfortable, causing “Mike” to react? Or does “Mike” accidentally stumble across Elijah doing something illegal and, because of his “rookie move”, jeopardize being able to nail him?

GH spoilers for the week of May 10 imply that Michael and Willow will have to continue lying to Chase about their relationship. Sounds like Chase will still be on the mend over the next couple of weeks. He might be “okay”, but not okay enough to cope with learning that his girlfriend wants to break up with him and move on. Still, the longer they lie about it, the harder it’ll be in the long run.

4. Curtis and Portia Finally Come Together

GH spoilers hint that Portia and Curtis will grow closer over the next couple of weeks, so could fans finally see these two take the next step? Jordan has seemingly got something going on with Taggert, so perhaps it’s time that these two pseudo-couples cement their respective romances. Maybe fans will get to see sparks fly between Portia and Curtis soon.

While BLQ and Maxie might think they have their plan laid out perfectly, they might be in for something unexpected. What if Baby August decides to come a little early? Time is of the essence and if Jones and Quartermaine don’t have their ducks in a row, this could get tricky. Will the ladies be able to pull this off, especially without Westbourne around to help?

With Britt potentially on the run, could Maxie turn to Spinelli for help with her baby-swap plan? She knows she can trust him in her life, and he is the father of her firstborn. Plus, with Britt (possibly) out of the loop, Maxie may have no choice. She may feel that someone else should be there when her baby is delivered, other than BLQ. And no one would be more thorough or take more precautions than Damien Spinelli. 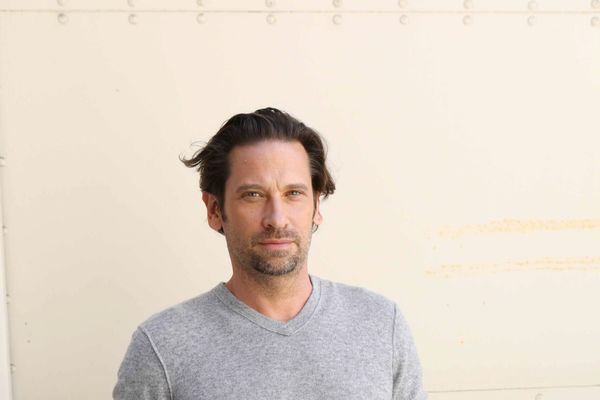 We Weigh In: Was Roger Howarth Fired From General Hospital?