General Hospital Plotline Predictions For The Next Two Weeks (October 4 – 15, 2021)

What will the aftermath between Nikolas and Spencer look like? Will Sonny continue to “hide” his real relationship with Nina, from when he was “Mike”? Where is Valentin, and could Victor eventually get his hands on him? General Hospital (GH) fans just love to speculate on storylines! As such, below are some GH plotline predictions for October 4th to October 15th, 2021.

Nikolas will be outraged by Spencer’s actions over the next two weeks. He’ll find it very difficult to forgive his son and have conflicted feelings about how he’s fathered Spence over the years. GH spoilers hint that Ava will talk with him. Could Jerome smooth things over between Nik and his son, despite what the young Cassadine did to her?

Ava struggles with Kiki’s passing every day. While Spencer’s actions ultimately incited fear for her life and Avery’s, Jerome understands that the relationship between a child and parent is sacred. She’ll encourage Nikolas to forgive Spencer and try to move on. In fact, she’ll act as an example by forgiving Spencer herself. Life is short, family is everything, and the father and son have spent too much time at opposite ends of the fence. It’s time to come together.

Esme will love all the drama she’s created. Plus, her hands were washed clean of any wrongdoing. As such, she’ll make Spencer think that she’ll work overtime to help him clear the air with Nikolas. Of course, she’ll only try to make things worse. Will Spence “wise up” to Esme? He’ll start to have doubts, but he won’t break up with her just yet.

Did Trina ever stop feeling something for Spencer? After everything unfolds, GH spoilers for the week of October 4th note that Trina will feel compassion for someone. Could she feel bad for Spencer when all is said and done? After all, he did come clean on his own accord (technically). Will she feel awful for what Spence has been through, and her role in how the “truth” came out?

Carly knows that Nina knew Sonny was alive; however, she doesn’t know about their relationship. Will Sonny come clean? It’s a hard thing for him to do. He knows Carly will lose her mind and he’s likely embarrassed about crossing a line. It wasn’t his fault, but keeping it from Carly is. The longer he takes to tell Carly, the worse it’ll all be when she eventually finds out.

7. He’ll Turn To Both Nina and Jax

GH spoilers note that Sonny will have conversations with both Nina and Jax over the coming weeks. Sounds as if he may ask both parties to stay hush-hush about his fling as “Mike”. Nina will likely oblige, but will Jax as well? With Sonny back in Port Charles, this could smooth over Jax’s friendship with Carly. He’s already done so much to hurt his ex-wife, he may feel like staying quiet about Nina and Sonny’s affair is the right thing to do.

Now that Carly knows that Nina knew about Sonny, Nina will struggle—especially if Michael and Willow decide to keep Wiley away from her until things settle down. Britt’s about to give someone a piece of advice. Will Nina turn to Britt during this hard time? Westbourne knows how it feels to have “everyone” in town “hate” her. Despite what Nina did, Britt will support her.

It seems as if Valentin could be MIA this week. Does he get trapped by Victor? Does he end up in a holding cell with Drew? This might be a mistake. Both Drew and Valentin are quick thinkers, and they could collectively come up with a way to escape. However, will Victor and Peter allow anything of the sort to happen?

4. Robert Comes In For The Save

Another “hint” that Valentin could be missing (or captured) is the fact that Robert Scorpio is spotted in GH spoilers for the week of October 11th, and will help Anna with something. If Valentin was missing, Devane would likely reach out to Scorpio for some assistance. After all, he is her right-hand man!

GH spoilers for the week of October 11th reveal that Victor will have some horrific and diabolical “orders”. Does he decide to get rid of everyone, including Liesl? Will he ax Valentin and Drew? He knows where Nurse Chloe is, so does he get the doctor in charge to ruin her recovery efforts?

Romantic relationships will certainly advance over the next couple of weeks. Dante and Sam will likely take their romance to the next level, while Liz and Finn may go out on a date and share a kiss. With Jordan out of the picture, Portia and Curtis will reconnect and pick up where they left off. BLQ and Chase will possibly bond a little more and even question where their friendship is headed.

Spinelli’s single, so it’s natural for GH fans to think that there’s a chance for Maxie to reunite with her old flame. However, so many teasers seem to hint that Jones could have “something” going on with Dr. Austin. Who will it be? Could Maxie gear towards Spinelli, only to have Austin catch her eye? 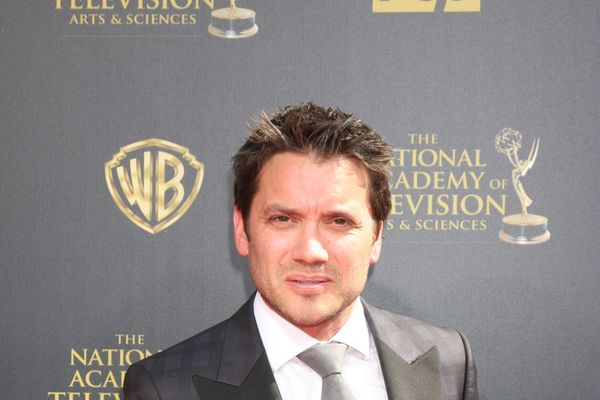